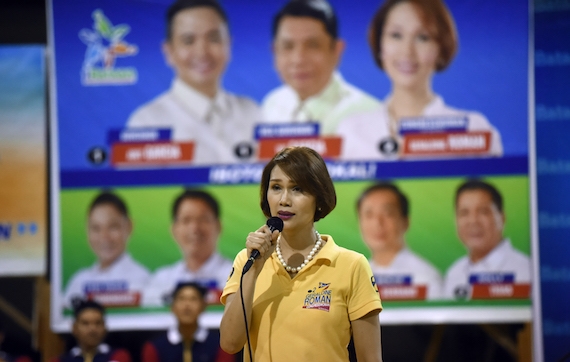 NEW YORK, June 2, 2016 — Congresswoman Geraldine Roman, who recently became the first transgender politician to be elected in the Philippines, will deliver a keynote address at Asia Society's Diversity Leadership Forum on June 10, the organization announced. The Forum is a two-day conference on best practices in global diversity and leadership.

In May, 49-year Roman won a seat in the House of Representatives. Her victory is viewed as a breakthrough for LGBT community in a country that is considered traditionally Catholic and conservative, and where divorce, same-sex marriage and abortion are still illegal. Roman, a former journalist who speaks five languages and holds two Master's degrees, says she will champion equal opportunities under broader a platform.

Media interested in attending the event should email pr@asiasociety.org.