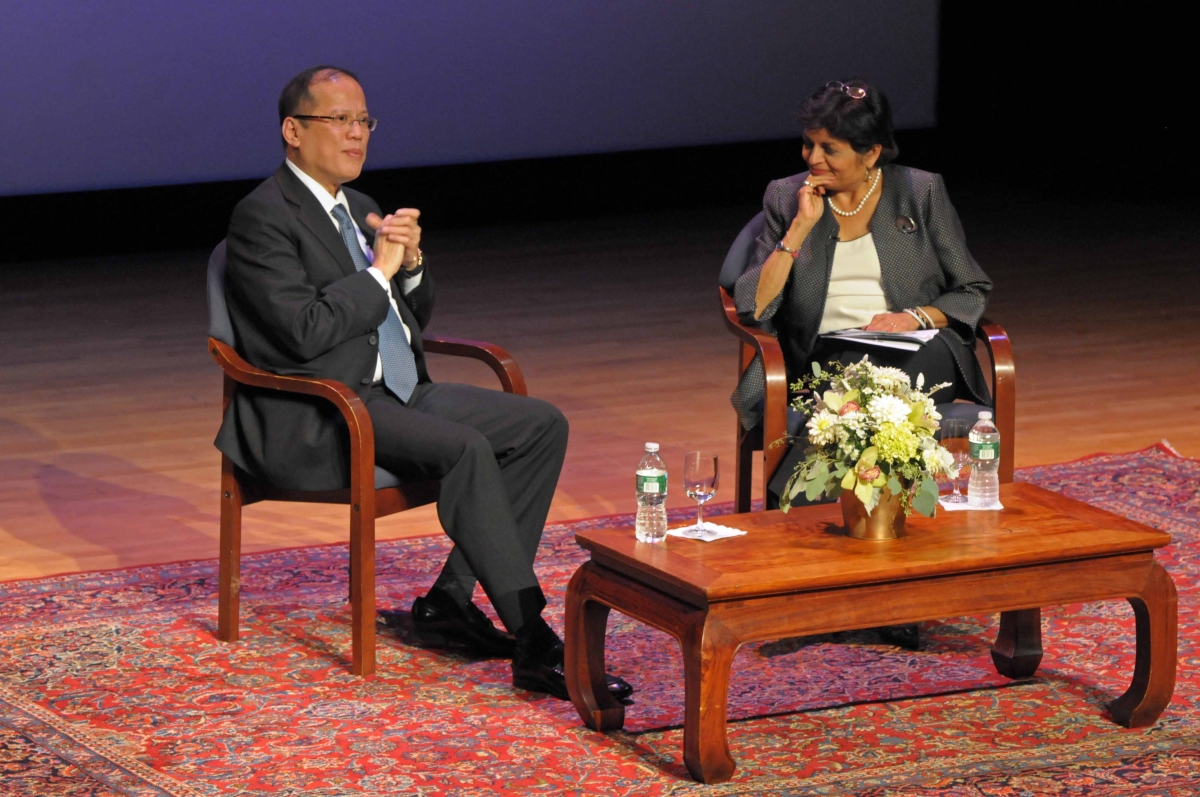 NEW YORK, September 20, 2011 — Philippine President Benigno Aquino III followed in his parents footsteps by speaking at the Asia Society in New York Tuesday night, but he admitted the difficulties he currently faces "pale in comparison" to what his parents, the late Senator Benigno "Ninoy" Aquino Jr. and the late President Corazon Aquino, had to deal with.

Aquino said his administration was "seeking to nurture democracy."

"Our administration is committed to transformation: from a country where nice guys finish last, to one where those who deviate from the straight and narrow will face punishment for their crimes," Aquino said.

"Our goal is to empower the citizenry so that, regardless of who is in power, the citizenry demands the authentic rule of law. The task I have assigned to my colleagues in government is to demonstrate this by means of sustained reforms that foster merit, transparency, and accountability."

In a post-speech discussion with Asia Society President Vishakha Desai, Aquino commented on a wide range of issues, everything from gay marriage to disputes in the South China Sea.

In his speech, Aquino said he hopes his country can "maintain good neighborly relations" with China regarding their ongoing territorial disputes. "In our competing claims in the West Philippine Sea," he said, "we have already drawn the line between what is disputed and non-disputed in terms of where we would never relinquish our sovereign rights."

Pressed further by Desai, Aquino added, "In (China's) particular case, the concept of saving face is (so) important. We think they will be reasonable, but they also need to have some means that their face is preserved.”

Aquino initially demurred when the topic of gay marriage was raised, saying, "I don't think I'm ready to tackle that fight right now." But he quickly added, "It is their choice. Normally I would say, you're adults, you should be able to do whatever you want so long as it doesn't hurt anybody else.

"But if the next step is we want the right to adopt, then, I would be in a dilemma. My priority would be looking after the child who has a very tender and impressionable mind."