A Pearl S. Buck for the Chinese | Asia Society Skip to main content

A Pearl S. Buck for the Chinese 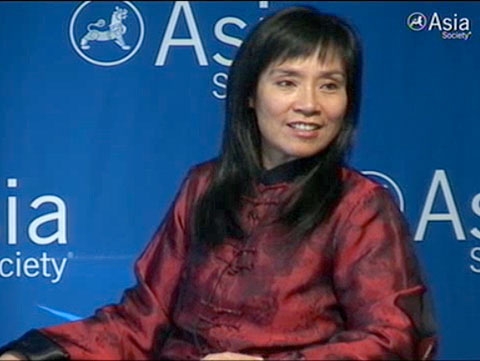 NEW YORK, April 23, 2010 — An act of historical reclamation and an homage from one writer to another, Anchee Min's new novel Pearl of China reimagines the life of Nobel Prize-winner Pearl S. Buck (The Good Earth) from a Chinese perspective. Min explained her new book's genesis in a lively talk with Center on US-China Relations Fellow Emily Parker that launched Asia Society's Asian Pacific American Heritage Month of programming for 2010.

Recounted by Willow, a fictionalized young Chinese contemporary of Buck, Pearl of China chronicles Buck's upbringing, as she spends the first years of her life in China with her American missionary parents. It then follows her through years of political turmoil, as she encounters resistance from Chinese authorities later on in life and is ultimately denounced as an American imperialist by the Mao regime. Weaving personal narrative and historical events, the novel documents the Boxer Rebellion, China's civil war, and Mao's totalitarianism.

Min lingered on her desire to reclaim Buck for the Chinese people, noting the latter's deep attachment to China, and the ways in which media representations of Buck distorted her true political and personal beliefs. The genesis of Pearl of China came during a reading for one of Min's earlier books, when a woman in the audience admitted that "it was reading Pearl Buck that taught [her] to love the Chinese people."

Min also commented on her own vexed relationship with China. As Parker noted, Min's books are not readily available in either China or in Chinese, despite the fact that they have been translated, globally, into 33 languages. Min remains undeterred, however, stating that it was her mission to "offer this country [her] knowledge of China." "I make all my books entertaining," she told her listeners, "yet when [readers] finish them, they have a solid history of China."

Despite the often somber discussion the subject matter elicited, Min brought her characteristic flair to her presentation, constantly entertaining the crowd with witticisms, anecdotes, and demonstrations. At one point she enjoined the audience to "Imagine blonde-haired, blue-eyed Pearl singing Chinese peasant opera," and followed up by singing several verses of Chinese opera herself.

Shop AsiaStore for Pearl of China