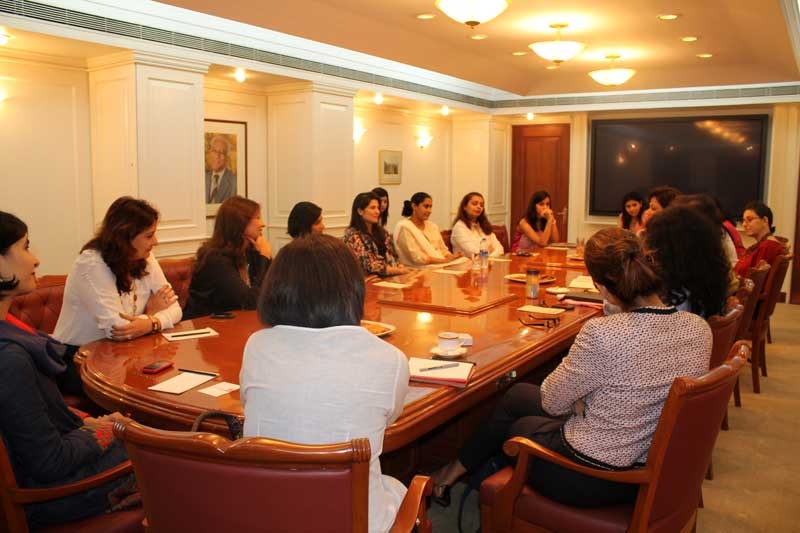 MUMBAI, July 25, 2012 — The percentage of women in the workforce has been growing rapidly, but with this change, finding a balance between one's career and motherhood emerges as a major challenge.

Obaid-Chinoy noted that gender roles in Pakistan are changing as there is a growing middle class in the country that is more liberal and vocal, and because the financial crisis has driven more women to work to meet financial needs of families. Because of this, women have moved into professions such as acting and news broadcasting, which were dominated by men a decade ago. There is also an increase in entrepreneurship among women for this reason, with their setting up organizations such as bakeries and catering companies.

On the topic of women leaders, many agreed that when women are being assertive, they are often mistaken for being aggressive. Further, several participants felt that successful women are too comfortable in their own spheres and so do not work to empower other women, thus preventing the formation of a large-scale women's rights movement in the region. Some argued that women need to be better role models in society, working to actively empower other women.

Obaid-Chinoy said that her main reason for making Saving Face was that she wanted people to be confronted with the issue of acid attacks on women. Although laws exist to protect women in such situations, she said, implementation and enforcement are sorely lacking.

This event was co-hosted with columnist and Independent Advisor Ameeta Chatterjee.