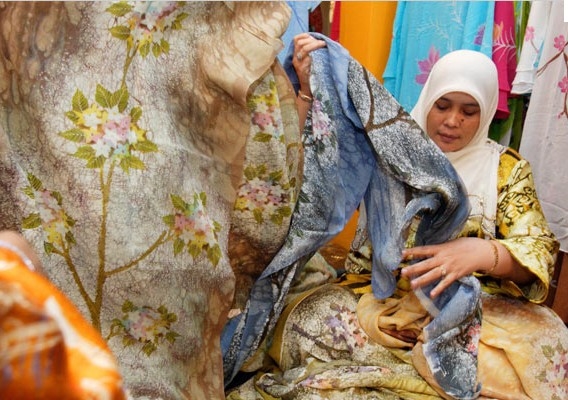 SAN FRANCISCO, September 16, 2011 — Secretary of State Hillary Clinton delivered the keynote address to the Asia Pacific Economic Cooperation’s Women and the Economy Summit at the Westin St. Francis in downtown San Francisco, summarizing the concerns and hopes many women — and men — had expressed in preceding APEC summit meetings.

After the keynote address, Secretary Clinton and fellow Ministers and high-level government officials for the APEC (Asia Pacific Economic Cooperation) economies, were sequestered into the Colonial Room, and after over two hours of discussion, emerged with a declaration intended to broaden women’s involvement in the APEC economies.

The San Francisco Declaration, envisioned as a roadmap, brings attention to the substantial opportunity for economic growth in Asia and North and South America. Robert Hormats, Under Secretary of Economic, Energy, and Agricultural Affairs, cautioned that not including women in economy is costing APEC nations $47 billion a year in potential growth. Valerie Jarrett, Senior Advisor to President Obama and Chair of the White House Council on Women and Girls, summarized the goal of the summit by emphasizing that empowering women was a means, not just an end. “Improving opportunities for Women and Girls is not just about Women and Girls. It affects our entire economy and society.”

The Declaration identifies four priority areas in which progress is not only desired, but crucial for the success of Women in APEC. The first of these is access to capital. The document calls on officials within the region to encourage “more inclusive access to financial services for women entrepreneurs and business owners” and better the legal rights of women regarding property and inheritance.

As part of a panel focusing on the economic impact of educated women, Jeni Klugman, Director of Gender and Development for The World Bank, brought attention to a lesser-known consequence of the lack of capital, a phenomenon known as the “sticky floor.” Klugman reminded the audience that the glass ceiling, indeed a problem to many women worldwide, is a setback more commonly associated with women in Western, developed economies. Women in developing nations suffer from a lack of the most basic access to capital, and frequently find themselves trapped in low-skill labor, such as farming. Even within the agricultural sector, Secretary Clinton noted that female farmers are up to 30 percent less productive than their male counterparts due to this lack of necessary resources and capital.

Women’s exclusion from skilled labor often takes a paternal, almost chivalrous tone — women are pressured or blatantly barred from professions deemed too hazardous, or unseemly. "What's dangerous and unhealthy,” Secretary Clinton retorted, “is denying women the chance to participate in the workforce and support their families."

The Declaration recognizes that access to capital can only go so far. The success of women entrepreneurs depends also on the ease of access to markets and, more importantly, “networks and associations that can assist women to access business connections.” The importance of women supporting and growing APEC economies has been underscored by the recent recession, according to Secretary Clinton. Of the new jobs anticipated in the next few years, it is expected that women will create one-third.

Looking forward, the dearth of social services, such as childcare and healthcare for the elderly, remain major barriers to women entering the job market. Dr. Rebecca Black, Acting Secretary of Commerce (U.S.) and Under Secretary of Commerce for Economic Affairs, stated that despite the success of anti-discrimination laws in the U.S., women across the APEC region are still expected to be the main, if not sole, care providers to not only their children, but their parents and spouses parents as well. However, specific methods for tackling culturally traditional responsibilities attached to women were not mentioned in the Declaration.

Regarding these social challenges, Shahrizat Abdul Jalil, Malaysia’s Minister of Women, Family, and Community Development, was optimistic and strongly emphasized the progress that has been made within the APEC region — 70 percent of Malay students are women. Jalil and many others agreed that the best way to empower women is through education.

The Declaration calls on ministers and officials to increase women’s access to education and training in technology, entrepreneurship, and business modeling, which would, according to “empirical studies,” increase women’s access to better jobs and entrepreneurial knowledge. However, many of the concerns raised over the course of the summit focused more on the steps before higher-level education and training. Klugman praised certain APEC economies for making recent advances in women’s education, but underscored the dire need for progress in others. Within the APEC region, the "average education of women is only 10 years; 3.5 years in Papua New Guinea, and 5.5 years in Indonesia."

According to Anne Ladky, Executive Director of Women Employed, educational institutions in more developed regions of APEC must be willing to offer support services to alternative students, such as women with families. These services, like easily accessible academic advising, early warning systems for failing students, and schedules tailored to working women, have not been made widely available due to the ingrained assumption that all university students live on campus and are, first and foremost, students.

Christine Lagarde, Managing Director of the International Monetary Fund, was asked to discuss the difference in men and women’s management style. She replied that “it's hard to compare male and female business style, especially when so few women are in decision-making positions.”

Perhaps the most difficult challenge ahead will be encouraging today’s girls to step into roles of tomorrow’s leaders. In light of this, the Declaration’s “request” that APEC ministers “encourage” women leaders, “publicize the economic benefits gained from promoting work-life balance” and “make a concerted effort to include at least one woman in their APEC Business Advisory Council membership” seem shortsighted and insufficiently ambitious among the goals set for the coming year.

Granted, discriminatory laws are much easier to repeal than hearts and minds are changed, and perhaps we should be thankful that “Women and the Economy” is finally a ministerial-level discussion. But as a top government official from APEC 2011’s host country, where much progress has been made on women’s issues, Secretary Clinton’s closing remarks sentiment that “this is the beginning of a very promising future for us all,” seemed timid if not obsequious.

The Charter APEC Women in the Economy Summit was declared a success and indeed gave women around the world renewed determination to empower their sisters and mentor the next generation of women leaders. It reminded both men and women that, "Women,” in the words of Chairman Mao, “hold up half the sky," and should be allowed, and encouraged, to support and grow at least half of the economy.

Looking forward, the fight will undoubtedly be long, and successes will be uneven and difficult to measure. The San Francisco Declaration, a groundbreaking document, is the embodiment of the dreams of the women of APEC, and lays an important foundation for bolder and more specific promises and policies in the future.