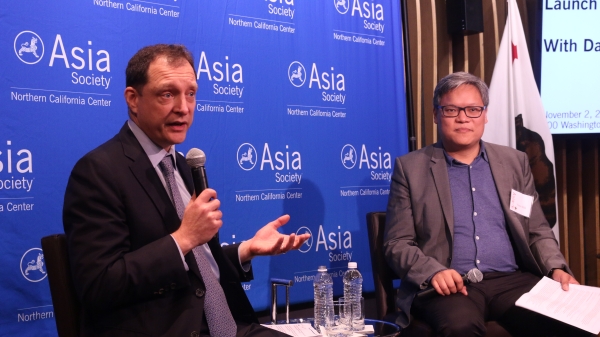 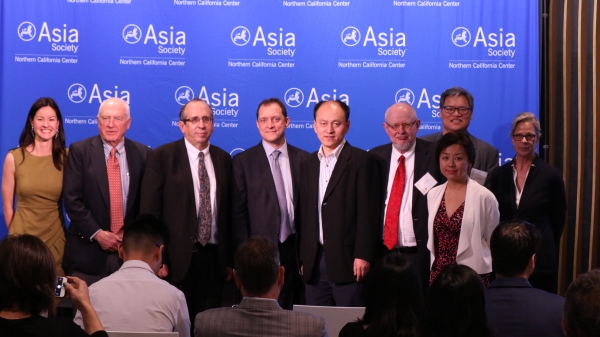 All the panelists pose for a group photo. (Kevin Kunze/Asia Society) 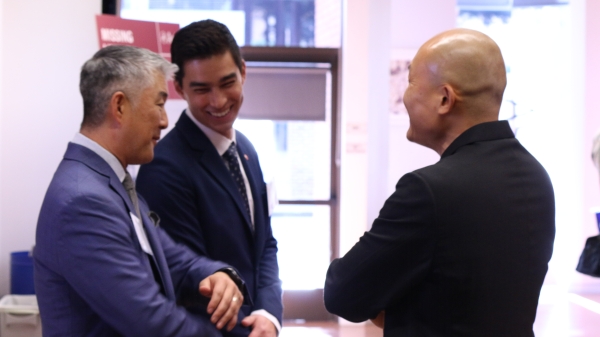 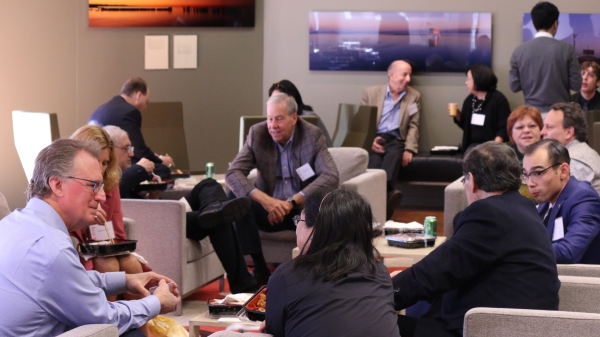 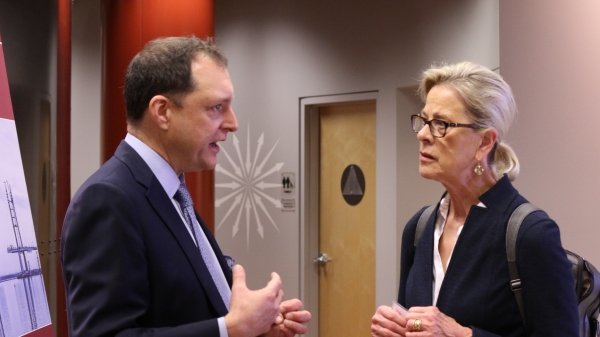 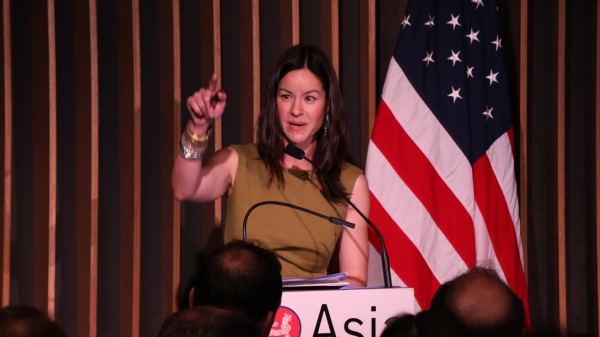 Margaret Conley welcoming everyone to the program. (Kevin Kunze/Asia Society) 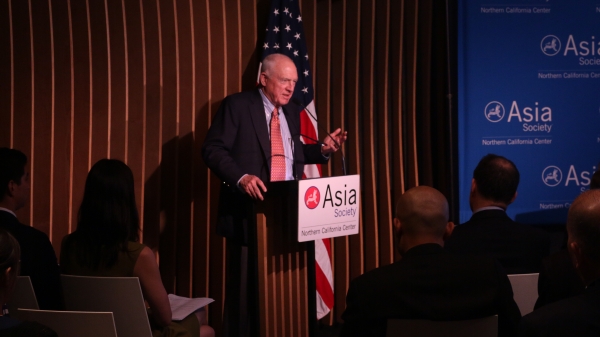 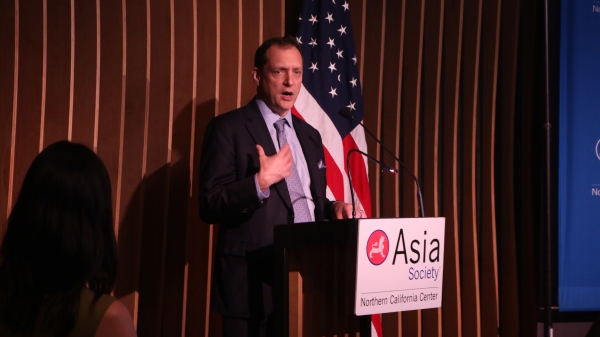 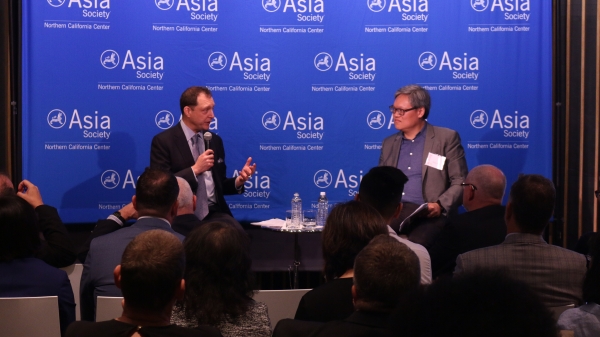 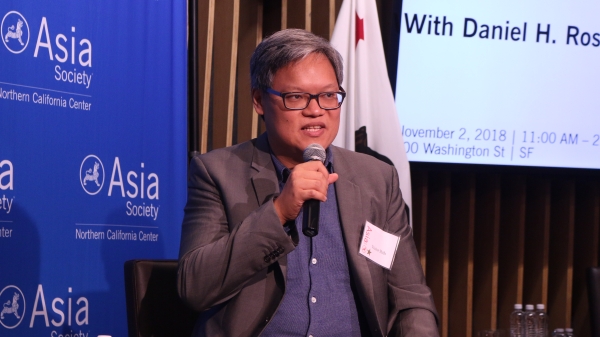 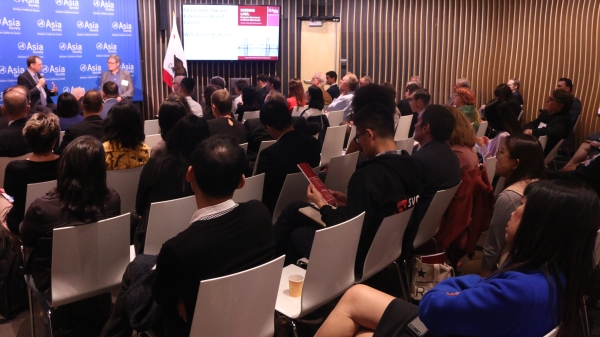 The November 5 report launch was sold out. (Kevin Kunze/Asia Society) 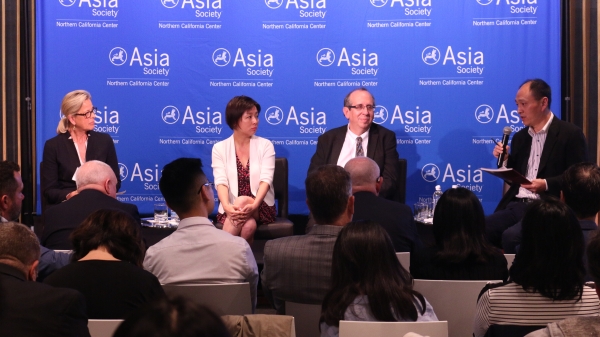 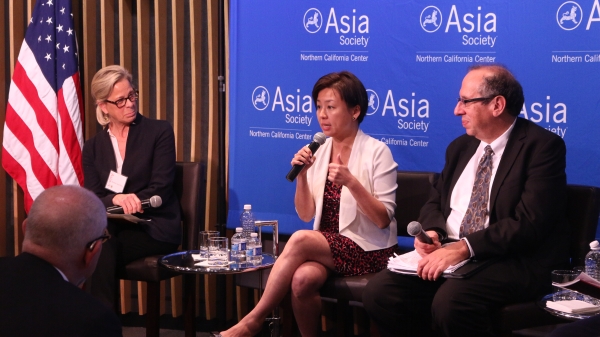 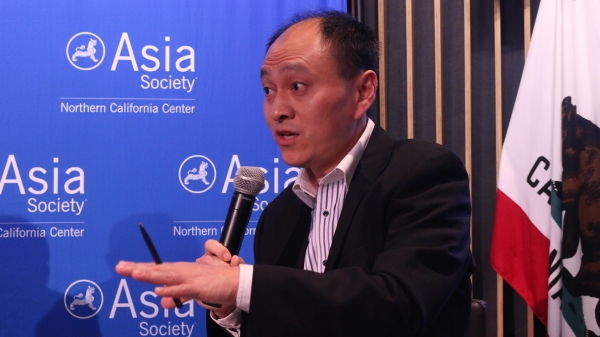 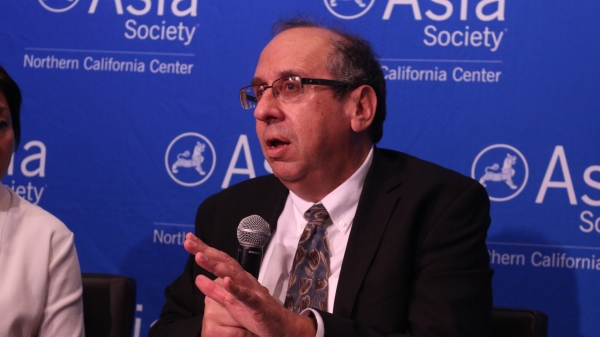 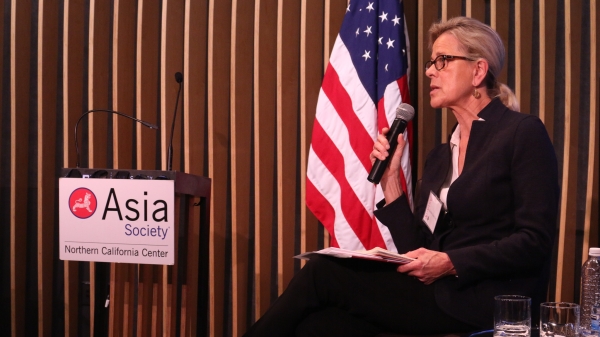 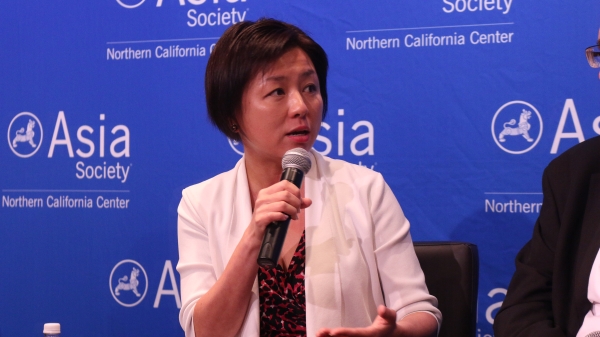 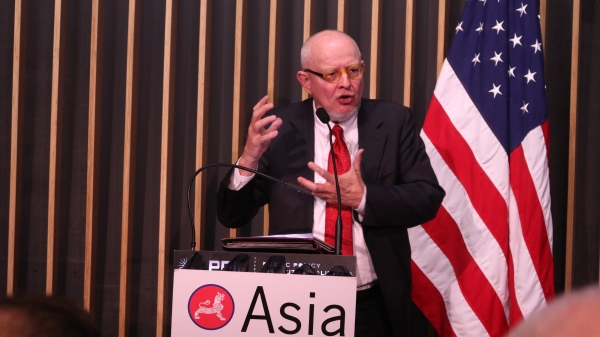 The sold-out event started with brief introductory remarks from Executive Director Margaret Conley and Honorary Chairman Jack Wadsworth, who then opened the floor to Rosen's presentation of the report's key findings. Victor Shih joined Rosen afterwards to interview him, asking detailed and nuanced questions which led thought-provoking conversations between Rosen and Shih not covered in the presentation itself. After the dialogue, Marsha Vande Berg, Edith Yeung and Mark Cohen joined moderator Hongbin Li for a panel discussion and shed insight on the different aspects of corporate governance in China. These areas of dialogue included private Chinese firms, intellectual property, trade laws, and the labor market. Concluding the program was Chairman Kenneth P. Wilcox who summarized some of the report findings as well as the day’s discussion.

Watch Dan Rosen's presentation of the report plus his conversation with Professor Victor Shih. (1 hr.)

Watch the panel discussion about the report and Chinese SOEs. (1 hr., 16 min).

Press coverage includes the Financial Times and The Telegraph.

“By reviving the Maoist concept of self-reliance, Xi’s comments signal that state-owned enterprises will play an even greater role in the economy by leading efforts to achieve supremacy in key technologies,” said Wendy Leutert, a postdoctoral fellow in Chinese politics at Columbia and Harvard universities who co-authored a recent Asia Society report on state-owned enterprises.

China’s government talks about reform – while it tightens its grip
The Telegraph, November 12, 2018

"China’s state-owned enterprises (SOEs) dominate its economy. A recent report by the Asia Society details to what degree: they account for 56pc of domestically-listed firms’ total revenues and 40pc of their total market capitalisation."

Will history remember the coming Trump-Xi dinner party?
Whether it's hamburgers or humble pie, there is a strong chance the host will make a meal of it
Asia Times, November 17, 2018

“Actually, a recent report by the Rhodium Group for the Asia Society revealed that SOEs make up only 5% of all the companies in China, but account for 28% of the industrial assets and generate only 18% of the total profits. Their return on assets is a woeful 2.9% vs 9.9% for private enterprises. At a minimum, Trump’s fear of China’s SOEs has been misplaced.”

‘Bring Me Tariffs’—How Trump and Xi Drove Their Countries to the Brink of a Trade War
In the corridors of power, officials from the U.S. and China maneuvered and often miscalculated
Wall Street Journal, November 28, 2018

Bob Davis cited a chart/data from the report.