Past as Prelude? William Dalrymple on Afghanistan | Asia Society Skip to main content

Past as Prelude? William Dalrymple on Afghanistan 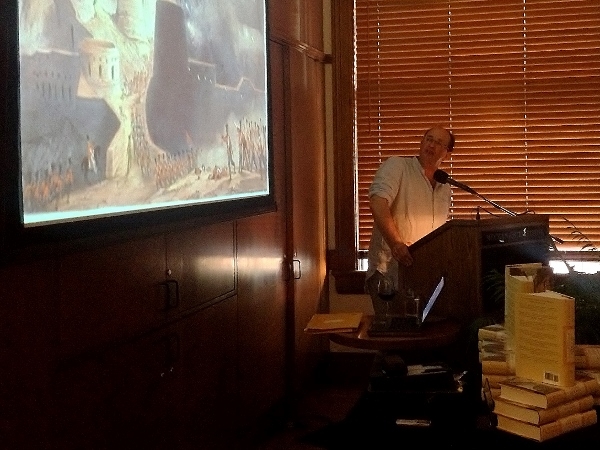 ASNC hosted renowned journalist, travel writer, and historian William Dalrymple for a discussion of his latest work, The Return of a King: The Battle for Afghanistan, 1839-42, on May 1st in San Francisco. Dalrymple draws a direct line between the British East India Company’s ill-fated 1839 invasion of Afghanistan and the current American presence in the country. Despite nearly two centuries between them, Dalrymple sees almost eerie parallels between the two episodes and the lessons one ought to draw from them.

Dalrymple’s five years of research and writing drew from numerous, previously untapped original-language sources, and brings a new level of detail to his tale of the fatal miscalculations and hubris that lay behind the invasion. On the basis of a spectacularly ill-informed assessment of the Russian threat in the region, the U.K. opted to invade Afghanistan and install a British-friendly Monarch by the name of Shah Shuja–sort of an Ahmed Chalabi for a different era, said Dalrymple, although Shah Shuja had already been driven from power some years earlier. Following an all-too-fleeting moment of popular optimism for the new regime, Shah Shuja was quickly cast aside in 1841 by a revolt by Afghan people, who went on to drive out the British, killing all but one soldier in the process.

Dalrymple’s gifts as storyteller bring new life and detail to this often-told story. For the Afghans, the repelling of the first British invasion is akin to George Washington crossing the Potomac--a creation myth for the Afghan nation.  Using old technology to its maximum ability (the Afghan rifle had less firepower but more range than the British model in use), the Afghan’s low-tech model of resistance was highly effective then and remains in place today.

What's next for Afghanistan? Not, Dalrymple believes, a return to power by the Taliban. Its forces, some 250,000 at their peak, have dwindled to around 25,000, and they are widely disliked in much of the country. But nor will the Karzai regime be able to retain power without heavy American support. The best hope, Dalrymple believes, is for a negotiated settlement between the Karzai coalition forces and elements of the Taliban-–the Richard Holbrooke model, in short. But it is just as likely that negotiations will fail, plunging the country back into civil war.

With the U.K. and (arguably) the U.S. having failed to create a stable Afghanistan, who is next among the foreign powers to make its bid? Dalrymple said it may be China, which is attracted by the country’s vast lithium and other mineral deposits. The question would then become whether China will do a better job in learning from the past than its predecessors have. As of yet, its focus on trade and eschewing of political-military designs is an encouraging sign.

Read an excerpt from The Return of a King here.