Off the Menu: Sushi as Kaiseki with Nori Kusakabe | Asia Society Skip to main content

Off the Menu: Sushi as Kaiseki with Nori Kusakabe 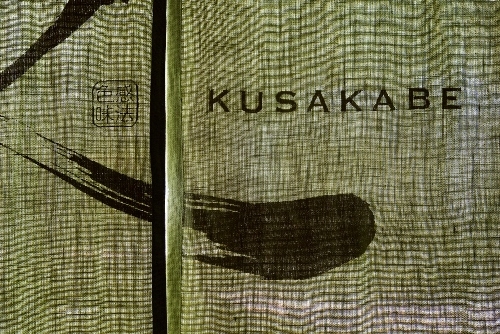 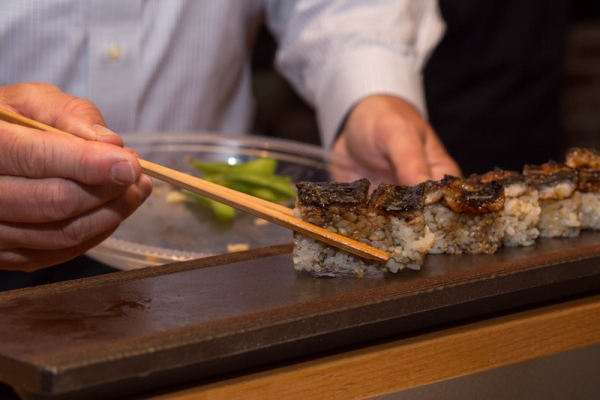 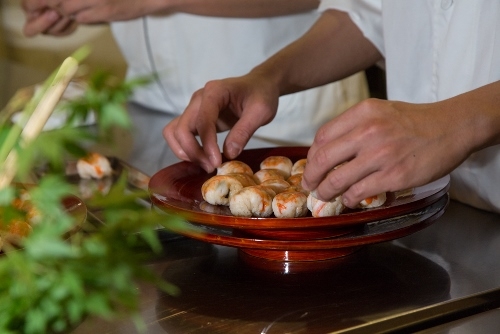 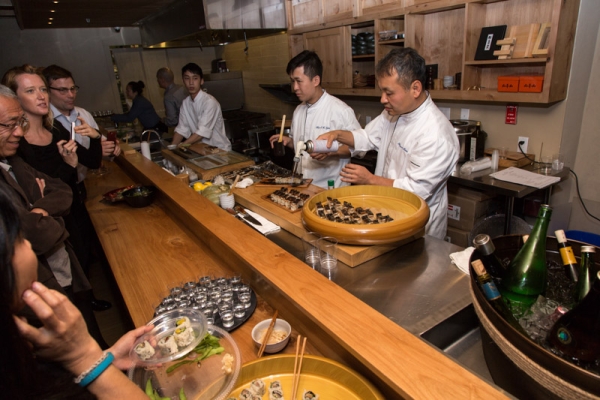 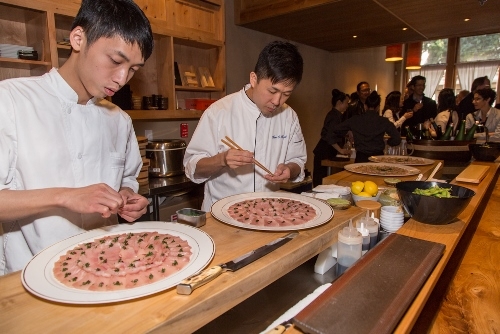 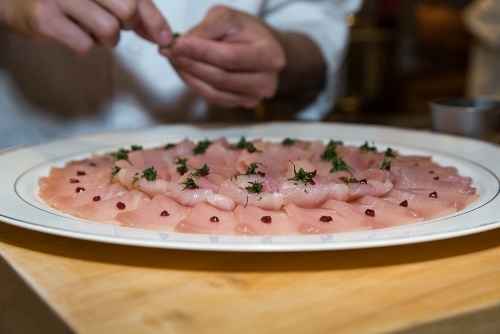 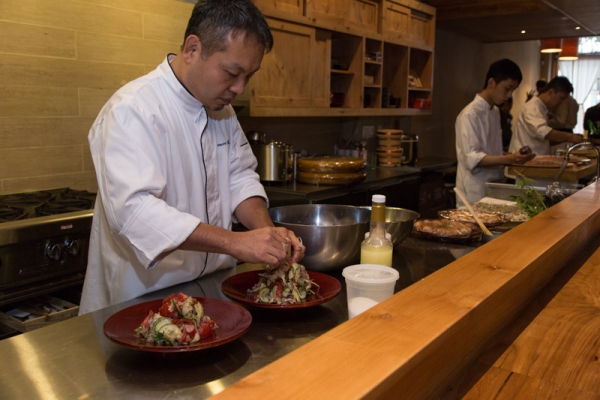 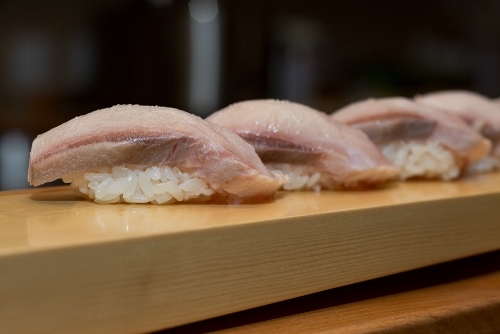 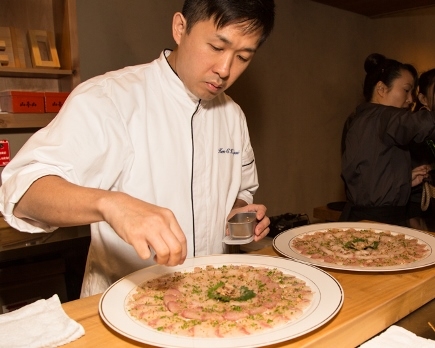 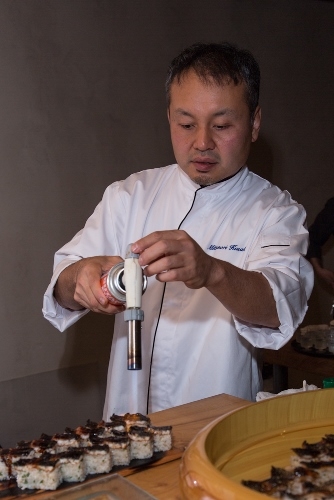 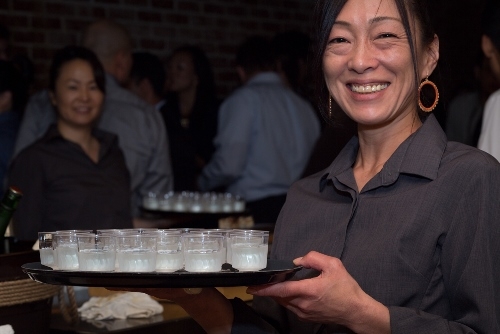 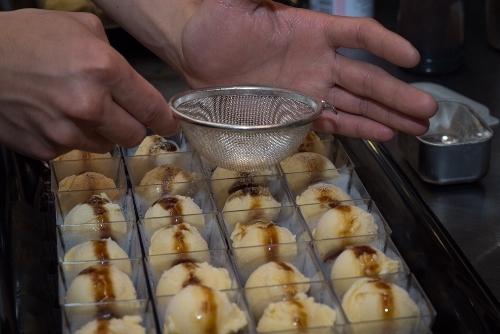 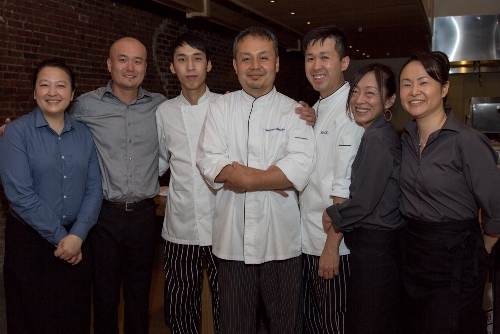 ASNC’s latest Off the Menu dinner was held on June 16th at KUSAKABE, just five doors down from our offices in the Financial District. Mitsunori Kusakabe, chef and co-owner of the restaurant, served hako-zushi, soy sauce-cured, blowtorched chū toro, and other specialties rarely available outside Japan. The event, long sold out and held just a few weeks after KUSAKABE’s opening, gave guests a close-up look at Chef Kusakabe’s brilliant fusion of sushi and kaiseki technique.

Kaiseki cuisine, known for its meticulous preparation and beautiful presentation, was originally tied to Zen Buddhism and Japan’s traditional tea ceremony, but it evolved over the centuries to become known for lavish, multi-course meals featuring local and seasonal ingredients and based on the principle “five colors, five tastes, five feelings, five methods” (五色五味五感五法). While kaiseki may include sushi among its many dishes, Chef Kusakabe’s innovation was to apply kaiseki principles and techniques to sushi itself. That may sound like an obvious move in retrospect, but nobody had done it before.

Dinner guests sampled a variety of maki in addition to the chū toro, shabu-shabu style ocean trout, cherry wood-smoked hamachi, tuna sashimi, and wave after wave of other dishes. KUSAKABE’s sake sommelier treated guests to beautifully chosen sake pairings before the meal was topped off with bowls of tofu ice cream.

Over the course of the evening, three things about KUSAKABE stood out:

1. The joys of kaiseki sushi. Each bite of sushi revealed a new combination of flavors and textures that made one wonder, “Why hasn’t anybody done this before?”
2. No attitude. Sushi restaurants can be intimidating, even forbidding; not so at KUSAKABE. As a smiling Chef Kusakabe shuffled around the restaurant in his geta, supervising preparations, chatting with guests and posing for photos, everyone could see how much stock he puts in being welcoming and gracious. (Or, he’s just a really nice guy.) That hospitality was matched by his staff.
3. Calm, clean, and serene. Set within the bustle and rumble of San Francisco’s Financial District, the restaurant stands out as a quiet oasis of clean aesthetics. The brick wall and sleek lines of the interior create a calming atmosphere that feels miles away from the office towers just outside.

The evening wrapped up with more sake, some samples of high-end matcha brought by moderator Eric Gower, and lots of group photos. Stay tuned for our next Off the Menu event to join in on the fun! In the meantime, check out KUSAKABE on Yelp, where it has earned a perfect five-star rating.

For more on matcha, come to our July 30 Go Green with Matcha Tea program with tea expert Eric Gower!