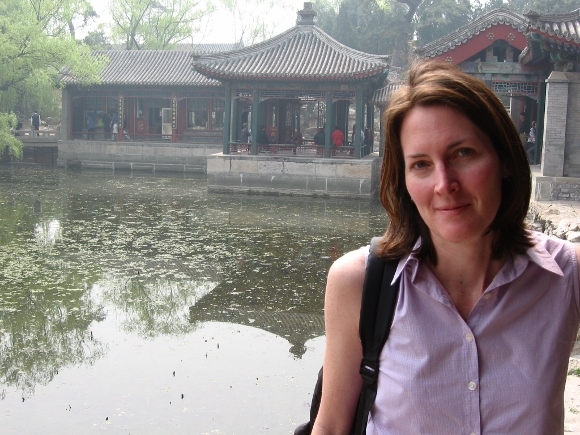 I grew up in Minnesota in the 1960s and ‘70s with a jumbled collage of images of Asia – an exotic land of silks and spices, ancient wisdom and martial arts, a troubled land of war and famine, injustice, and grinding poverty. Where, as a child of the suburbs, did I get these impressions? I saw the news footage of that war-plagued time. I watched the movies. I met few Asians.

And yet, something about some of the images I saw – especially of Vietnam – made me, as an adult, want to get to know what the place and its people were like when there was no war. In my mid-20s, I packed a couple of bags and a primitive laptop computer, got a couple of vague promises from editors to take stories, and moved out to East Asia for what I thought would be a year or two, but ended up becoming 25. Once there, I just couldn’t quit the richness and complexity and contradictions of the many Asian countries I covered, the extraordinary people I got to know, and the dynamism of a region shrugging off a troubled past and beginning to sprint into the future.

As I grew to understand more about Asia by living there, I realized how simplistic and sometimes just plain wrong were the images and stereotypes of Asia I’d absorbed growing up. I also saw that, while hundreds of American and other foreign correspondents were based throughout Asia, trying on a daily basis to engage with the places they covered, fairly and with nuance, those weren’t necessarily the stories or images that Americans were quickest to absorb. For sheer impact on the American imagination, Jackie Chan and “Memoirs of a Geisha” trumped reportage on the ground. So, too often, did U.S.-based talking heads, often with political axes to grind. Strong opinions with a weak fact base can get outsized airtime, and have outsized impact. Stereotypes, generalizations, and even racism can be as comforting to some as they are destructive to others.

As a nation, we haven’t yet entirely shrugged off the impulse to exoticize Asia and “otherize” Asians. (My friend and colleague Sheri Prasso wrote incisively on this phenomenon in her book The Asian Mystique.) This baffles and bothers many Asians, who resist being lumped together as one amorphous group. Asia, after all, is some 45 different countries with hundreds of different languages and cultures and almost two-thirds of the world’s population. An Indian journalist friend of mine said being in China was a far more foreign experience for her than living in England. Cambodians are quick to say how different they are from Vietnamese, Vietnamese from Chinese, and, even within China, many Turkic-speaking Uighurs feel little in common with Han Chinese except mutual antipathy. Here, on the other side of the world, it’s not always easy to see these distinctions.

Yet, over time, I’ve noticed the perception gap narrowing between how Americans see Asia and how Asians see themselves. More Americans have been traveling to Asia, and more Asians to America – both to visit and to live. The internet allows far more ideas and interactions to flow. American popular culture has become more sophisticated in its portrayal of Asians, thanks in no small part to the contributions of Asian Americans. And the rise of Asian cinema has introduced to Americans a new way of seeing the region, through the eyes of those who live there. A Chinese friend of mine now living in the United States says if there’s any stereotype she regularly encounters here about Chinese people, it’s that they’re driven super-achievers, especially as students. As stereotypes go, she jokes, it’s not so hard to bear. At least, it’s progress.

If you weren't able to attend our June 25th program, you can view it in full here: