A Compelling Portrait of Exile and Displacement - By Emily Purvis 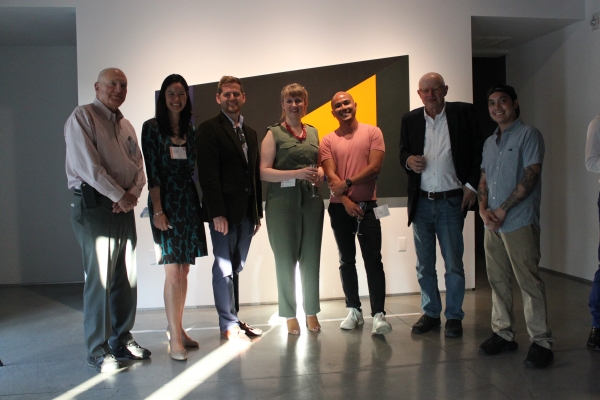 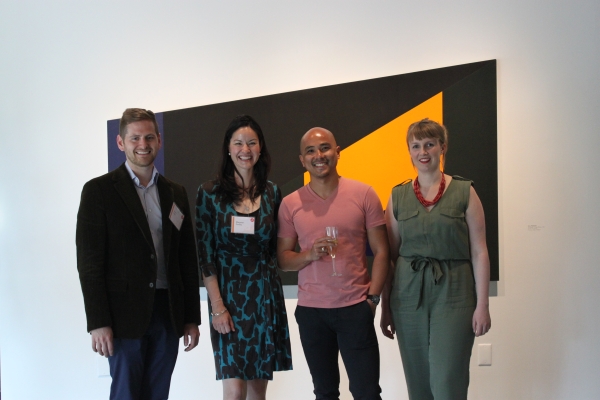 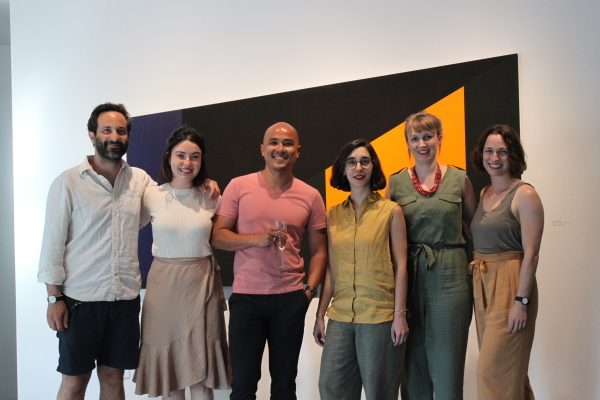 The staff of KADIST poses beforehand in their gallery. (Joohyun Park/Asia Society) 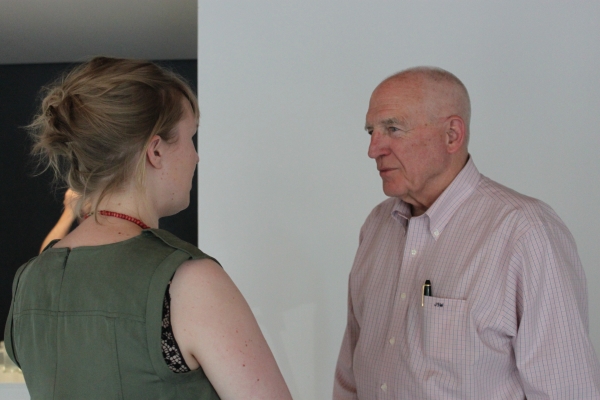 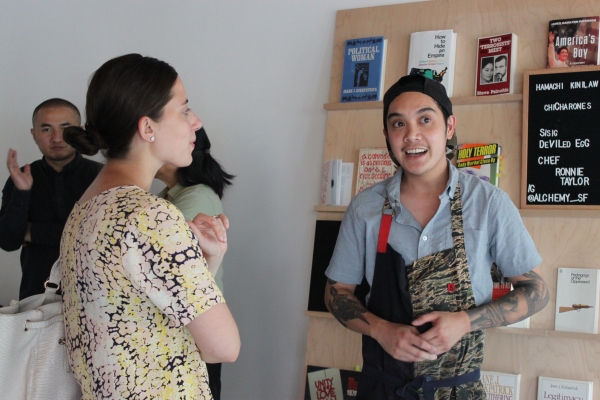 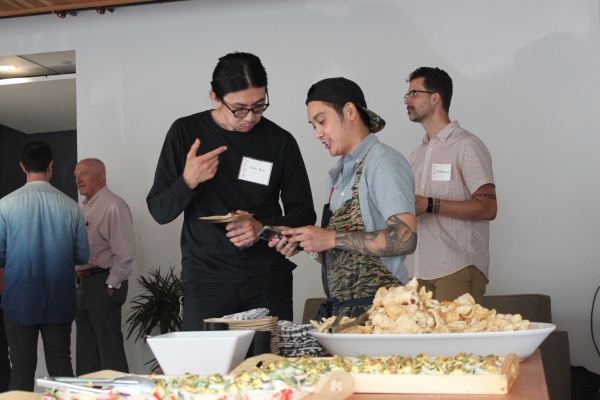 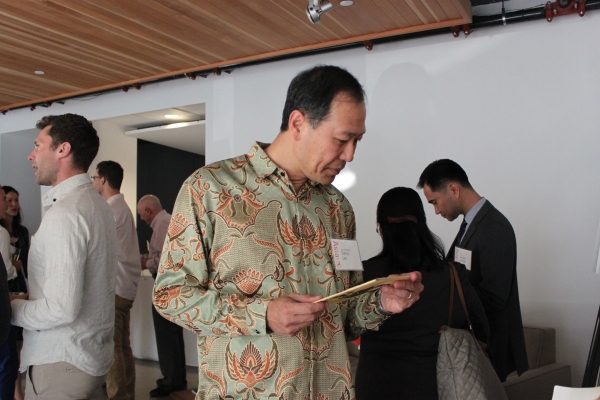 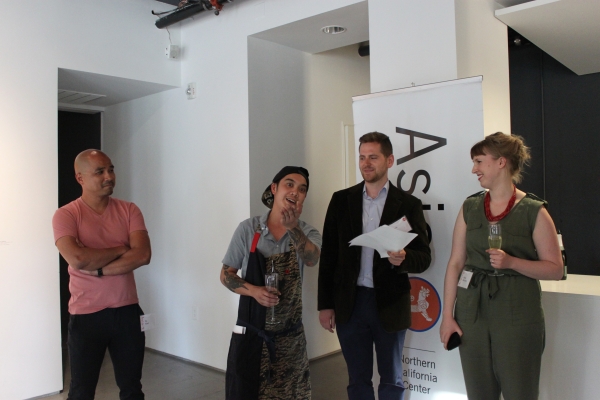 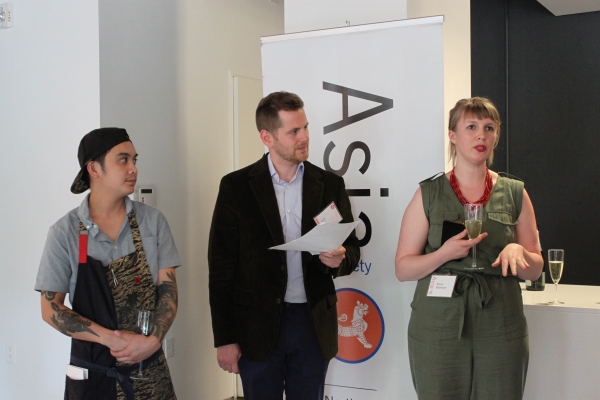 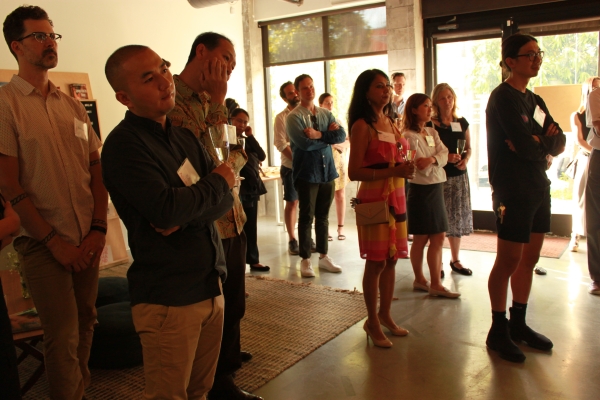 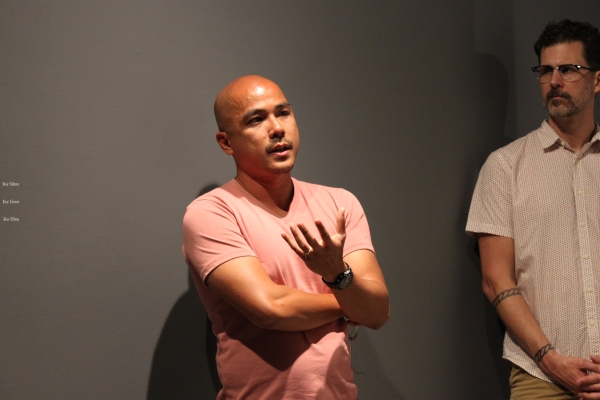 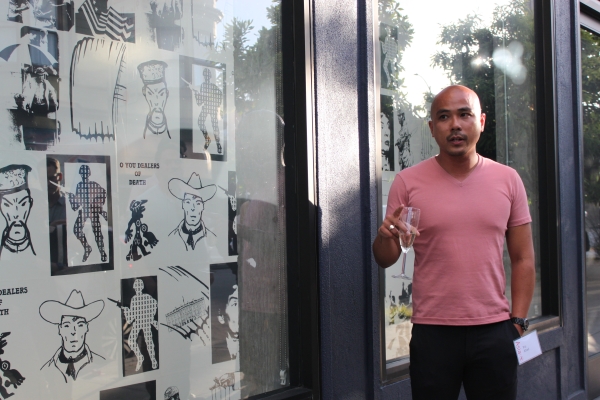 Artist Pio Abad describes the inspiration for his murals outside the exhibit. (Joohyun Park/Asia Society) 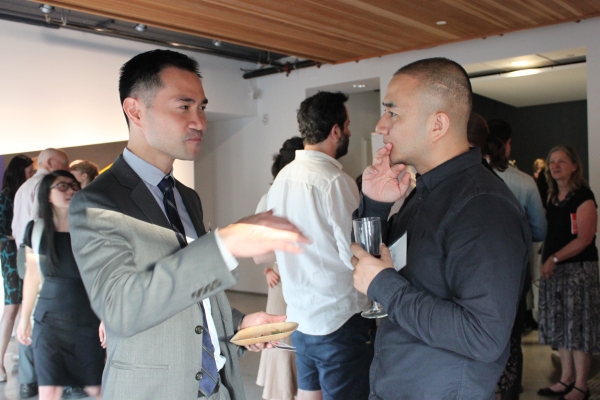 Consul-General Dominic Imperial of the Philippines discusses with a guest. (Joohyun Park/Asia Society)

On Tuesday June 11th, 2019 Asia Society of Northern California hosted an exclusive gallery tour and private reception with Filipino artist Pio Abad at KADIST art gallery in San Francisco. Attendees were given a behind-the-scenes look at Abad’s solo exhibition Kiss the Hand You Cannot Bite, which draws from the narratives of displacement and resistance which defined California’s Filipino community in the late 1970’s and 80’s. With special attention paid to former Filipino dictator, Ferdinand Marcos, and his infamous wife Imelda, Abad’s exhibit illuminated the dark underbelly of Marcos’ dictatorship and the authoritarian mechanisms at play. Along with this critique, Abad’s work functioned as a striking homage to the Filipino communities and individuals who were stripped of their voices during an era of political oppression. Abad’s carefully curated collection of photographs, sculptures, and paintings revitalized the once muted stories of the past and worked to perpetuate new narratives and transform the collective historical consciousness.