Immigration and the Future of Silicon Valley 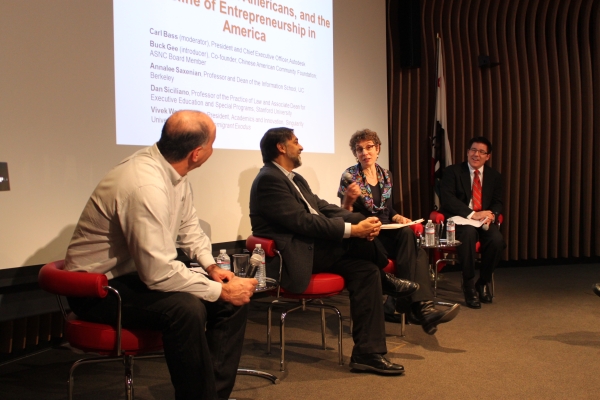 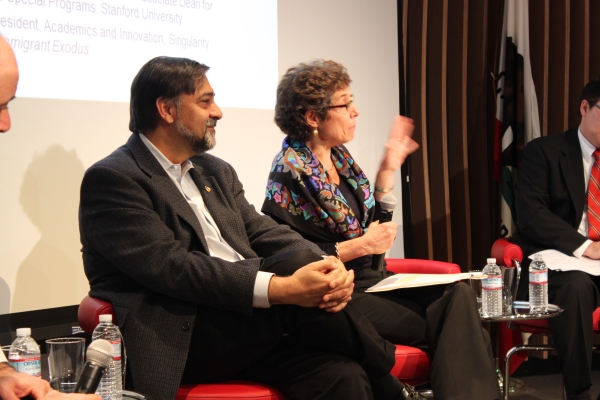 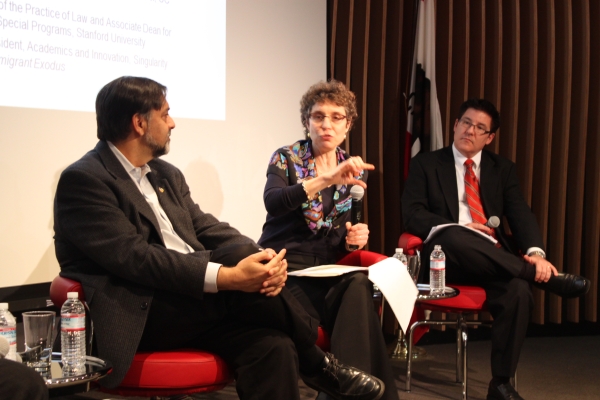 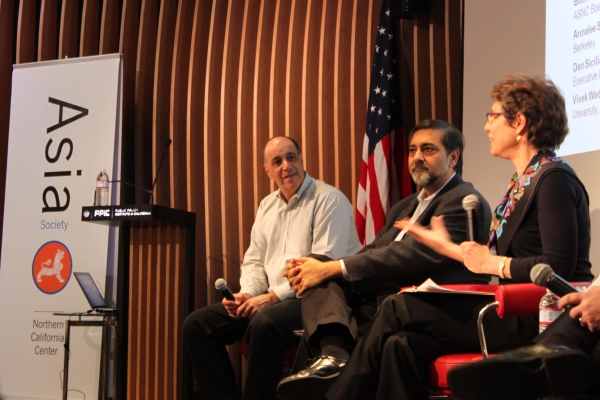 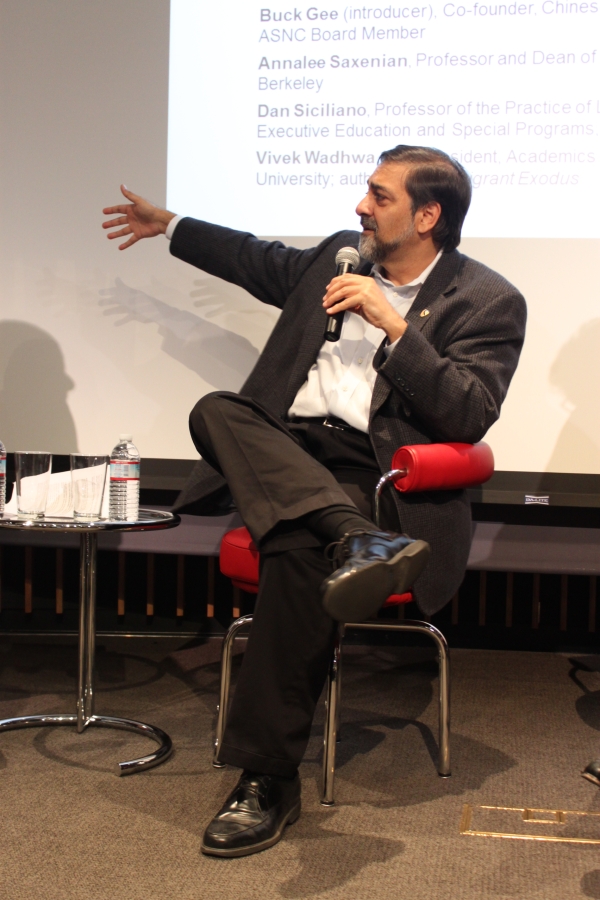 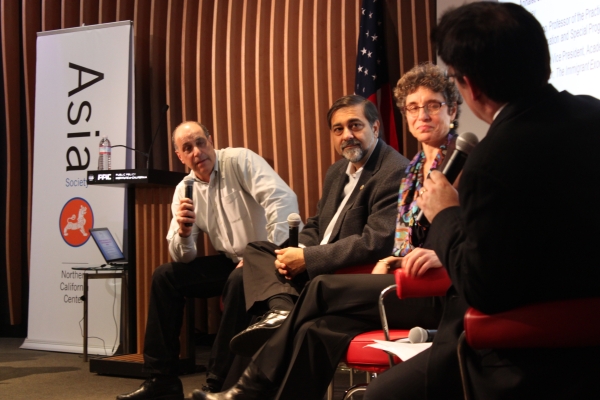 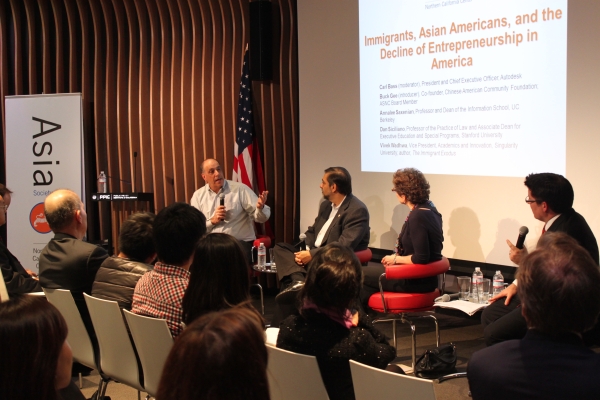 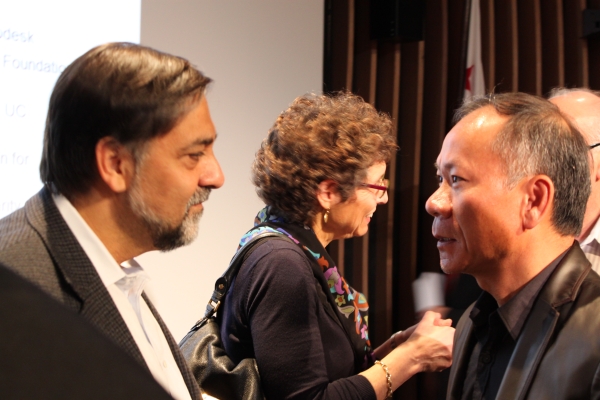 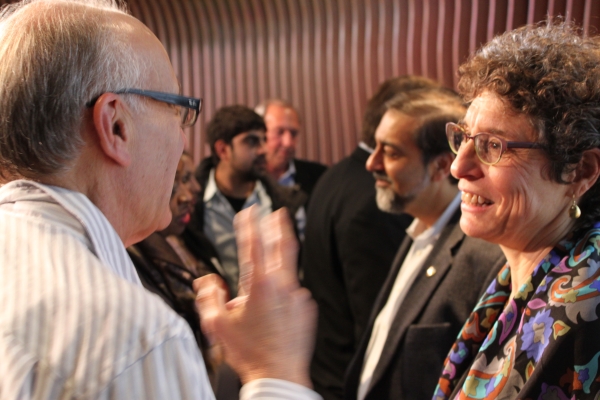 On January 31st, leading experts gathered at Asia Society Northern California to discuss Asian immigrants and their impact on Silicon Valley’s innovative industries amid the heated nationwide debate on immigration reform. Moderated by Carl Bass, President and CEO of Autodesk, the panel featured Vivek Wadha, author of The Immigrant Exodus: Why America is Losing the Global Race to Capture Entrepreneurial Talent, UC Berkeley Professor Annalee Saxenian, a pioneering scholar in researching the connection between immigration and innovation in Silicon Valley, and Stanford Law School’s Dan Siciliano, an expert on immigration law and entrepreneurship.

The conversation centered around two questions: how have immigrants, especially those from Asia, helped to drive the success of Silicon Valley, and can they continue to do so absent significant changes in immigration policy? Panelists agreed that immigrants have played a critical role in founding tech companies and creating jobs in the Valley, but post-9/11 tightening has had a chilling effect.

Speakers also agreed that the U.S. remains a, if not the, most attractive destination for highly-skilled immigrants. “In the short and medium term, it is unlikely to have other countries replace the U.S.,” said Siciliano. The long term, however, could well be different.

Is there anything unique about Silicon Valley’s success? Siciliano argued that there is, pointing to the concentration of highly-skilled immigrants working in the Valley and their remarkable success in building new companies. By 2005, over half of Silicon Valley’s technology and engineering firms had at least one immigrant founder, with a large majority from China or India. Saxenian and Wadha put more focus on Silicon Valley’s organization and business culture, especially its openness, cross-cutting networks, information sharing, and lack of hierarchy compared to the East Coast and many other places in the world. As Saxenian put it, “if those Chinese and Indian did not come to the States, they might not become successful entrepreneurs.”

Panelists also agreed that Silicon Valley’s success can be exported, if not duplicated. Wadha emphasized the role of immigrant entrepreneurs who subsequently returned to their home countries from the Valley, bringing with them not only knowledge, technology and capital, but also new networks and the spirit of innovation itself.

Although Silicon Valley itself may not be duplicable, added Saxenian, other countries can still benefit. For instance, the IT industry in Taiwan has flourished by connecting itself to the Valley’s semi-conductor industry. Japan, by contrast, attempted to develop a software industry on its own and achieved far less success. In an increasingly globalized world, national economies must not only compete, but also leverage, collaborate with, and learn from each other.

Siciliano added that modern communications technology has tremendously changed our way of working, and sharing and connectedness have helped Silicon Valley project its impact worldwide. As Siciliano noted of such entrepreneurs, “No matter where they work, in Chile or in Singapore, they feel they are working in Menlo Park, with their colleagues based in Silicon Valley.”