The Hon. Kevin Rudd on The U.S.-China Trade War 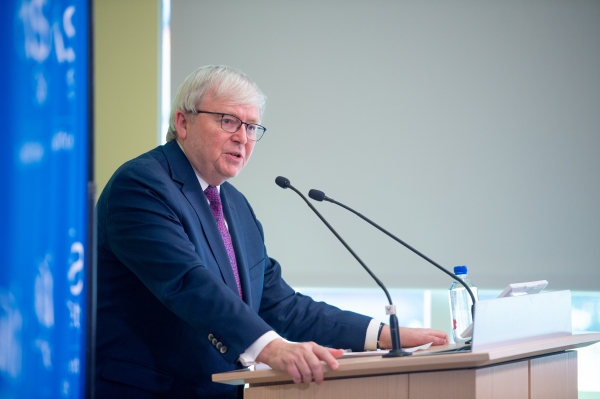 The Hon. Kevin Rudd giving his speech on the U.S.-China Trade War. 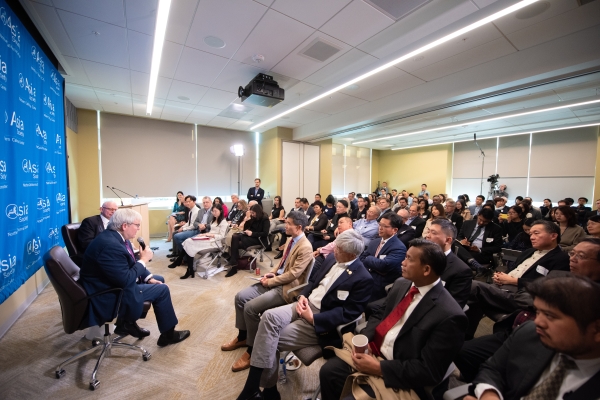 Packed room for the speech and Q&A session. 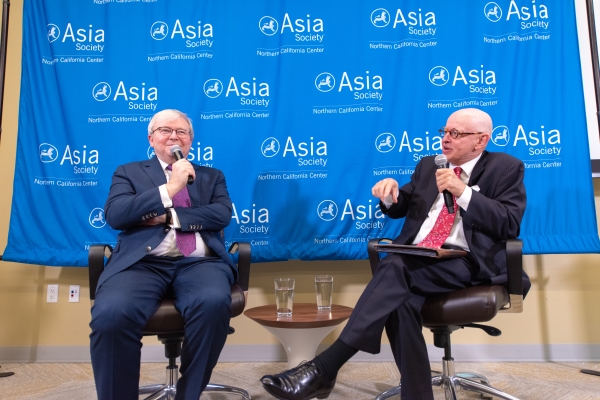 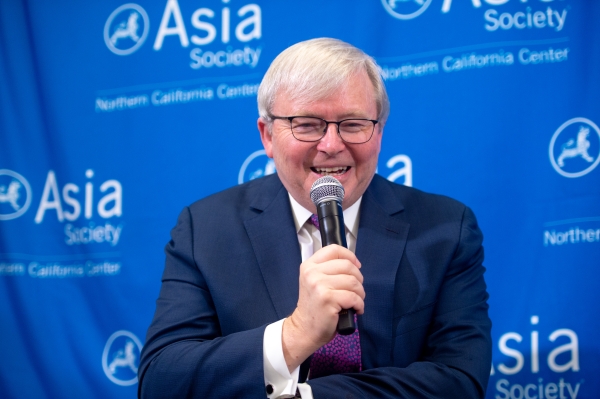 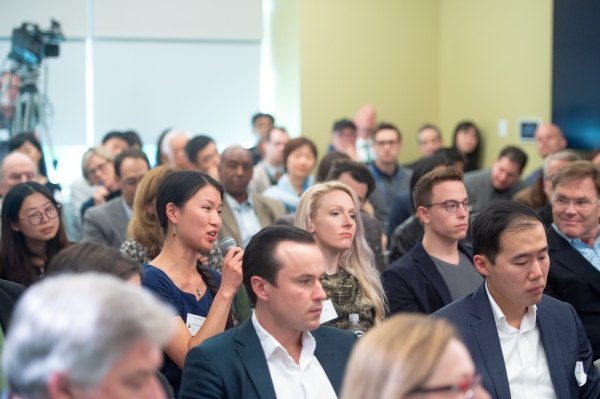 A member from the audience asks The Hon. Kevin Rudd a question. 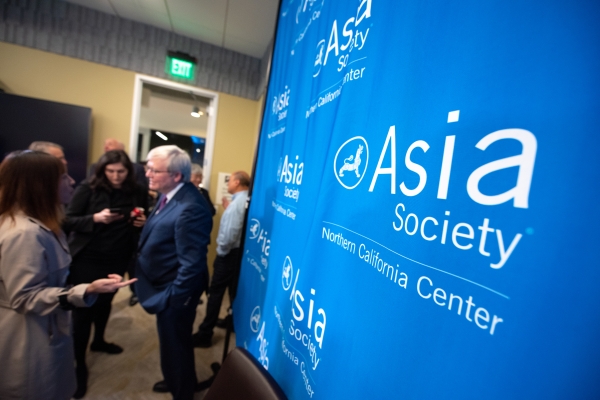 SAN FRANCISCO, November 7, 2019 - President of the Asia Society Policy Institute (ASPI) rejects the use of ‘decoupling’ and new ‘Cold War’ terms to describe the Relationship  of the United States and China

"In diplomacy, words are bullets" President of ASPI and 26th Prime Minister of Australia Kevin Rudd warned the audience at the Tencent’s Palo Alto office on November 7, 2019. He stated that headlines declaring economic ‘decoupling’ and a burgeoning ‘cold war’ between China and the United States are dangerously inaccurate. Continuing to use these terms presents the danger of creating a self-fulfilling prophecy. In his view, the facts to support the proposition that both countries are decoupling simply “do not stack up”.

The Honorable Mr. Rudd described the need for more precise language when discussing the state of this relationship across six fronts; trade, foreign direct investment, technology, capital markets, currency, and talent. In all areas, he argued that making a truly decouplist argument would be highly complex, if not impossible. Regarding trade, the most watched area of the U.S.-China relationship, Rudd hinted at an upcoming potential Phase I deal (in alignment with comments from the Chinese Ministry of Commerce).  The scheduled upcoming tranche of tariffs are unlikely to be implemented, as both countries agree to do no further damage to their economies by increasing tariffs. He commented that “both countries got to the edge [of an economic cliff], and reached a decision not to jump into the ravine”.

Those in favor of complete economic separation between both nations should be careful what they wish for cautioned the former Prime Minister. He described the defining characteristics of the Cold War as threefold;

The current state of relations between both nations do not reflect these defining characteristics. Today, the United States remains the top trading partner for China, and China is the third largest trading partner for the U.S. trailing Mexico and Canada. However, words are powerful in diplomacy. A distinguishing precondition of the Cold War was a lack of economic engagement between both countries. Rudd argued against the “undisciplined and unhelpful generic debate that decoupling is happening across all fronts between both countries”. China and the United States are countries with highly intelligent people who he believes should be able to find a way to engage productively. However, dangerous inaccurate rhetoric when repeated like mantras can become self-fulfilling prophecies.