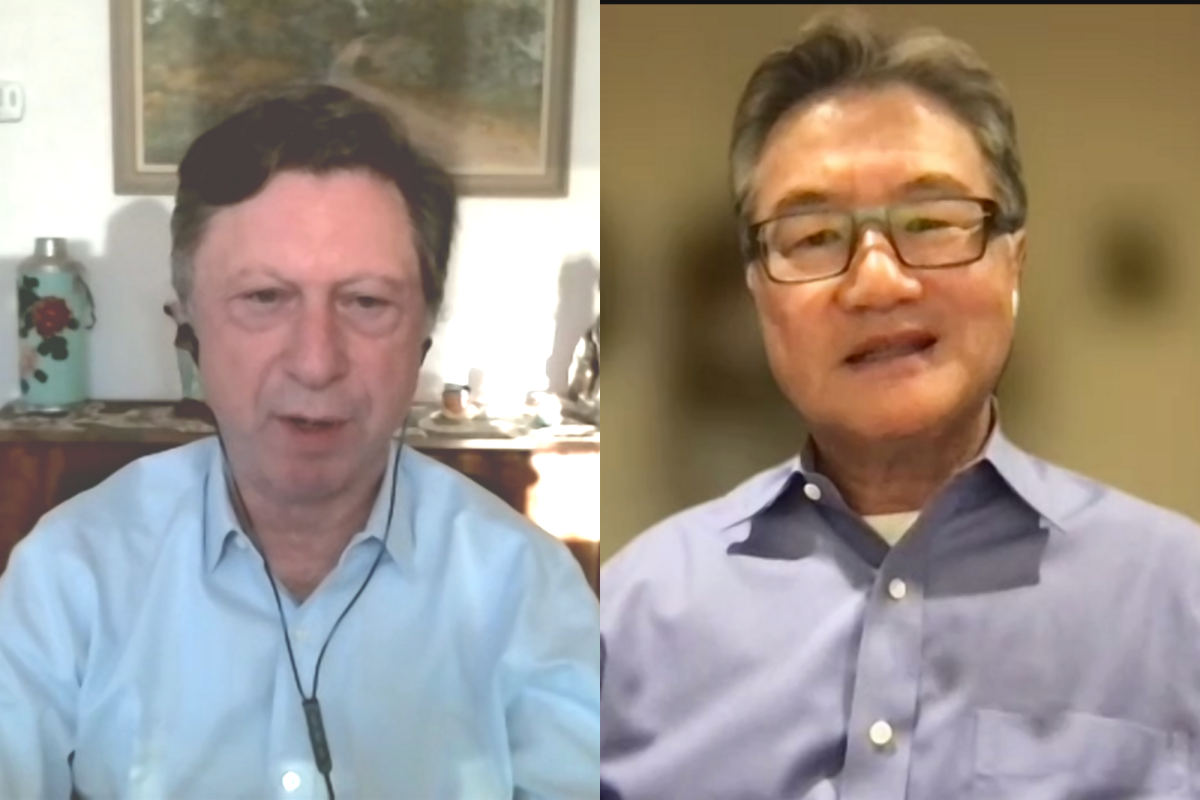 On November 30, 2021, Asia Society Northern California hosted an off-the-record Executive Roundtable program on North Korea's Current Challenges with Ambassador Joseph Y. Yun, Senior Advisor to the Asia Group and former United States Special Representative for North Korea Policy and Deputy Assistant Secretary for Korea and Japan. Topics discussed included North Korea's physical isolation, its extreme political ideologies, and the ongoing threat of nuclear war in Asia.  Given all of these challenges, where are there opportunities with the United States and Biden Administration?   Andy Rothman, Asia Society Advisory Board Member and Investment Strategist at Matthews Asia moderated the discussion. Thank you to our partner Matthews Asia.

Ambassador Joseph Y. Yun is a Senior Advisor at The Asia Group, a DC-based strategic consulting firm, and the U.S. Institute of Peace, an independent and non-partisan federal institute working on peace and reconciliation issues throughout the globe. Ambassador Yun is widely recognized as one of the leading experts on U.S. relations with North Korea, as well as Washington’s broader approach to the Asia-Pacific. Yun served 33 years as a Foreign Service Officer for the U.S. Department of State.  His last assignment was as the Special Representative for North Korea Policy, October 2016 to May 2018, leading U.S efforts to align regional powers behind a united policy to denuclearize North Korea. He was instrumental in reopening the “New York channel,” a direct communication line with officials from Pyongyang.

As U.S. Ambassador to Malaysia, 2013-2016, he emphasized stronger ties between the United States and Malaysia by fostering cooperation on issues of mutual interest, including trade and investment, climate change, energy security, counter-terrorism, and the non-proliferation of nuclear weapons. During his tenure, Ambassador Yun also oversaw two state visits of then-President Obama; the first visit, in April 2014, marked the first visit to Malaysia by a U.S. president since 1966. These efforts culminated in the signing of the U.S.-Malaysia Comprehensive Partnership Agreement, which pledged closer cooperation on security, trade, education, technology, energy, environment, and people-to-people ties.

He speaks Korean, Indonesian and French.  He is married to Dr. Melanie Billings-Yun. They have one son, Matthew.

Andy Rothman is an Investment Strategist at Matthews International Capital Management, LLC. He is principally responsible for developing research focused on China’s ongoing economic and political developments while also complementing the broader investment team with in-depth analysis on Asia. In addition, Andy plays a key role in communicating to clients and the media the firm’s perspectives and latest insights into China and the greater Asia region. Prior to joining Matthews in 2014, Andy spent 14 years as CLSA’s China macroeconomic strategist where he conducted analysis into China and delivered his insights to their clients. Previously, Andy spent 17 years in the U.S. Foreign Service, with a diplomatic career focused on China, including as head of the macroeconomics and domestic policy office of the U.S. embassy in Beijing. In total, Andy has lived and worked in China for more than 20 years. He earned an M.A. in public administration from the Lyndon B. Johnson School of Public Affairs and a B.A. from Colgate University. He is a proficient Mandarin speaker.