[WEBCAST] Reengaging the Asia-Pacific on Trade: A TPP Roadmap for the Next Administration – Roundtable with Wendy Cutler | Asia Society Skip to main content

[WEBCAST] Reengaging the Asia-Pacific on Trade: A TPP Roadmap for the Next Administration – Roundtable with Wendy Cutler 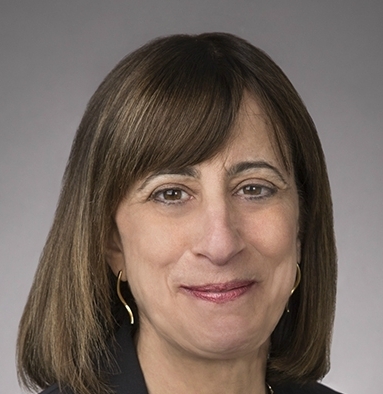 Join Asia Society Northern California on Wednesday, October 14 for an Executive Roundtable with Asia Society Policy Institute Vice President and report author Wendy Cutler on Reengaging the Asia-Pacific on Trade: A TPP Roadmap for the Next Administration.  This report examines the options the next administration would have for reengaging the CPTPP countries on trade, and assesses their feasibility based on domestic considerations and developments, as well as input from the CPTPP countries themselves.  The discussion will also include:

In the aftermath of a presidential election, it’s not unusual for an incoming administration to revisit policy choices made by the previous administration, or, in the case of reelection, within their first term. One decision that strongly merits another look after November is the U.S. withdrawal from the Trans-Pacific Partnership (TPP), a regional trade agreement the United States signed with 11 Asia-Pacific countries in 2016.

The case for U.S. participation in the TPP has only become more compelling as the political and economic importance of the Asia-Pacific region grows and concerns about Beijing’s economic model mount. More recently, the COVID-19 pandemic has also strengthened the rationale for U.S. reentry as Asia is expected to rebound from the crisis before the rest of the world, and interest in developing trusted supply chains grows. But is there a path for the U.S. to return to the TPP or to join the Comprehensive and Progressive Agreement for Trans-Pacific Partnership (CPTPP), which the 11 remaining countries finalized without the U.S.?

Link to join virtually will be emailed to guests the day before and an hour before the program is scheduled to begin from James Gale at JGale@asiasociety.org.  This will be a Zoom meeting; we encourage participants to turn on their cameras to make this session as interactive as possible.

Wendy Cutler is vice president at the Asia Society Policy Institute (ASPI) and the managing director of the Washington D.C. office. She joined ASPI following an illustrious career of nearly three decades as a diplomat and negotiator in the Office of the U.S. Trade Representative (USTR), including serving as Acting Deputy U.S. Trade Representative. In that capacity, she worked on a range of U.S. trade negotiations and initiatives in the Asia-Pacific region, including the Trans-Pacific Partnership (TPP) agreement and the bilateral negotiations with Japan. She also was the Chief Negotiator to the U.S.-Korea (KORUS) Free Trade Agreement.