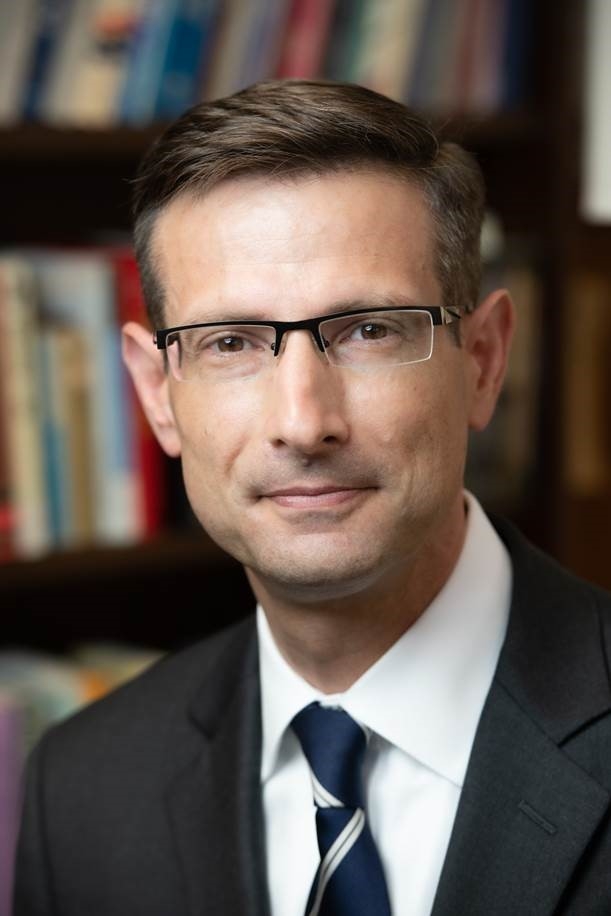 Join Asia Society Northern California on Tuesday, July 14 for a conversation with Daniel Markey, Senior Research Professor at Johns Hopkins University’s School of Advanced International Studies (SAIS), who will discuss his new book China's Western Horizon (Oxford University Press) and how China’s efforts under the ambitious leadership of President Xi Jinping are likely to play out across the swath of Eurasia that includes South Asia, Central Asia, and the Middle East.

Drawing from extensive interviews, travels, and historical research, Markey describes how perceptions of China vary widely within states such as Pakistan, Kazakhstan, and Iran. Powerful and privileged groups across the region often expect to profit from their connections to China, while others fear commercial and political losses.

China's Western Horizon is available for purchase via Oxford University Press. Members who have signed up to attend will be sent discount information.

Link to join virtually will be emailed to guests the day before and an hour before the program is scheduled to begin.

Daniel Markey is a Senior Research Professor at Johns Hopkins University’s School of Advanced International Studies (SAIS). He also serves as the academic director of the SAIS Global Policy Program. He teaches courses in international politics and policy.

Dr. Markey’s latest book, China’s Western Horizon: Beijing and the New Geopolitics of Eurasia, was published by Oxford University Press in March 2020. It assesses the evolving political, economic, and security links between China and its western neighbors, including Pakistan, India, Kazakhstan, Russia, Saudi Arabia, and Iran. It explains what these changes are likely to mean for the United States and recommends steps that Washington should take in response.

From 2007-2015, Daniel Markey was a senior fellow for India, Pakistan, and South Asia at the Council on Foreign Relations. While there, he wrote a book on the future of the U.S.-Pakistan relationship, No Exit from Pakistan: America’s Tortured Relationship with Islamabad (Cambridge University Press, 2013).

Dr. Markey is the author of numerous reports, articles, book chapters, and opinion pieces. His commentary has been featured widely in U.S. and international media.

Bonnie S. Glaser is a senior adviser for Asia and the director of the China Power Project at CSIS, where she works on issues related to Asia-Pacific security with a focus on Chinese foreign and security policy. She is concomitantly a nonresident fellow with the Lowy Institute in Sydney, Australia, and a senior associate with the Pacific Forum. Ms. Glaser has worked for more than three decades at the intersection of Asia-Pacific geopolitics and U.S. policy. From 2008 to mid-2015, she was a senior adviser with the CSIS Freeman Chair in China Studies, and from 2003 to 2008, she was a senior associate in the CSIS International Security Program. Prior to joining CSIS, she served as a consultant for various U.S. government offices, including the Departments of Defense and State.

Ms. Glaser has published widely in academic and policy journals, including the Washington Quarterly, China Quarterly, Asian Survey, International Security, Contemporary Southeast Asia, American Foreign Policy Interests, Far Eastern Economic Review, and Korean Journal of Defense Analysis, as well as in leading newspapers such as the New York Times and International Herald Tribune and in various edited volumes on Asian security. She is also a regular contributor to the Pacific Forum web journal Comparative Connections. She is currently a board member of the U.S. Committee of the Council for Security Cooperation in the Asia Pacific and a member of both the Council on Foreign Relations and the International Institute for Strategic Studies. She served as a member of the Defense Department’s Defense Policy Board China Panel in 1997. Ms. Glaser received her B.A. in political science from Boston University and her M.A. with concentrations in international economics and Chinese studies from the Johns Hopkins School of Advanced International Studies.