Program 3 of 8 in our Seeking Truth Through Facts U.S.-China Program Series 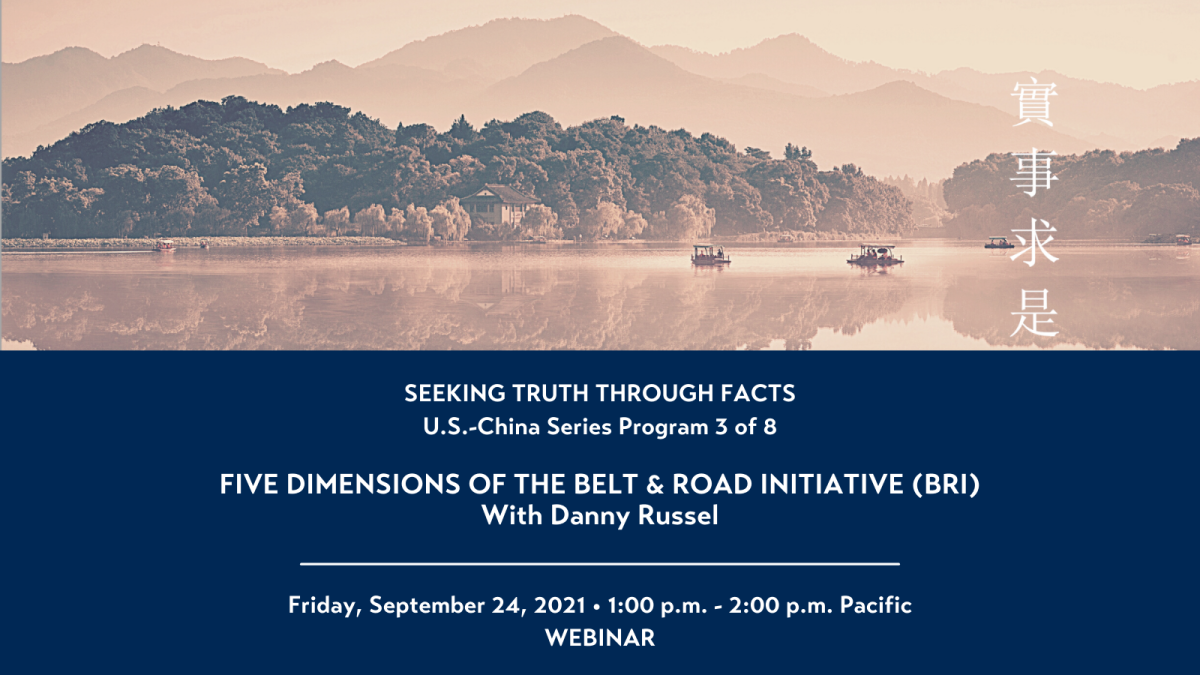 On Friday, September 24, 2021 from 1:00 p.m. - 2:00 p.m. Pacific, Asia Society Northern California will host a virtual program on the Five Dimensions of the Belt and Road Initiative (BRI). This will be a public, on-the-record event.

Danny Russel, Vice President for International Security and Diplomacy at the Asia Society Policy Institute (ASPI) and the author of several Asia Society reports on the BRI including Navigating the Belt and Road Initiative and Weaponizing the Belt and Road Initiative, will give a keynote address.  He will discuss the components of the BRI, differing perspectives on the initiative, and its impact on regional development, geopolitics, technology, commerce, and the U.S. – China relationship.