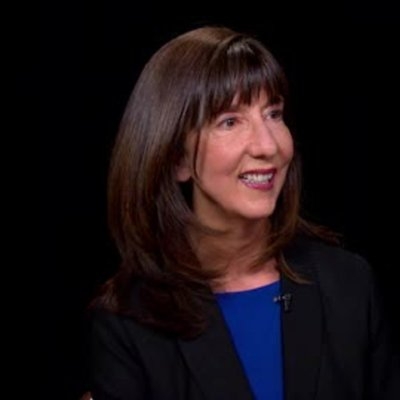 Will China Save the Planet?

Barbara Finamore, NRDC’s senior strategic director for Asia, witnessed the birth of China’s clean energy movement. Her new book, Will China Save The Planet?, explores one key difference in how the governments of the two nations are addressing the issue. Now that President Donald Trump has turned the United States into a global climate outcast, will China take the lead in saving our planet from environmental catastrophe? Many signs point to yes. China, the world's largest carbon emitter, is leading a global clean energy revolution, phasing out coal consumption and leading the development of a global system of green finance.

But as Barbara Finamore explains, it is anything but easy. The fundamental economic and political challenges that China faces in addressing its domestic environmental crisis threaten to derail its low-carbon energy transition. Yet there is reason for hope. China's leaders understand that transforming the world's second largest economy from one dependent on highly polluting heavy industry to one focused on clean energy, services and innovation is essential, not only to the future of the planet, but to China's own prosperity. China, in other words, understands that it has the potential to fill the leadership vacuum created by the United States’ abdication on climate and to move the needle on curbing greenhouse gases and promoting clean energy — but only if it follows through on its ambitious set of promises and keeps assiduously ramping up its efforts.

Find out more at her book talk!

Barbara Finamore founded Natural Resources Defense Council's (NRDC) China program, focusing on climate, clean energy, environmental protection, and urban solutions in China. She also leads NRDC’s Green Ports project in China, which aims to reduce air pollution caused by shipping and port-related activity. Before joining NRDC, Finamore worked for the United Nations Development Programme, the Center for International Environmental Law, and the U.S. Departments of Justice and the Interior. She has also served as president and chair of the Professional Association for China’s Environment. In addition, she is the co-founder and president of the China-U.S. Energy Efficiency Alliance. In 2017, she was named a member of Foreign Policy’s The U.S.-China 50, a group of 50 individuals who are powering the world's most complex and consequential relationship. She holds a JD from Harvard Law School and is based in the Boston area.

Asia Society Northern California hosts private Executive Roundtable Briefings with industry leaders every month in San Francisco and Silicon Valley. Program topics are around headline news, business analysis, and critical issues coming out of Asia. These monthly briefings, launched in September 2017, have grown in popularity to generate wait-lists quickly. Most events are off-the-record to encourage open debate and discussion.