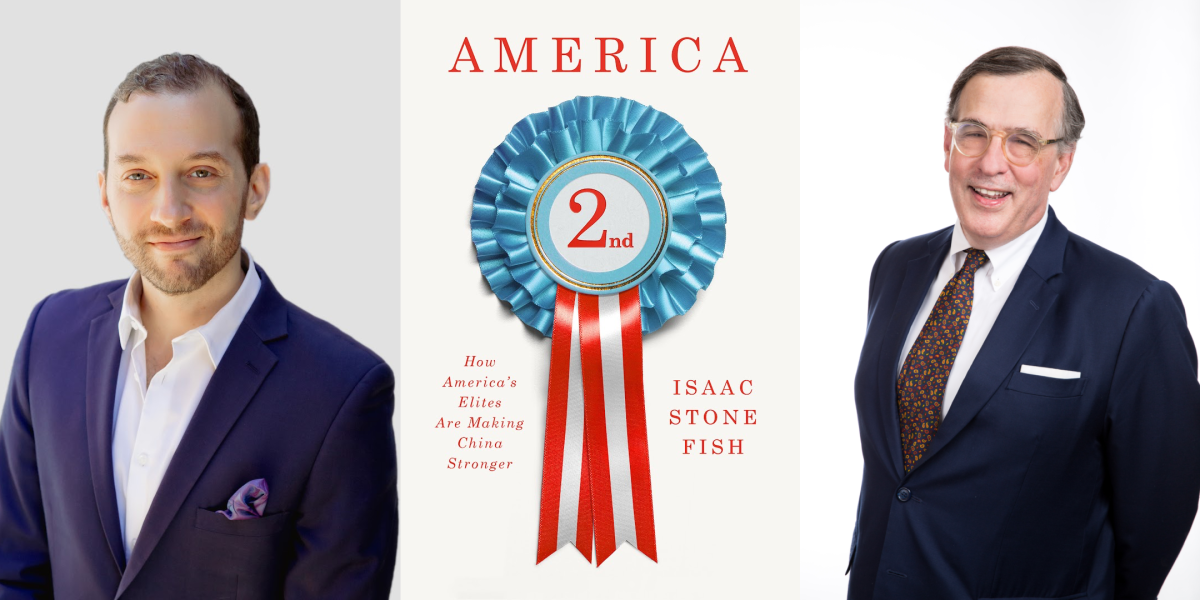 Join Asia Society Northern California for an off-the-record Executive Roundtable discussion with Isaac Stone Fish, author of America Second and founder and CEO of the research firm Strategy Risks. This private event is for Board, Innovator, and Groundbreaker Members and will be held on Thursday, July 21, 2022 from 12:00 p.m. - 2:00 p.m. Pacific in Silicon Valley. Lunch will be served.

The discussion will be moderated by Ambassador Frank Lavin, Asia Society Northern California Board Member, Trustee of The Asia Foundation, and CEO and Founder of Export Now. The event will focus on Isaac's recently published book America Second. The provocative book describes Beijing's influence in the United States -- with a special focus on business leadership and Hollywood -- and how to push back without being McCarthyist or racist.

This Executive Roundtable Program is a special benefit for our Board, Groundbreaker, and Innovator Members. Learn more and become a member today: https://asiasociety.org/northern-california/join-our-community.

Venue address in Silicon Valley will be confirmed upon RSVP confirmation.

All guests must show ID and proof of vaccination before entry. Masks are encouraged.

Location: Venue address in Silicon Valley will be confirmed upon RSVP confirmation

Isaac Stone Fish is the founder and CEO of the research firm Strategy Risks, which quantifies corporate exposure to China, and helps firms understand and reduce their China risk. He is also a Washington Post Global Opinions contributing columnist, a contributor to CBSN, an adjunct at NYU's Center for Global Affairs, a visiting fellow at the Atlantic Council, and a columnist on China risk at Barron's. Previously he served as Foreign Policy Magazine's Asia Editor: he managed coverage of the region, and wrote about the politics, economics, and international affairs of China, Japan, and North Korea.

A fluent Mandarin speaker and formerly a Beijing correspondent for Newsweek, Stone Fish spent seven years living in China prior to joining Foreign Policy. He has traveled widely in the region and in the country, visiting every Chinese province, autonomous region, and municipality. He was also formerly a senior fellow at the Asia Society's Center on U.S.-China Relations, and a visiting fellow at the German Marshall Fund.

Frank Lavin has 30 years of experience helping companies succeed in China, through leadership roles in banking, marketing, and diplomacy. In government, Frank served as Ambassador to Singapore and Undersecretary of Commerce for International Trade. In the latter role, he was lead trade negotiator for both China and India and was the senior policy official, responsible for commercial policy, export promotion and trade negotiations.

In the private sector, Frank was most recently an Asia practice leader at Edelman, and prior to that, he worked in senior finance and management positions in Hong Kong and Singapore with Bank of America and Citibank. Frank also served as Chairman of the Steering Committee of the USA Pavilion at the Shanghai 2010 World Expo. Frank is the co-author of “Export Now” (Wiley).

Venue address in Silicon Valley will be confirmed upon RSVP confirmation.