The Evolving Chinese Military Dream since 1949

In Partnership with World Affairs 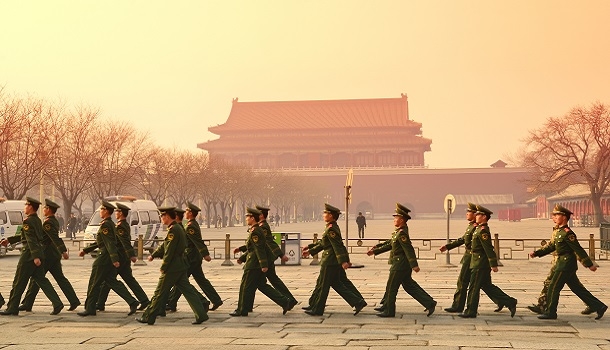 China has long been one of the fastest-growing economies in the world. However, along with this economic growth, China has been strategically expanding its military budget and forces. In fact, between 2009 and 2018, China's military spending rose by 83 percent in real terms and has allowed China to develop technology rivaling that of the American forces in the western Pacific. Xi Jinping's Chinese dream includes a well-armed and modernized force. With the amount of investment going towards the military, many think that this dream is now becoming a reality.

This era of militaristic growth in China, accompanied by an aim to increase joint activities between its army, navy, and air force, is one of the many Chinese military strategies implemented since 1949. How exactly has China's military strategy evolved since the great Communist Revolution? What accounts for so many shifts and how can we best understand the current one?

In his new book, "Active Defense: China's Military Strategy Since 1949," M. Taylor Fravel, Arthur and Ruth Sloan Professor of Political Science and Director of the MIT Security Studies Program, explores these questions and offers a systematic look at China’s military strategy from the mid-twentieth century to today. Exploring the range and intensity of threats that China has faced as well as the political and cultural shifts, Fravel examines the country's military goals and how China has sought to achieve them.

A limited number of books will be available for purchase at the event. Asia Society Northern California members receive a special promo code for free registration to this program.

This program is presented in partnership with: