Dream of the Red Chamber at San Francisco Opera 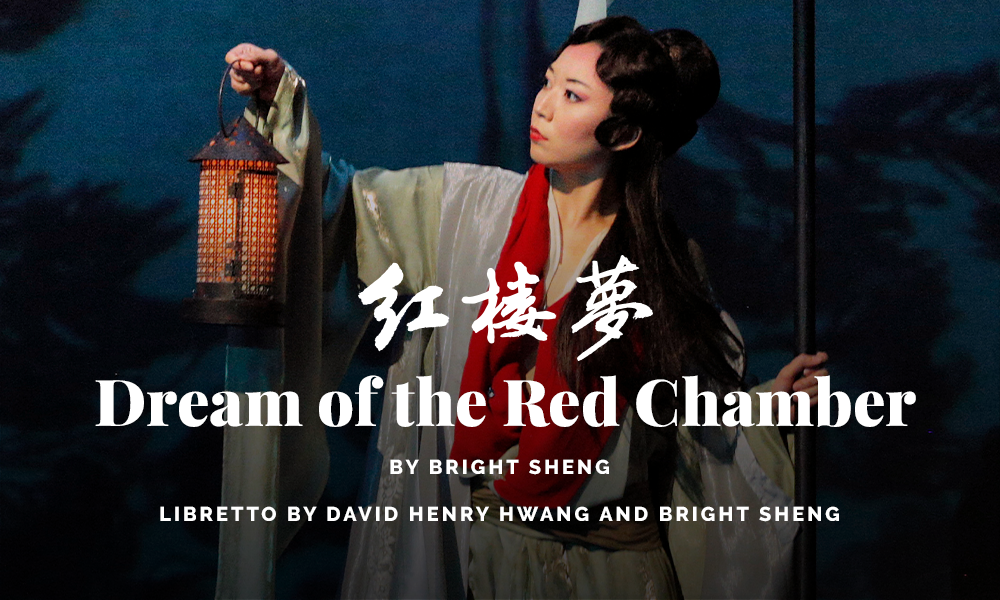 Asia Society Northern California is pleased to host a Member Event on Friday, June 17 from 6:30 p.m. - 10:30 p.m. for an exclusive opportunity to see Bright Sheng and David Henry Hwang’s acclaimed opera Dream of the Red Chamber, a musical retelling of the 18th-century novel by Cao Xuequin, one of China’s literary masterworks. The opera played to sold-out audiences during its initial run at San Francisco Opera in 2016 and has since garnered international acclaim through presentations in Beijing, Wuhan, Changsha and Hong Kong.

To settle an age-old debt to the emperor, one Chinese nobleman is forced to make a devastating choice: between his true love and an heiress who could make his family’s money troubles disappear. A literary masterpiece comes to life through the return of composer Bright Sheng and Tony Award-winner David Henry Hwang’s opera directed by Stan Lai and designed by Tim Yip, the Academy Award-winning art director of Crouching Tiger, Hidden Dragon.

Tickets include access to a special champagne and truffle reception for Asia Society Members with Dream of the Red Chamber composer, Bright Sheng and General Director of the San Francisco Opera, Matthew Shilvock at 6:30 p.m. on the Loggia overlooking City Hall. Opera performance begins at 7:30 p.m.

Priority will be given to Asia Society Northern California Members. To become a member today, visit our Membership page: https://asiasociety.org/northern-california/join-our-community

Bright Sheng is respected as one of the foremost composers of our time, whose stage, orchestral, chamber and vocal works are performed regularly throughout North America, Europe and Asia. Sheng’s music is noted for its lyrical and limpid melodies, a Shostakovich sense of breath in music phrases, a Bartokian sense of rhythmic propulsion, and dramatic and theatrical gestures. Many of Sheng’s works has strong Chinese and Asian influences, a result of his diligent study of Asian musical cultures for over three decades. He was proclaimed by the MacArthur Foundation in 2001 as “an innovative composer who merges diverse musical customs in works that transcend conventional aesthetic boundaries.” The Foundation predicts that “Bright Sheng will continue to be an important leader in exploring and bridging musical traditions.” Learn more here.

Matthew Shilvock is the Tad and Dianne Taube General Director of San Francisco Opera. Now in his sixth season as general director, Shilvock is responsible for all artistic and business aspects of the organization, overseeing a repertory season of mainstage opera productions and concerts, education and community programming, new digital content initiatives, and young artist training programs. Passionate about telling profound stories of humanity through the total art-form of opera, he is committed to pioneering new approaches to producing large-scale opera in the 21st century and creating impactful, reciprocal connections with the community. In recent seasons, Shilvock has presented the world premieres of two major new operas, John Adams’ Girls of the Golden West and Bright Sheng’s Dream of the Red Chamber; established the company’s first Department of Diversity, Equity and Community; and, in 2019, appointed conductor Eun Sun Kim as San Francisco Opera’s next music director to lead the company through its 2022–23 centennial and into the future.