Hear how Innovative Leaders are impacting Asia and the World 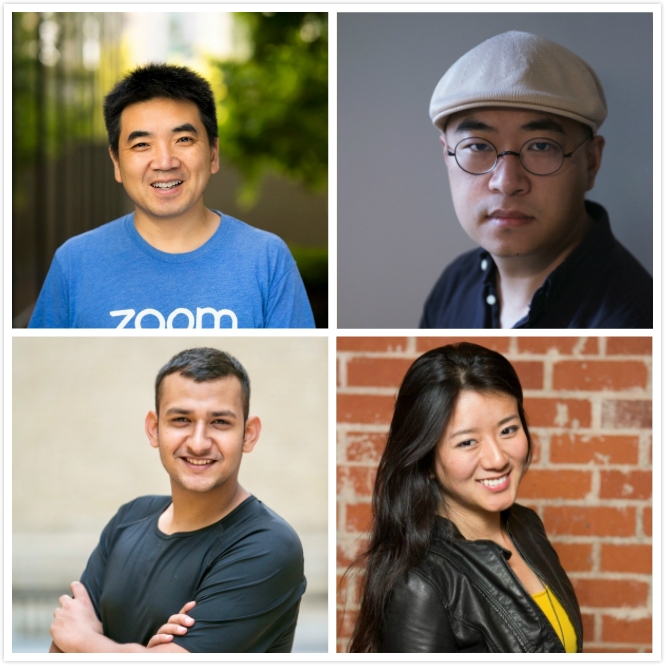 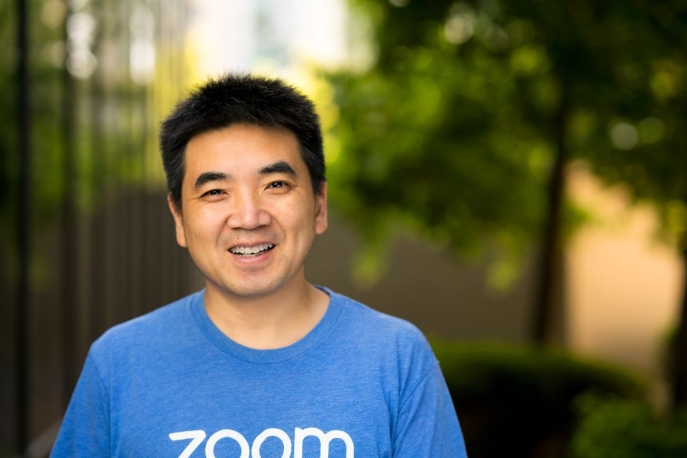 Eric S. Yuan founded Zoom in 2011. Prior to starting Zoom, Eric was Corporate Vice President of Engineering at Cisco, where he was responsible for Cisco's collaboration software development. As one of the founding engineers and Vice President of Engineering at WebEx, Eric was the heart and soul of the WebEx product from 1997 to 2011. Eric proudly grew the WebEx team from 10 engineers to more than 800 worldwide, and contributed to revenue growth from $0 to more than $800M. Eric is a named inventor on 11 issued and 20 pending patents in real time collaboration. In 2017, Eric was added to the Business Insider list of the 52 Most Powerful People in Enterprise Tech. Eric is a graduate of the Stanford University Executive Program. Eric holds a bachelor of science in applied mathematics from Shandong University of Science and Technology, China. 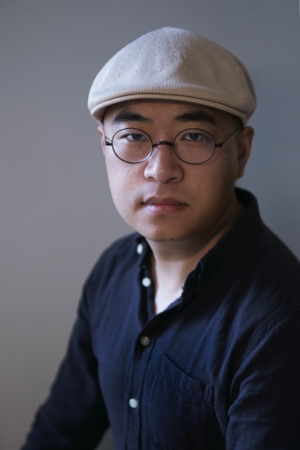 Born in 1980 in Shanghai, Yang Yongliang graduated from Shanghai Institute of Design of China Academy of Art in 1999, majoring in visual communication and design. He now works and lives in Shanghai. He started his experiments with contemporary art in 2005, and his practice involved varied media including photography, painting, video and installation. He is best known for the contemporary ink landscape he created by integrating numerous urban and natural images together. Poetic and quaint as it appears to be when seen from a distance, it unfolds itself as a fable of the development of modern civilization if one takes a closer look. A sense of psychological turmoil and uneasiness that is characteristic of the modern era can be perceived from the abandoned power tower, the man-made paradise and the vast but internally empty cities. He started to learn traditional Chinese art and culture since childhood, the influence of which is seen in the form of his art: a sense of traditional aesthetics can be clearly perceived. In terms of media and content, however, it is brimming with a strong sense of post-modernism. Déjà vu, the large installation to be presented this time, is a brand new attempt by the artist. A somewhat surrealistic approach is adopted to turn back time and bring viewers into their childhood memories. Past memory is relived like a dream. Yang’s work has been exhibited at Moscow Biennale, the Metropolitan Museum of Art and Ullens Center for Contemporary Art among others and is collected by public institutes such as the Metropolitan Museum of Art, the British Museum, National Gallery of Victoria as well as by private collectors such as Uli Sigg. 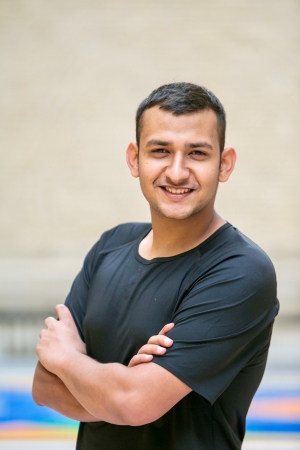 Roopam Sharma,FRSA also known mononymously as Roopam, is a cognitive scientist and inventor creating social impact through disruptive technological inventions that solve perennial problems. Named among the top 100 most influential global thinkers in the world by Foreign Policy Magazine in 2019, Roopam is the inventor of Manovue: the world's first intelligent wearable visual assistant. Manovue employs artificial intelligence and the internet in the form of an inexpensive wearable glove and earpiece, allowing the visually impaired to read printed text, eliminating the need for braille language.

In 2019, Roopam was a millennial getting noticed - Entrepreneur Magazine named him in their “35 Under 35” list and Forbes Asia selected him for their annual “30 Under 30” list. Roopam was inducted into the 2018 Asia Society’s Class of Asia 21 Young Leaders. This same year, Roopam was bestowed upon with the prestigious National Youth Award, the highest honor in India presented annually by the President of India for his contribution to the field of national development and social service through research and innovation.

In 2016, the then 20 year old Roopam was the youngest person ever to be recognized as an innovator under 35 by the MIT Technology Review and in 2016 he was awarded the Gifted Citizen Prize, an international prize that honors the social entrepreneur with the best ability to positively impact ten million people over the next six years. Roopam is a first generation college student holding a Bachelor's of Technology Degree in Computer Science and Engineering from Manav Rachna University wherein he now serves as an Advisory Board Member. He also chairs the board of VR | AR | MR, India's first and now the largest VR/AR community with a mission is to democratize VR/AR technologies, having impacted more than 100000 lives free of cost since it's inception in 2017.

Roopam sits on the jury of the Living Talent's Masterpiece and Accenture's Innovation Challenge. Roopam believes that people with passion can change the world for the better and is always inspiring others to bring a positive change and think differently. 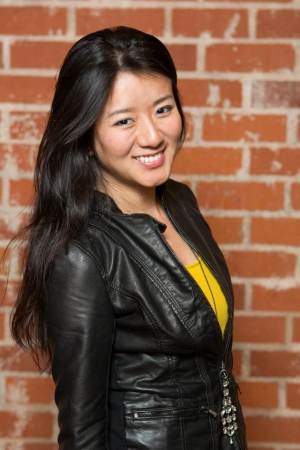 Nanxi Liu is the CEO and Co-Founder of Enplug. She was named Forbes 30 Under 30. Enplug is a leading digital display software company used to manage and distribute visual communication on screens in Fortune 500 companies, banks, hotels, elevators, and universities. The company is headquartered in Los Angeles and has offices in Japan, Brazil, Poland, Australia, and the UK.

While an undergrad at UC Berkeley, Nanxi co-founded Nanoly Bioscience, a venture-backed biotech company that develops polymers to eliminate refrigeration for vaccines and therapeutics. The company received the Top Research Award at the World Biomaterials Congress and Intel’s Top Social Innovation Award. In addition, Nanxi serves on the Board of Advisors for Covington Capital, which manages $3 billion, and as a Partner at XFactor Ventures, where she invests in women-founded startups.

Passionate about community service, Nanxi serves on the Board of Directors for the National Foster Youth Institute and the Los Angeles Police Foundation. She was appointed as 1 of 5 voting members to the New Motor Vehicle Board of the California Department of Motor Vehicles. In 2018, Nanxi received UC Berkeley's Sather Gate Young Volunteer of the Year Award for her role in helping raise $22 million for the university.

As a producer of the Amazon TV series, The Bay, Nanxi received an Emmy Award. Nanxi is a concert pianist and has performed live on NBC and ABC. Nanxi double majored in business administration and political economy at UC Berkeley. 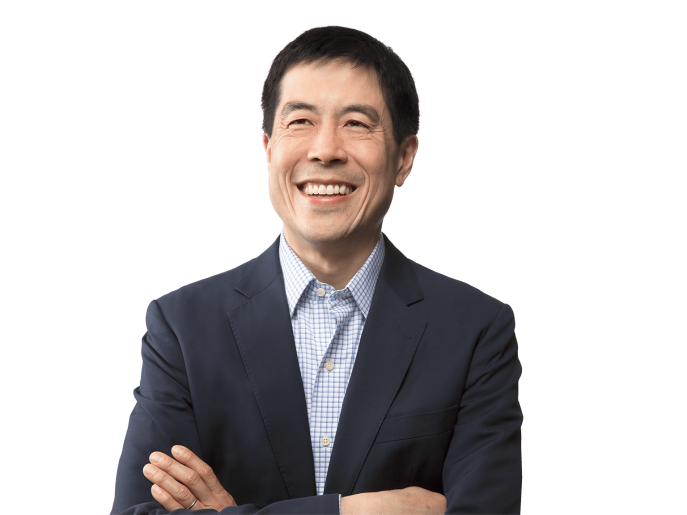 Dr. Michael Chui is a partner at the McKinsey Global Institute (MGI), McKinsey's business and economics research arm. He leads research on the impact of disruptive technologies and innovation on business, the economy, and society. Michael has led McKinsey research in such areas as data & analytics, social & collaboration technologies, the Internet of Things, and artificial intelligence, robotics & automation.

Michael is a frequent speaker at major global conferences, and his research has been cited in leading publications around the world. His PhD dissertation, entitled "I Still Haven't Found What I'm Looking For: Web Searching as Query Refinement," examined Web user search behaviors and the usability of Web search engines.

As a McKinsey consultant, Michael served clients in the high-tech, media, and telecom industries on strategy, innovation and product development, IT, sales and marketing, M&A, and organization. He is also on the boards of Churchill Club and the Asia Society of Northern California and a member of the Council on Foreign Relations.

Prior to joining McKinsey, Michael served as the first chief information officer of the city of Bloomington, Indiana, where he re-architected the enterprise architecture using open source technologies and led a project that resulted in Bloomington becoming the first community in the world to offer both live and archived video streaming of public meetings on the Web.

Before that, Michael was founder and executive director of HoosierNet, Inc., a nonprofit cooperative Internet service provider that offered dial-up and broadband access to the Internet to consumers, nonprofits, governments, and businesses.

Link will be provided upon RSVP confirmation