Defining Hakka Identity: From History to Culture and Cuisine 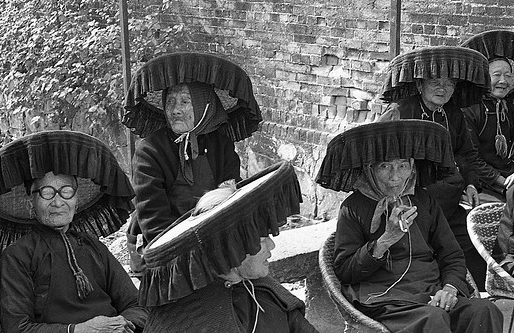 The Hakka have been called guests, gypsies, nomads, barbarians, outsiders, even Mongolians. Among their progeny they claim the likes of Sun Yat Sen, Deng Xiaoping, Singapore’s Lee Kwan Yew and Taiwan’s Lee Teng Hui. But why, despite such well known figures, is their history and culture so poorly understood?

Part of the reason, is that there is little consensus over where the Hakka came from. Early answers such as the possibility that the Hakka were descendants of Mongolian invaders have been summarily dismissed, given that many Hakka settlements predate Genghis Khan’s invasion. The most accepted theory today is that the Hakka are largely northern Han Chinese who progressively migrated south, fleeing war, poverty, and chaos. Whether these were deliberate migrations or chaotic retreats is a point of contention, but regardless of their nature, the hardships endured during these times have become a focal point in the Hakka creation story.

The first migration took place at the end of the Eastern Jin dynasty, circa 400 AD, as a result of invading tribesmen. The collapse of the Jin caused a general exodus from much of the lands north of the Yangtze River. The ancestors of the Hakka left their homes on the plains of central China and made south for parts of Hunan and Jiangxi province.

At the close of the Tang Dynasty, circa 900 AD, the Huang Chao peasant uprisings led to a second migration. Even greater numbers of Hakka streamed into Jiangxi, many going even further south to coastal Fujian province. For nearly four centuries, stretching into the Song dynasty, the Hakka lived in relative isolation, allowing their culture to mature. During 1000-1200 AD, the designation "Hakka" became more than a label applied to them as outsiders and grew to become a term of self-identification.

This peaceful interlude was interrupted by the ambitions of Genghis Khan and the destruction of the Song, which drove the Hakka into neighboring Guangdong province. Through their tenacity and entrepreneurial spirit, the Hakka slowly accumulated land until some districts, like Meizhou City, were completely dominated by Hakka. To this day, many overseas Hakka identify Meizhou as their hometown.

A chance to spread further came with the elimination of the Ming Dynasty by the Qing. The destruction that ravaged much of Sichuan province meant new opportunity for the Hakka, who moved in to settle the now-deserted lands. They also ventured to Hunan, Hubei, and Taiwan. Of course, with difficult economic prospects facing most Chinese farmers, success was often a zero-sum game. The accumulation of land and property by Hakka was fiercely resented by locals and provoked clashes between locals and newcomers. These fights climaxed in the mid-1850s, taking the lives of over 100,000 Hakka. Many Hakka fled the mainland completely, for Taiwan, Singapore, Indonesia, and Vietnam. Others went further still to North and South America, the Caribbean, and India. Indeed, Calcutta, Toronto, and Jamaica have a strong Hakka presence today and many maintain Hakka organizations.

So who are the Hakka? When we get right down to it, the question can only be partially answered by history. More important, they are the legacy of their struggle to find a better life and genesis of their name. The word ‘Hakka’ in Chinese is "客家", pronounced kejia in Mandarin and meaning “guest people”. This is opposed to the word zhu "主", meaning owner, which was used to identify local or native residents. However, how exactly this distinction came about is unclear, and determining if the Hakka are related to the Han, or can trace their ancestry to a specific valley will not necessarily change what it means to be Hakka. A number of Hakka authors say that Hakka are embodied by the dandelion, a flower that will thrive under the most trying conditions. In this sense, Hakka are those who were consistently willing to risk taking a chance and strong enough to survive the obstacles in their path.

Today, with the history of these waves of migration receding, the maintenance of Hakka culture and tradition has become a new struggle in itself. Much like other overseas Chinese groups, there is an impressive wealth of Hakka diaspora organizations. At the most recent 2012 Toronto Hakka Conference, sponsors included local groups like Tsung Tsin Association of Ontario as well as Club M from Mauritius, the Caribbean Chinese Association from Jamaica, and the Malaysian Association.  Even if the Hakka are not united by geography, these organizations offer a sense of community.

If there is a piece of Hakka culture that can act as a foundation for the future, it is arguably not history but food.  In her new book The Hakka Cookbook, Linda Anusasananan paints the vivid and tumultuous history of the Hakka with each recipe. Dishes show the whole range of Hakka history: from mainland classics like Wine Chicken to the Calcutta-inspired Tangra Masala Beef. Almost every recipe includes ingredients taken from different regions around the world and is infused with the hearty, comforting flavors developed by centuries of life on the road.

The Hakka do not constitute an ethnic group and have no distinguishing religion. Without such dentifiers, it is no surprise that cuisine has become so important as cultural glue. While their history of migration provides a context of shared struggle and points to strength of character, food is a tangible piece of culture that can be relived every day and passed down to the next generation of Hakka pioneers.

If you would like to experience Hakka cooking for yourself, ASNC, in partnership with Martin Yan and Linda Anusasananan, will present a unique Off the Menu dinner on March 3 at M.Y. China Restaurant in Westfield Mall, San Francisco. Seating is very limited; be sure to get your tickets early!