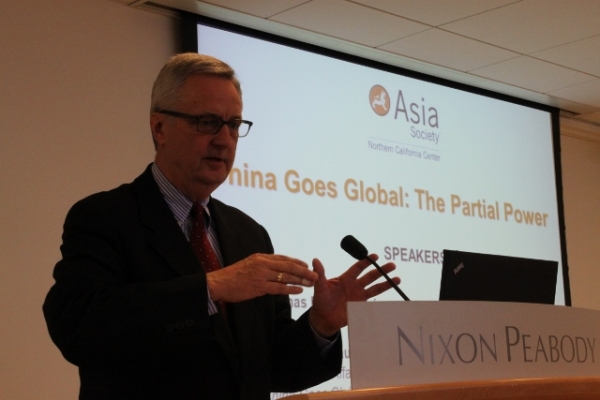 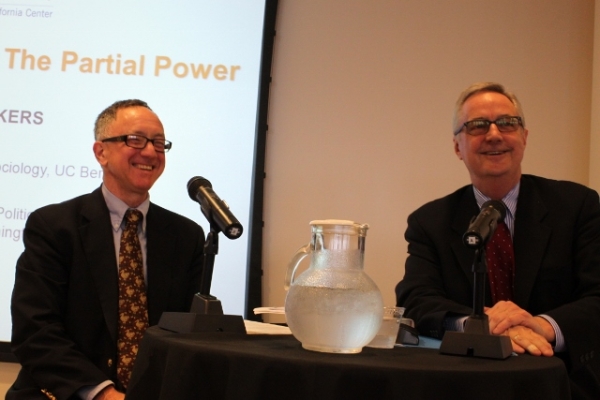 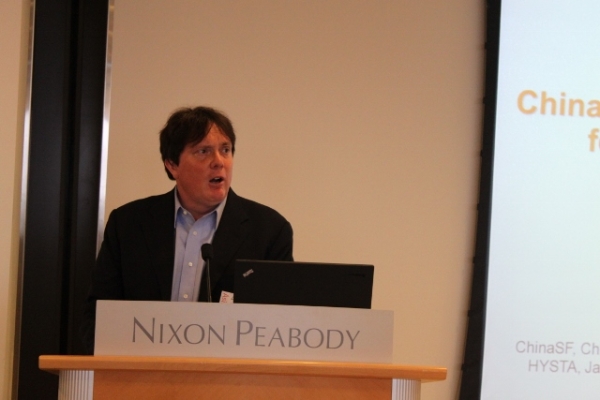 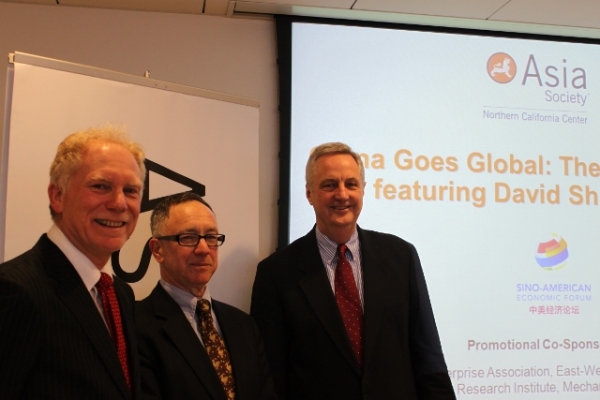 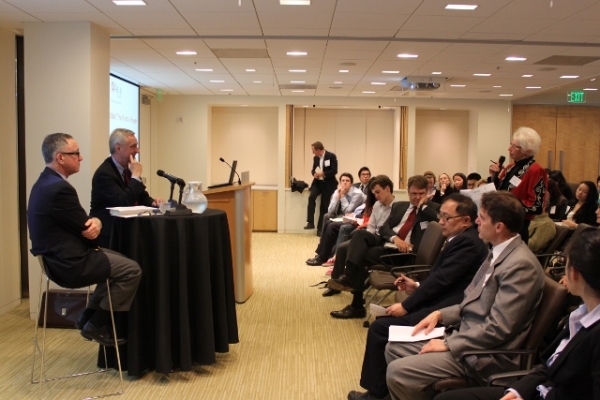 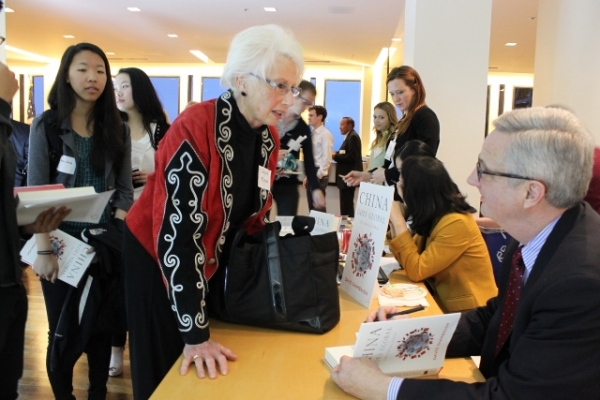 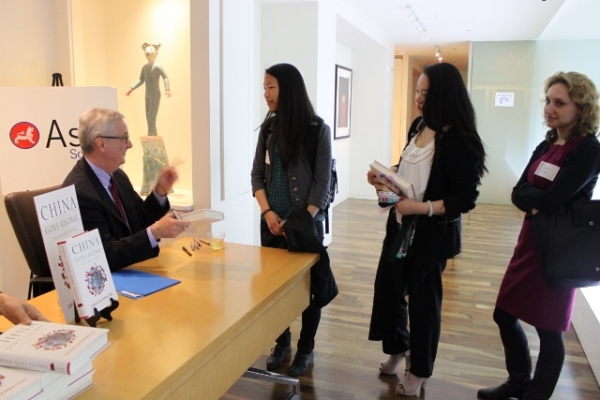 For years now Western journalists and scholars have declared China the “world’s next superpower.” Not so fast, says China scholar David Shambaugh, whose new book, China Goes Global: A Partial Power, finds China to be “surprisingly weak” in its global presence. China may soon surpass the U.S. in GDP, but its global influence in terms of diplomacy, culture, and military power lags behind considerably.

Speaking at a sold-out event organized by ASNC on April 4 at Nixon Peabody, Shambaugh, a political science professor at George Washington University, argued that to continue its rise, China must overcome the “severe identity crisis” that dictates much of its foreign policy. He explained that China teeter-totters between celebrating openness and globalization and being “obsessed with sovereignty,” particularly through the principle of non-interference in other states’ domestic affairs. China falls short in foreign aid and has, said Shambaugh, “aided, abetted, indulged, and permitted” rogue regimes in North Korea and Iran. China remains fixated on its history as victim of imperialist powers, he continued, and must adopt a more internationalist mind-set if it is to become a true superpower.

Shambaugh and UC Berkeley’s Thomas Gold, who moderated the discussion, both recognized that evaluating a nation’s potential as a “superpower” means comparison to the U.S., and China continues to fall short. Inside the U.S.,  they also agreed that east and west coast perspectives on China are markedly different, with the former focused on security challenges and the latter on economic opportunities.

Shambaugh cautioned against rosy-eyed views of U.S.-China relations. He called recent tensions “the new normal” and warned Americans not to “indulge in idealistic fantasies about cooperation.” U.S.-Sino relations have deteriorated since Obama’s visit to China in 2009. To get back on a positive footing, he said, “We’ve got a lot of work to do.”

The event was co-hosted by the Sino American Economic Forum and co-sponsored by Nixon Peabody, LLP.