with The Honorable Kevin Rudd 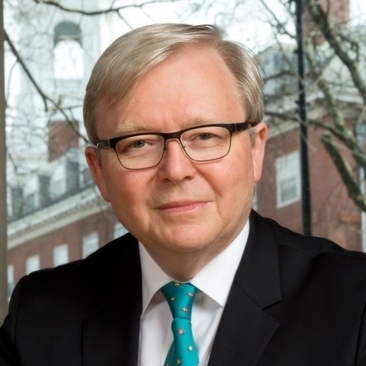 On December 10, 2020 Incoming President of Asia Society and 26th Prime Minister of Australia Kevin Rudd addressed VIP members on the Post U.S. Election outcome and the issues facing the US-China bilateral relationship. Some of the topics discussed included how the arrival of the new Biden Administration could help reassert the U.S. as a coalition builder in Asia, how the Chinese government will react now that India has withdrawn from the RCEP negotiations, China’s involvement in currency manipulation of its RMB, as well as other options for the U.S. to re-engage partners in the region. This discussion was moderated by Margaret Conley, Executive Director of Asia Society Northern California.