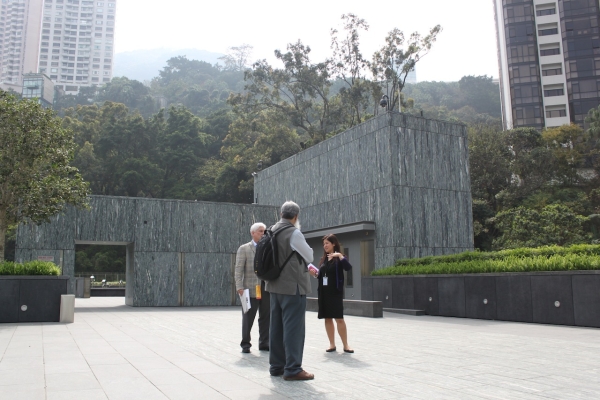 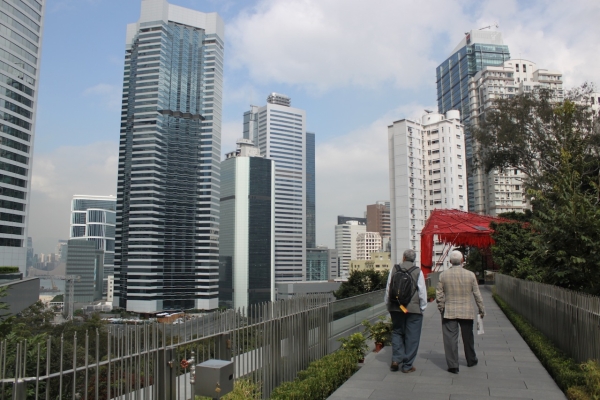 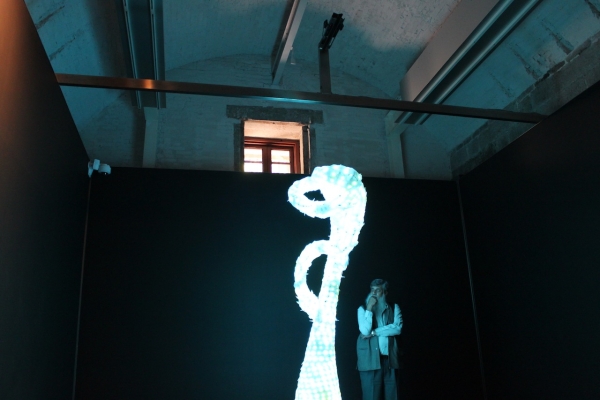 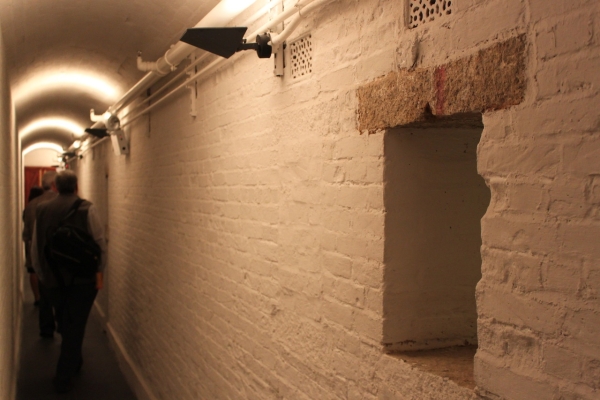 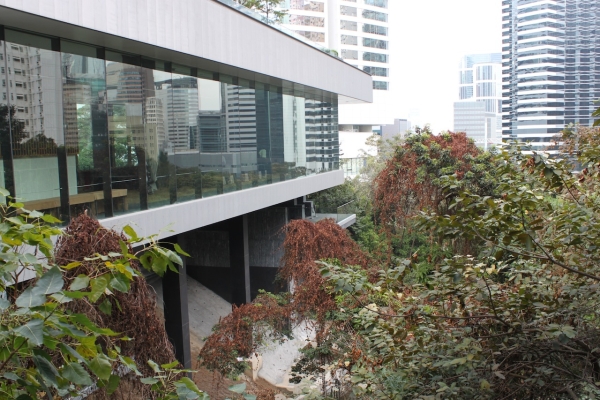 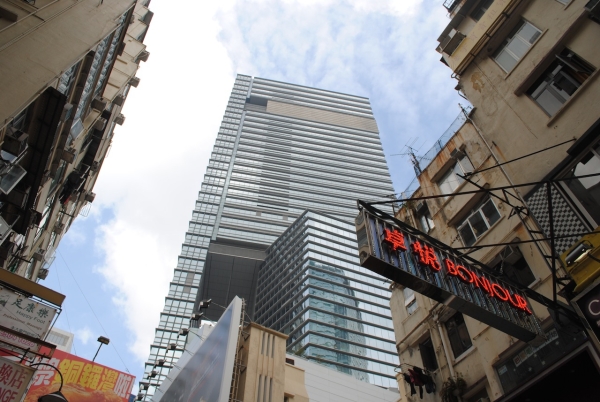 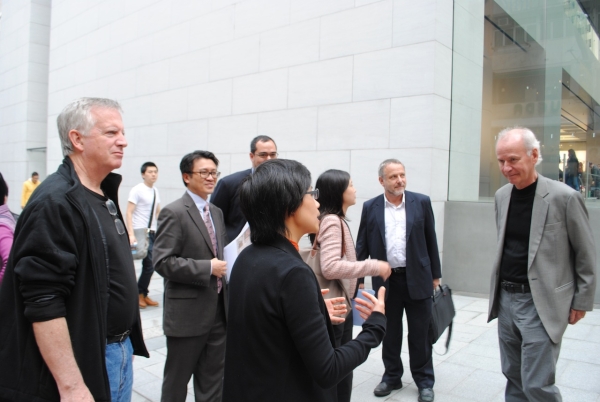 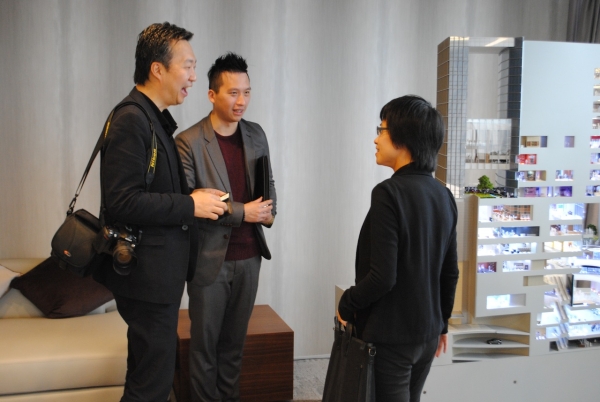 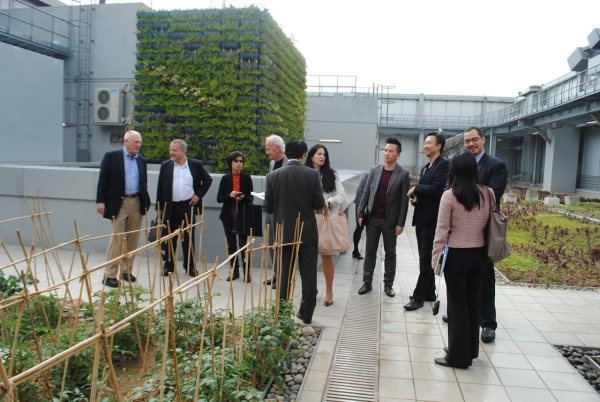 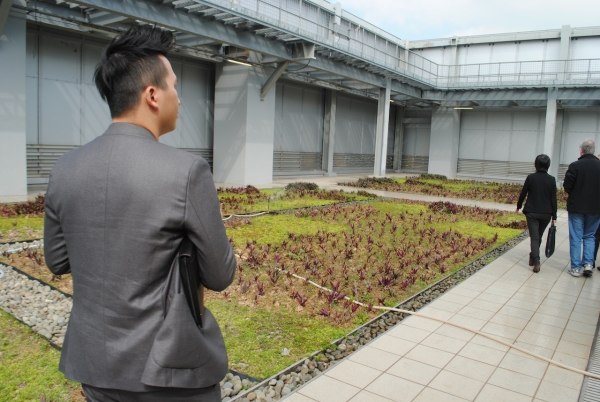 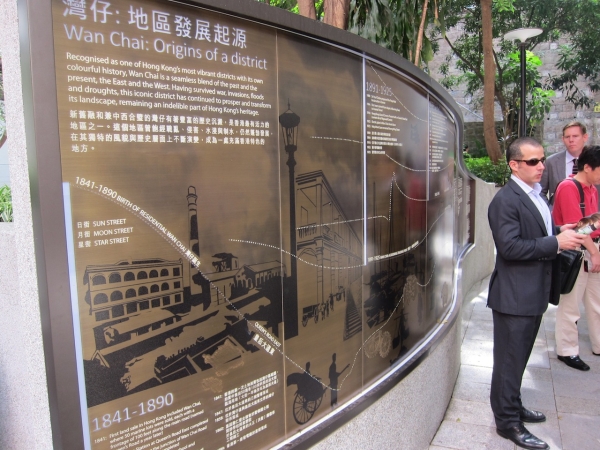 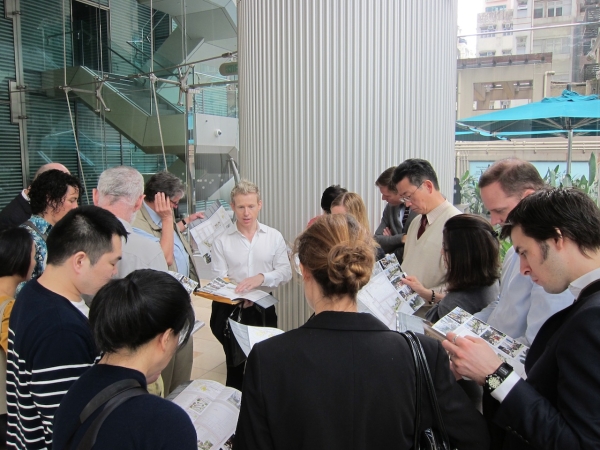 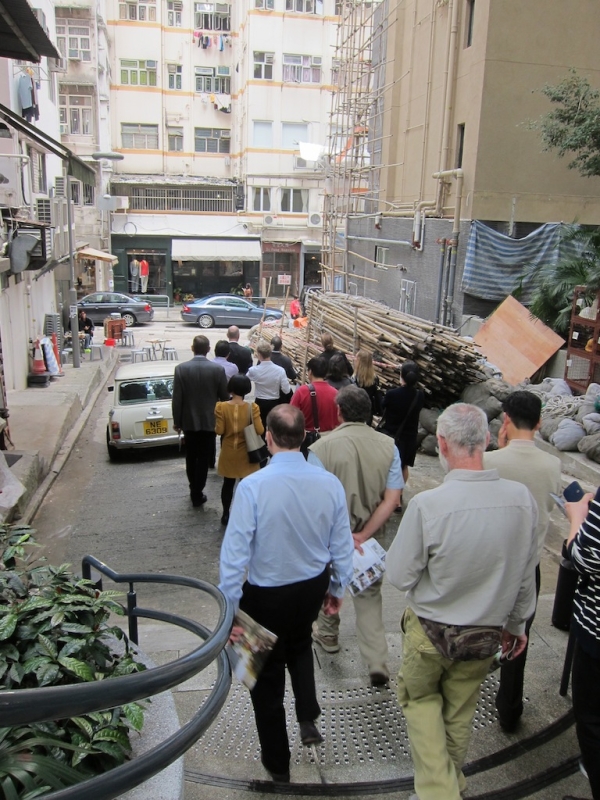 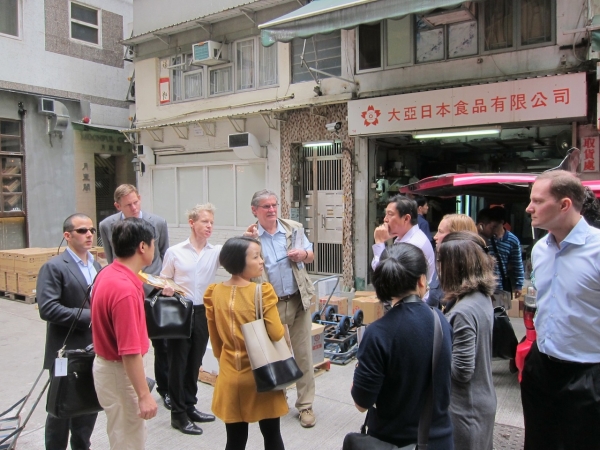 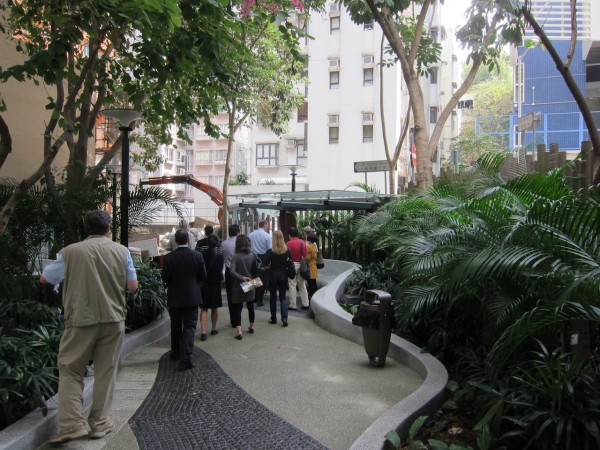 Asia Society and ULI organized three mobile workshops on the sideline of this year’s Pacific Cities Sustainability Initiative (PCSI) Forum, which provided participants with an inside look into Forum’s host city, Hong Kong. As one of the most densely populated cities in the world, Hong Kong has made great strides in adapting to a high-density population and limited land mass while enhancing livability for its 7 million inhabitants and preserving its cultural tradition and aesthetics. Through these site visits and tours, Forum participants learned how cities and communities can be environmentally viable but also culturally and socially enduring.

Jewel in the City: The Asia Society Hong Kong Center

The Asia Society’s Hong Kong (ASHK) Center is a triumph in urban design and adaptive re-use of a once neglected space. Set on a hillside overlooking the city’s Admiralty and Central districts, ASHK is surrounded by the usual panoply of soaring, multi-use buildings that is a defining characteristic of modern Hong Kong. Almost undetectable from a distance, the tallest structure at the Center is only three stories tall. Because of this, once visitors enter the grounds they are immediately transported into a distinctive landscape dominated not by skyscrapers, but by Banyan trees, marbled outdoor walkways, and vestiges of the city’s colonial past.

Built on the site of a former British explosives magazine compound, the Center combines new construction with rehabilitated buildings that are over a century old. While the newly built structure making up the grand entrance, Jockey Club Hall, Ammo Café, and Joseph Lau Roof Garden are striking, one is equally impressed by the careful preservation work that has taken place throughout the complex. The former barracks and old magazines that once stored explosives have been artfully revitalized into an art gallery, a 100-seat theatre, modern meeting rooms, and office spaces. The brilliance of the design is that new does not take precedence over old. Rather new and old are perfectly married to present an example for how contemporary urban design can be achieved without demolishing the old.

Looking to both the past and the future, the development of Hysan Place is a story of its geographical context and its vision for an enduring addition to the urban community. Certified LEED Platinum and one of Hong Kong’s most sustainable buildings, participants were given a first-hand look at the innovative design and construction that went into building Hysan Place.

Built above a metro station, the 36-story mixed use building and shopping mecca takes advantage of Hong Kong’s existing transportation infrastructure. With an eye on long-term sustainability, the building employs hybrid ventilation systems, infrastructural fins that create shade, and building facades that are oriented away from the sun to minimize the use of air conditioning. By studying the construction site’s microclimate Hysan Place’s architects also designed special holes to allow cooling wind and natural light to flow through the building.

The roof of Hysan Place consists of a publically accessible urban garden designed to enhance the building’s feng shui. Other sustainability innovations lay out of sight, including a rainwater harvesting system, an artificial wetland on the 17th floor, and the extensive use of green building materials in its construction. Green building innovations, attention to public use, and sensitivity to its imposing place in the community makes Hysan Place a prime example of sustainable urban design. According to Lai Kiu Chan, the award-winning architect and design and project director of Hysan Place, the life of Hong Kong buildings is not measured in physical stability, but commercial and cultural vitality.

The revitalization of Old Wanchai showcases Hong Kong’s effort to restore declining urban areas and promote public spaces. Originally developed in the early 1900’s, the low-rise neighborhood maintains its traditional character of narrow streets, mature trees, and a relaxed atmosphere. Building on these strengths, the revitalization initiative aims to reinvigorate the district as a hub for innovative businesses, arts, and social enterprises. Stylistic street furniture, shade plants, and the integration of two pocket parks have created a new, fluid urban space while preserving its distinctive atmosphere.

Central to this project is the involvement of the local community and efforts to ensure that revitalization will maintain the existing social and cultural structures that make Old Wanchai unique. Collaboration between the public and private sectors is making the creation of this unique urban landscape possible and the project has sought to engage a wide range of stakeholders, including consultation with over 700 community residents. Indeed, the development of Old Wanchai shows how public-private partnerships can help revive neighborhoods and reinvigorate communities in Hong Kong.