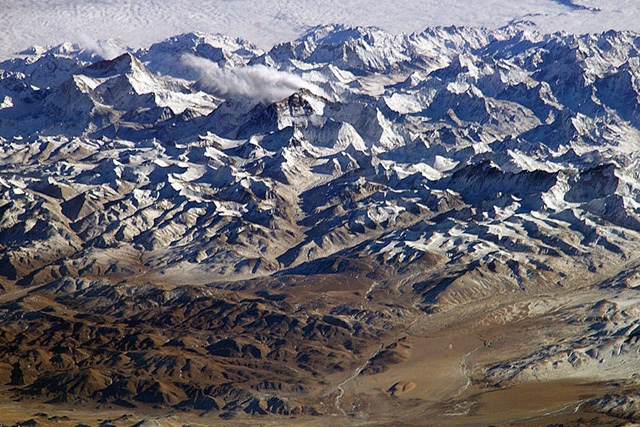 SAN FRANCISCO, November 5, 2008 - The glaciers of the Tibetan Plateau supply water to over 40 percent of the world’s population, and the region is a climate change hotspot, experiencing temperature gains well above the global average. Speaking before a packed crowd, environmental journalist Isabel Hilton, scholar Julia Klein, and moderator Jennifer Turner of the Woodrow Wilson Center discussed global warming in the Plateau and offered a grim assesment of what it means for the surrounding area.

Klein, a professor at Colorado State University, is a leading expert on climate change in the Tibetan Plateau and the interaction between climate, land use, and the region's ecosystems. Rising temperatures have already brought irreversible changes, Klein said, and conditions will almost certainly worsen. She cited one example: climate change is causing grasslands to be replaced by shrubs, and yaks—the principal livestock of the region—don’t eat shrubs. The health of the animals is worsening and their numbers are sure to diminish.

Such transformations are not confined to the Plateau. Hilton, the London-based founder and editor of ChinaDialogue.net, went on to suggest some broader implications. She began by explaining the critical importance of glaciers. "Glaciers are really supporting civilizations," she said, "not only in this region, but all over the world. They act as humanity’s water tank."

But even at current temperatures, those glaciers are disappearing. Some studies predict that two-thirds of them will disappear by 2060 and that all of them will be gone by 2100. At this point, Hilton stressed, all we can do is slow the rate of melting.

As glaciers disappear from the Tibetan Plateau, the water supply for two billion people living in downstream areas—including India and China—will diminish as well. And supplies of potable water are already tight in these countries.

"I think what’s in store as the glaciers retreat, as the water diminishes, is potentially one of the first climate-change wars of the 21st century," Hilton predicted.

Both Klein and Hilton stressed that while efforts to reduce global warming have drawn a good deal of attention recently, adaptation to global warming has not. With warming already a fact of life, mitigation alone is insufficient, and the peoples of Asia and the world must learn to live with these potentially catastrophic changes.