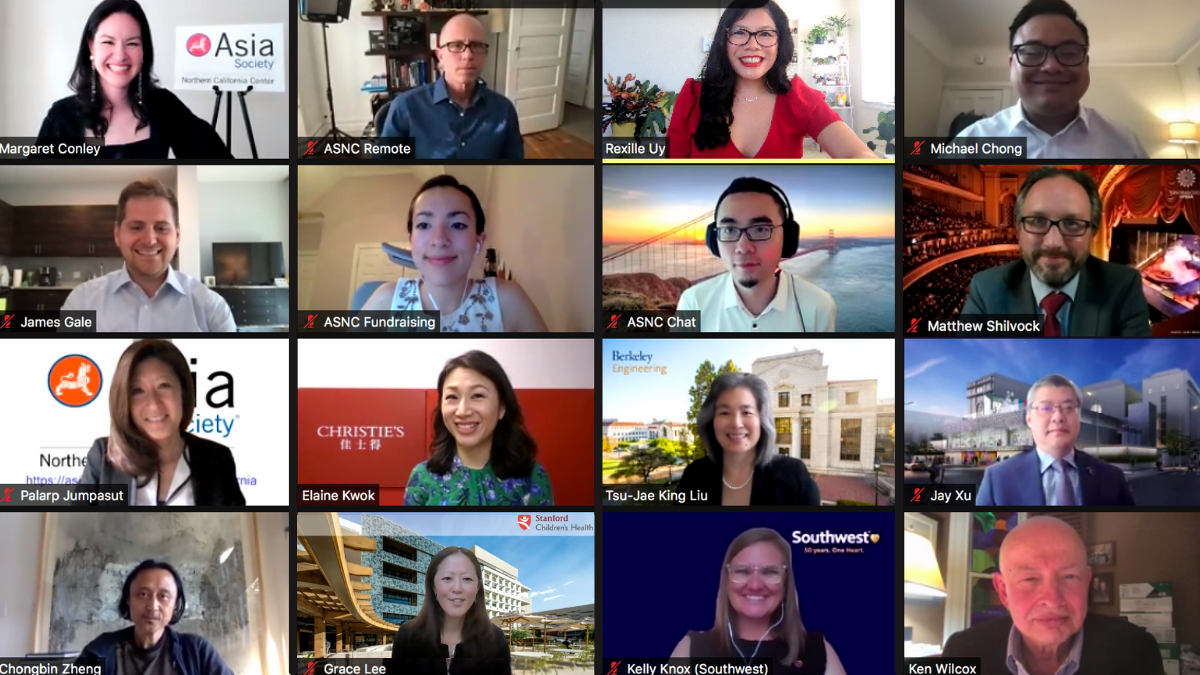 The Virtual Gala PDF program can be viewed here.

The evening's first honoree was Tsu-Jae King Liu, dean of engineering at the University of California, Berkeley. Dean Liu was introduced by UC Berkeley Chancellor Carol Christ. Dean Liu and Chancellor Christ are both the first females ever to hold their posts. During her acceptance speech Dean Liu, the daughter of immigrants from Taiwan, discussed the importance of the Asia Game Changer West Awards in highlighting the contributions of Asians and Asian Americans to society.  She also touched on her efforts to transform the field of engineering, coaching her students to be more compassionate and caring towards each other in the hopes of a brighter and more diverse future. (8 min., 48 sec.)

The next Game Changer honored was light and space installation artist Zheng Chongbin. Jay Xu, director and CEO of the Asian Art Museum of San Francisco and an Asia Society Northern California board member, gave introductory remarks. Hailing from Shanghai but living for over 30 years in San Francisco Bay Area, Zheng's exhibition I Look to the Sky is currently on display at the Asian Art Museum. In his acceptance speech, Zheng mentioned how the exhibition is inspired by the COVID-19 pandemic — "looking to the sky" a metaphor for the uncertainty surrounding the coronavirus. Zheng said that the arts can allow citizens to feel hopeful about the future, especially as more people get vaccinated. (5 min., 18 sec.)

The third Game Changer honored was Dr. Grace Lee, Center for Disease Control advisor and professor of pediatrics at Stanford University School of Medicine. Dr. Lloyd B. Minor, dean of Stanford University School of Medicine and Asia Society Northern California board member, gave introductory remarks. Lee sits on the CDC's Advisory Committee on Immunization Practices (ACIP), which develops recommendations for U.S. vaccine use. During her acceptance speech, Lee acknowledged the countless Asian leaders working in health care to support the public health response to COVID-19 in the U.S. and globally, and credited her award as a reflection of the work being done by many of her Asian peers and colleagues. (5 min., 22 sec.)

You can still make a donation to support Asia Society Northern California.  Our mission is to build bridges of understanding between the United States and Asia.  This is more critical now than ever before. We hope you continue to stand with us as every day we strive to achieve our mission with each program we host, roundtable we execute, and person we meet. Please contact Palarp Jumpasut, Director of Partnerships, at pjumpasut@asiasociety.org or visit our donate page: https://asiasociety.org/northern-california/support/donate.