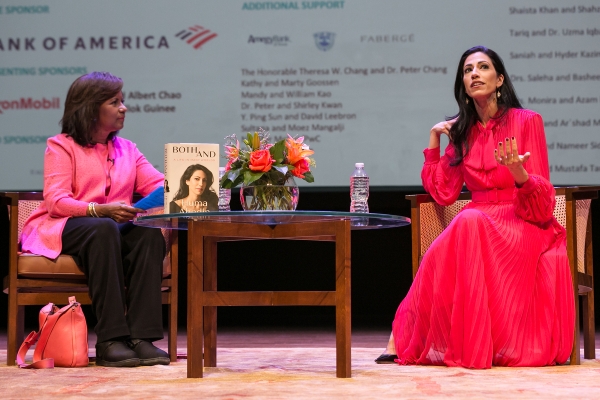 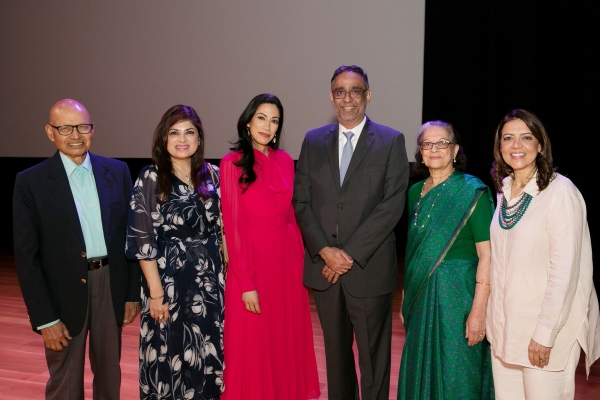 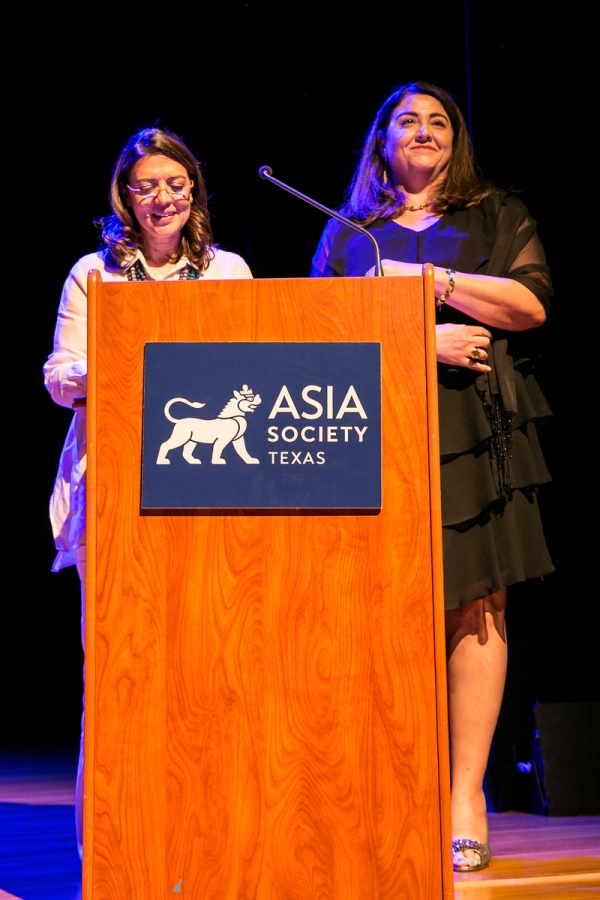 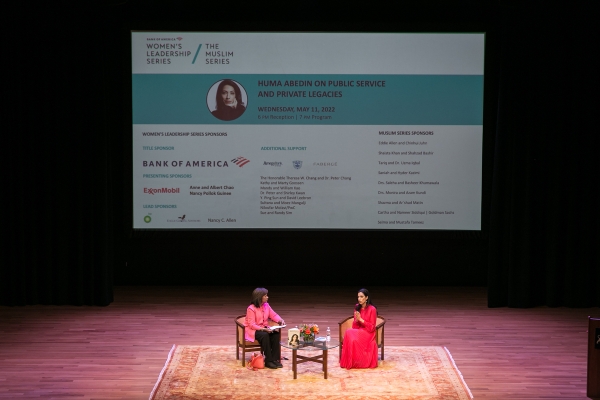 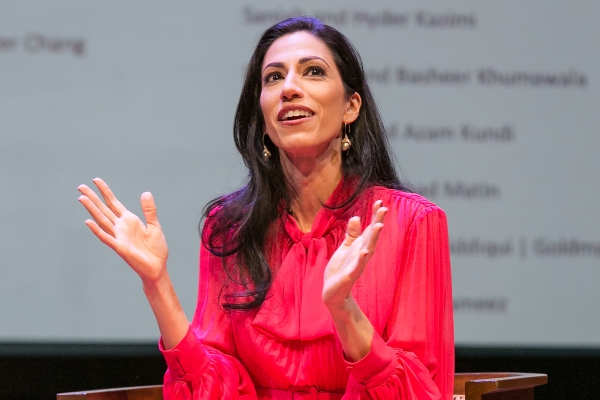 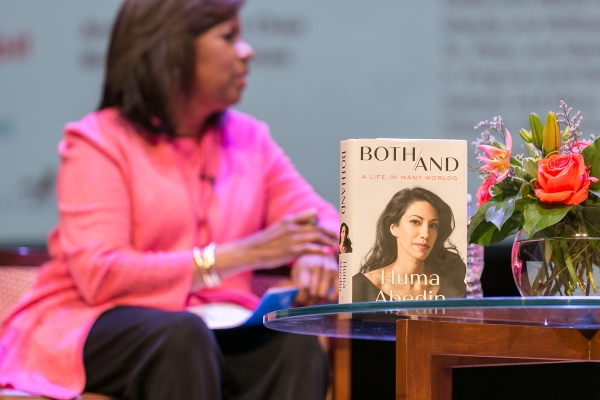 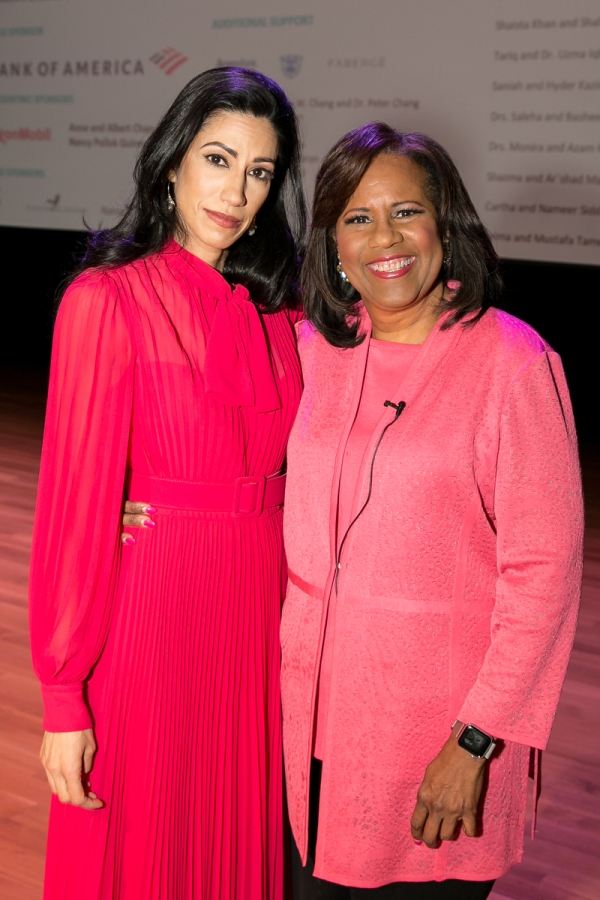 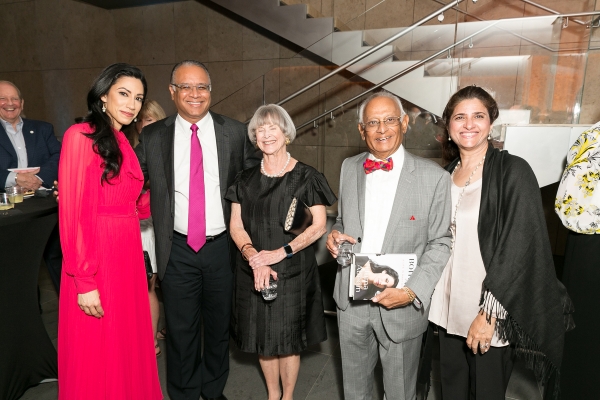 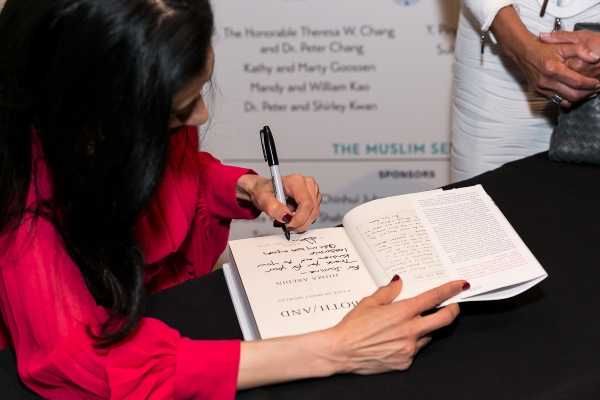 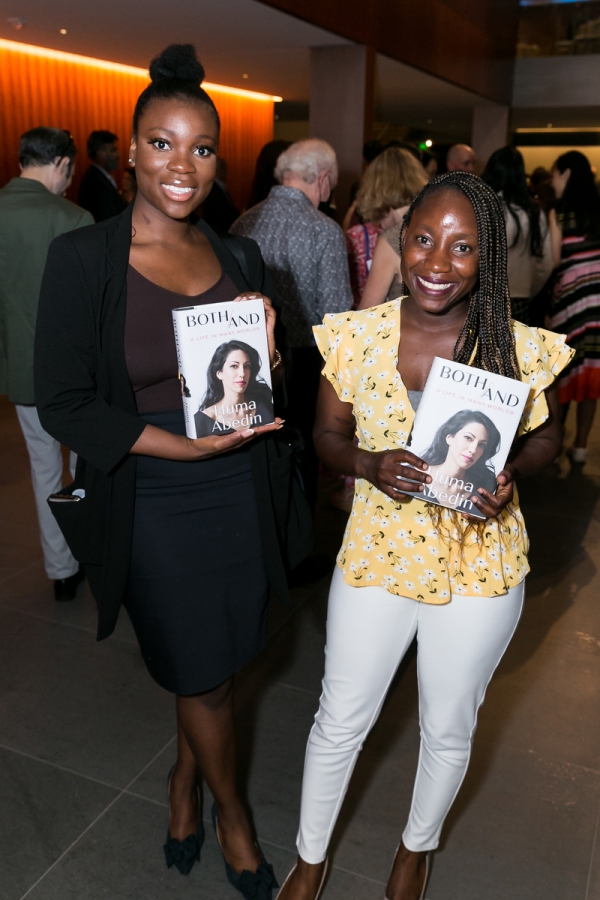 HOUSTON, May 17, 2022 — Asia Society Texas (ASTX) was honored to welcome Huma Abedin, longtime top aide to Hillary Clinton and author of the memoir Both/And: A Life in Many Worlds, to Houston for a special convergence of the Bank of America Women’s Leadership Series and Muslim Series. In conversation with Melanie Lawson, ABC13 Anchor and ASTX board member, Abedin spoke with warmth and candor about her parents and childhood, her career in public service, and what it means to be a Muslim American woman.

Growing up both Muslim and American

Abedin began by sharing the importance of sharing her story, as it gave her ownership of it. Her memoir spans the breadth of her life, as an American Muslim who grew up both in the U.S. and overseas in Saudi Arabia through career life in politics and public service. For Abedin, whose parents emigrated from India and Pakistan to the U.S. before moving to Saudi Arabia after her birth in Michigan, her incredibly international and multicultural childhood was vital in shaping her identity — of being both Muslim and American, both Indian and Pakistani. She said it was important to her to embrace the concept of “both/and” in a world that was increasingly “either/or.”

As an example, Abedin underlined how growing up in a Muslim community, specifically in Saudi Arabia, was both challenging and rewarding. She chafed at the restrictions women faced in the country, noting her female pet cat, Tiger, had more autonomy than Abedin did to come and go as she pleased. Abedin also pointed to the incredible community solidarity that is part of the Muslim faith and was always present for her and her family. For instance, when her father was gravely ill, she said a neighbor took her and her siblings in to their home while her mother flew back to the U.S. for his kidney transplant.

Abedin shared that while she lost her father at 17, it was the strength of what he and her mother taught her growing up that carried her through her life and career. She also spoke about her grandmother, the first woman in the family to go to university, and said it was family legacies which helped Abedin achieve what she had — including being the highest-ranking Muslim American in the U.S. government for many years.

A journey in public service

Abedin admitted her first dream career was to be an international reporter like Christiane Amanpour, which led to her applying for an internship with the White House press office — but she was instead accepted for an internship in First Lady Hillary Clinton’s policy office. From that internship, Abedin was offered a full-time position, which she said has led to many “epic adventures.”

Generously sharing some of her earlier years with Clinton, Abedin spoke about mishaps and building that relationship with Clinton. She acknowledged many people either loved or loathed her boss, but emphasized her personal admiration of Clinton as an incubator of young leaders and a tireless worker, and explained how working so closely with such a public figure required tuning out of some of the louder, more absurd stories that took over 24-hour cable news. Abedin admitted it was hard to take some of the wild stories around Clinton seriously, and realized only in retrospect how many people believed them — which Abedin attributed to a combination of disinformation and discomfort with powerful women.

The power of female friendships and solidarity

In an especially candid portion of the conversation, Abedin addressed the topic of her ex-husband, speaking emotionally about the difficulty of feeling judged for staying in the relationship and how she retreated into a bubble when she felt like she was always being looked at and whispered about. But Abedin also explained how the community of women surrounding her gave her immense strength and supported her with their friendship and solidarity. She said she hopes to raise a son who breaks harmful cycles, and she is less focused on what happened to her and why, choosing instead to focus on the next generation's capacity to respect women and not fear their power.

Advice for the next generation

At the end of the program, Abedin spoke directly to the next generation with her advice — particularly to brown girls, but to all young people — urging them to consider doing the things that scare them most. “It’s probably worth it,” she said, pointing to how sharing her private story so publicly was something she thought she couldn’t do. “And here I am, seven months in, and it feels pretty great and empowering and pretty liberating.”

Huma Abedin has spent her entire career in public service and national politics, beginning as an intern in First Lady Hillary Clinton’s office in 1996. After four years in the White House, she worked in the U.S. Senate as Senior Advisor to Senator Clinton and was Traveling Chief of Staff for Clinton’s 2008 presidential campaign. In 2009, she was appointed Deputy Chief of Staff at the U.S. Department of State. Huma served as Vice Chair of Hillary for America in 2016, resulting in the first woman elected nominee of a major political party. She currently serves as Hillary Clinton’s Chief of Staff. Born in the United States and raised in Saudi Arabia, Huma moved back to the U.S. in 1993. She lives in New York City with her son, Jordan. She is the New York Times best-selling author of Both/And: A Life in Many Worlds.