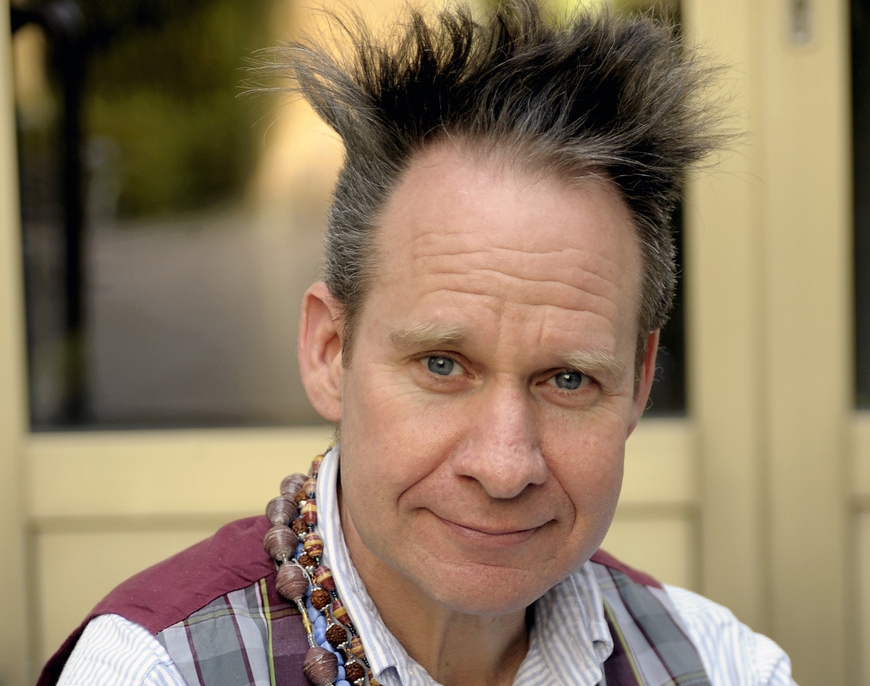 Internationally renowned theater, opera and festival director Peter Sellars (Nixon in China, The Marriage of Figaro, Girls of the Golden West) will appear for a one-night only engagement to discuss the significance of Dunhuang to his creative practice, and particularly to his Vimalakīrti Sutra Project.

The Vimalakīrti Sutra, a first-century allegorical text of Buddhist teachings, is the subject of multiple depictions at the Mogao Caves in Dunhuang, China, found in wall paintings and the objects recovered from Cave 17. Sellars, who has traveled to Dunhuang repeatedly to view these depictions in-situ, describes the Sutra as “a radical democratization of Buddhist practice” due to its focus on an enlightened layman, rather than a monk or deity. Throughout his discussion, he will illuminate its relevance both to tradition and our world today.

About the Mogao Caves at Dunhuang

The UNESCO World Heritage Site of Mogao includes 735 caves, 492 of which are decorated with wall paintings and sculptures spanning the 4th through 14th centuries. The Library Cave (Cave 17), sealed in the 11th century and discovered in 1900, contained over 50,000 manuscripts, paintings, and materials which provide valuable insights into Buddhism, daily life in premodern China, and the religions and languages of the Silk Road.

Dunhuang is an incomparable place at the confluence of art and history to preserve for the benefit of future generations. Today, the Dunhuang Academy is the national institute in China responsible for its conservation, research, and management.

About the Dunhuang Foundation

Since 2010, the Dunhuang Foundation has worked with the Dunhuang Academy to conserve the Dunhuang caves. The Foundation supports the Academy in becoming one of the world’s foremost conservation science and research institutions through funding strategically important programs. In 2015, the Foundation’s mission expanded to include a commitment to public engagement activities rooted in the themes of Buddhism, the Silk Road, and cultural heritage preservation.