What's Ahead for Contemporary Art in India? | Asia Society Skip to main content

What's Ahead for Contemporary Art in India? 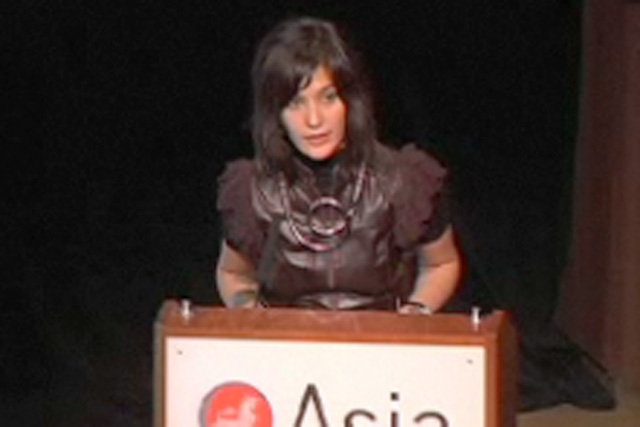 Arani Bose
Arani Bose was born in Calcutta and spent his youth in India and the United States. He was educated at Stanford University, where he studied philosophy, religion, and chemistry. An interventional neuroradiologist and clinical neurologist, he received his medical training at Yale University. In 1994 Dr. Bose co-founded Bose Pacia Gallery in New York with Ms. Shumita Bose and Dr. Steven Pacia. Bose Pacia was the first gallery in the West specializing in contemporary art from South Asia, and during the past decade Bose Pacia has held over 50 exhibitions and is internationally regarded as one of the preeminent galleries promoting the South Asian avant-garde.

Melissa Chiu
Melissa Chiu is the director of the museum and curator for contemporary Asian and Asian American art. Ms. Chiu has had a long involvement with Asian contemporary art and is recognized as a leading authority in the field. Prior to the Asia Society, she was the founding director of the Asia-Australia Arts Centre in Sydney, a non-profit contemporary art center devoted to promoting dialogue in the Asia-Pacific region among artists, writers, curators and filmmakers. Additionally, Ms. Chiu has curated over thirty exhibitions with artists from Malaysia, Vietnam, China, Thailand and Japan, among others.

Atul Dodiya
Atul Dodiya was born in 1959 in Mumbai and received his diploma from the Sir J.J. School of Art in 1982. Apart from several solo shows in India he has exhibited at Gallery Apunto, Amsterdam in 1993 and has participated in 'The Richness of the Spirit,' Kuwait and Rome in 1986-89; 'India - Contemporary Art,' World Trade Center, Amsterdam 1989; and 'Exposition Collective,' Cite Intemationale Des Arts, Paris 1992. He has also exhibited at 'Reflections and Images,' Vadehra Art Gallery, New Delhi and Mumbai, 1993, and 'Trends and Images' CIMA, Calcutta, 1993. He was given the Sanskriti Award, New Delhi, in 1995. Dodiya lives and works in Mumbai.

Dr. Hugo Weihe
Dr. Hugo Weihe leads the Christie's cross-departmental business getting team for Asian art, is also responsible for the Indian & Southeast Asian Art Department based in New York. Dr. Weihe received a Ph.D. in art history from the University of Zürich, where he also lectured on various subjects related to Asian art. His book, Die Ware Kunst (Art as Commodity), was published in 1989. In the early 1990s, he was the publisher of Artibus Asiae, one of the most important scholarly journals in the field of Asian art, based at the Museum Rietberg Zürich, in collaboration with the Arthur M. Sackler Gallery in Washington, DC.