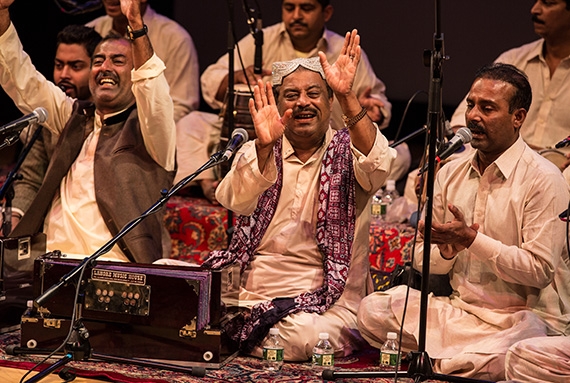 This past weekend, Asia Society hosted an all-day celebration of Pakistan's best performers, creative minds, and cultural commentators at the Lahore Literary Festival. This is the second time the festival has been held abroad — both times at Asia Society New York.

Watch below for full videos of the various discussions and performances.

Author and journalist Ahmed Rashid, former Assistant Secretary of State for South Asia Robin Raphel, and former CEO of Viacom and current board member of VICE Tom Freston discussed the phenomenon of fake news and what it means for individuals and states. The conversation was moderated by Amna Nawaz of ABC News.

Author of A Case of Exploding Mangoes Mohammed Hanif and author of The Golden Legend Nadeem Aslam delved into the role of satire and escapism at the crossroads of fiction and reality. The conversation was moderated by New York Times literary critic Dwight Garner.

Masters of Qawwali Sufi music Fareed Ayaz, Abu Muhammad Qawwal and Brothers brought the festival to a close with a sold-out performance.