US-Iran Relations: Has the Time Come? 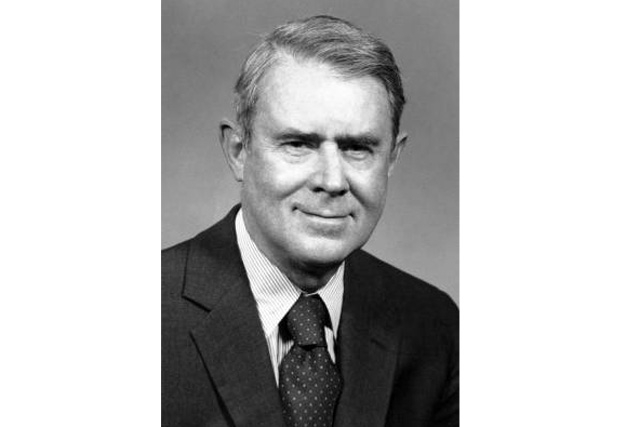 Speech by The Honorable Cyrus R. Vance, Former US Secretary of State.

Sponsored by the Asia Society, the American-Iranian Council, and the Asian-American Center of Queens College

I am pleased to join you for eftar this evening. Thank you Nick and Hooshang for a gracious introduction and for organizing this event. A group of distinguished colleagues will join me for the panel discussion that follows my comments.

Almost twenty years ago, as US Secretary of State, I participated in the decision to end diplomatic relations between the United States and Iran, a painful and difficult step taken in response to the attack on our embassy in Tehran and the abduction of our diplomats during a period of revolutionary turmoil.

Months later, I took a second decision to resign in protest tot the failed military action, in order to bring about a change in policy toward the hostage crisis.

In the years that followed, I have watched from the sidelines with frustration and sadness as relations between our two countries plunges into increasing hostility, mistrust, name-calling, and mutual recrimination.

Tehran seemed incapable of setting aside its anger at America's regrettable role in the 1953 coup that removed Premier Mossadeq and restored the Shah to power. In response to that anger-and the actions it spawned-Washington would not come to terms with the new realities in post-revolutionary Iran.

The break in relations between the two countries and the ensuing stalemate has been costly. We opposed Iran during the long and destructive Iran-Iraq war. Our navy inadvertently and dismayingly shot down an Iranian civilian aircraft in 1987 resulting in substantial loss of life.

We froze Iran's assets, imposed economic sanctions, and prohibited our businessmen from trading with and investing in Iran. We have tried to limit other countries from engaging commercially with Iran.

These measures by successive American administrations were not taken in a vacuum or in bad faith. Rather these were reactions to real or perceived threats from Iran, or actions taken in its names.

But tonight, I would like to look to the future, not to the past. What I want to do is to articulate thoughts that I know are held by many in both countries, but which have not been formally and publicly stated due to the mutual mistrust that has developed over the years.

Once diplomatic relations are established, even at something less than full diplomatic ties, other legitimate grievances, including our concerns about terrorism, the peace process, and weapons of mass destruction, can then begin to be addressed. So, too, regular bilateral business between the two countries can resume in an improved atmosphere of mutual respect and good faith.

In the past two decades, what is abnormal in the discourse among nations has been accepted as normal in US-Iran relations. Lack of diplomatic relations, often between countries at conflict, even at war, is the abnormality, not the norm.

This proposal, which is in the best interest of both nations, requires political will and a leap of faith. I believe the leaders-and the peoples-of our two great countries are capable of meeting this challenge. I call on President Clinton and on Iran's Supreme Leader Ayatollah Khamenei, and other leaders on both sides, to embark on the rapid re-establishment of diplomatic relations.

Here in the United States, the torch is passing from my generation to a new generation of leaders. We need to remind them of Iran's enormous strategic significance within the region and beyond, its vast economic potential, its contributions to civilization, the vitality of its cultural and religious heritage, and the hospitality and generosity of its people.

In the past twenty years, about a million Iranians have made the United States their home, and proud home. These citizens have distinguished themselves across all walks of life and endeavor. They are natural bridges between our two nations.

Iran is in transition. More than half of the population was born after US-Iran relations were severed. They demand the opportunity to be integrated fully into the world community, a demand that is increasingly recognized by the authorities in Tehran.

The Iranian government has indicated that it would welcome American business involvement in Iran, especially in the oil sector. American businessmen, on their part, urge Washington to be allowed to do so. Moreover, the two countries share common interest in the fight against drugs, concerns about instability in Afghanistan, and erratic regime in Iraq, and development of the infrastructure to transport oil and gas from the Caspian Basin.

We have much to work together on. In my capacity as Honorary Chairman of the American-Iranian Council, I look forward to working with distinguished American and Iranian members of the Council to usher in a new chapter in the relations between our two countries.

In short, the time has come for us as American and Iranian citizens to apply our mutual energy, intellect, and goodwill toward strengthening relations between our two countries, as their destinies are intertwined. Thank you.