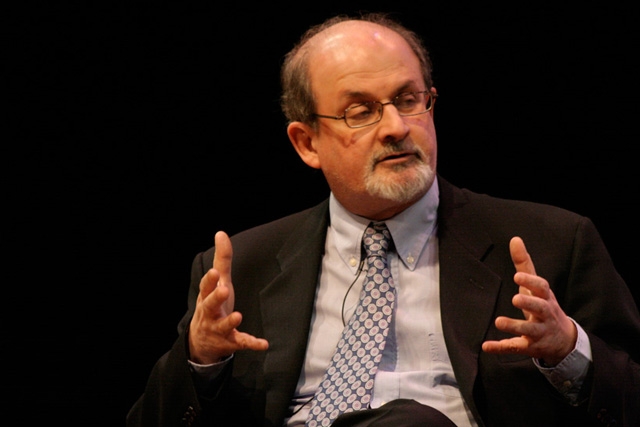 NEW YORK, December 17, 2008 - In the wake of last month's terrorist attack on Mumbai, a panel of writers convened at the Asia Society to deliver scathing criticism of both India's and Pakistan's governments and to express their solidarity with the city's people. Novelist Salman Rushdie, author of Midnight's Children and many other books; Mira Kamdar, former Bernard Schwartz Fellow, Asia Society, and author of Planet India: The Turbulent Rise of the Largest Democracy; and NYU journalism professor Suketu Mehta, author of Maximum City: Bombay Lost and Found, spoke in a conversation moderated by Rome Hartman, executive producer for BBC World News America.

The writers began by expressing their personal ties to, and affinity for, the wounded city. Rushdie and Mehta both paid tribute to its pluralism and openness by reading from their published works. Kamdar, who lost a family member in the assault, remarked, "My cousin was a soft target, and in a sense the whole city is a soft target." While lambasting the Indian authorities' incompetent response to the attack, Rushdie and Kamdar agreed that draconian new security laws were not the answer to the terrorist threat.

The panel unaninimously condemned Pakistan's government for denying any Pakistani connection to the attack, and for its widely perceived complicity in fostering Islamic terrorist organizations. The panelists were careful to point out that their criticism was directed at a segment of Pakistan's military and political elite and not at its citizenry. Mehta read from an editorial in the Pakistani newspaper The News to underscore the point that Pakistan itself is perhaps most seriously threatened by Islamic extremists.

Responding to a question about the tumultuous Indian media coverage of the attack, the speakers agreed that while some of that coverage was chaotic and exploitative, the media's shortcomings were negligible next to those of the civil authorities and that it had only been trying to do its job during a crisis. "That's not where the problem was," commented Rushdie, while Mehta added, "Thank god India is an open enough society that no general or policeman can tell the media what to cover and what not to cover."

Ending on a positive note, Mehta expressed a tentative hope that the failings in India's public sector exposed by the attack might spur the country's middle class to engage in political life and that the governing structure might be reformed so that Mumbai could finally get its own mayor.

Co-sponsored by the Indo-American Arts Council and the South Asian Journalists Association (SAJA).