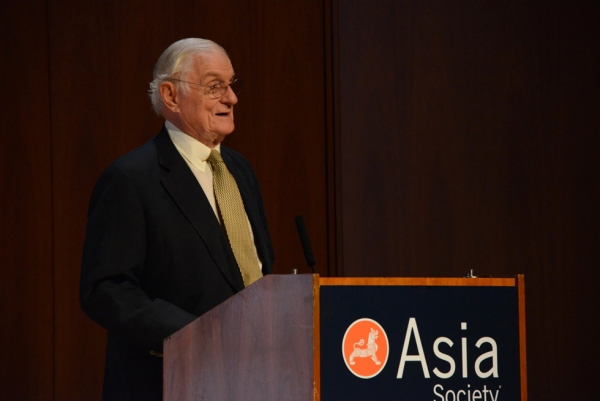 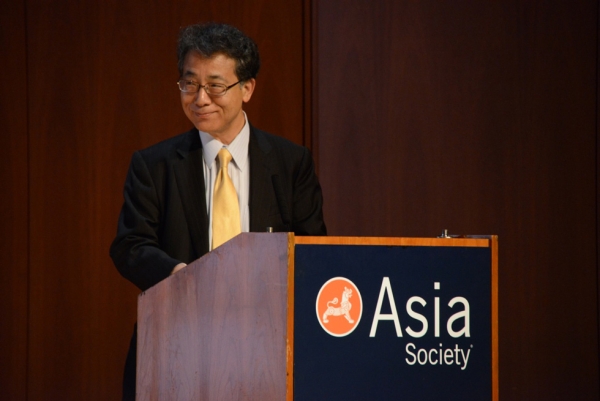 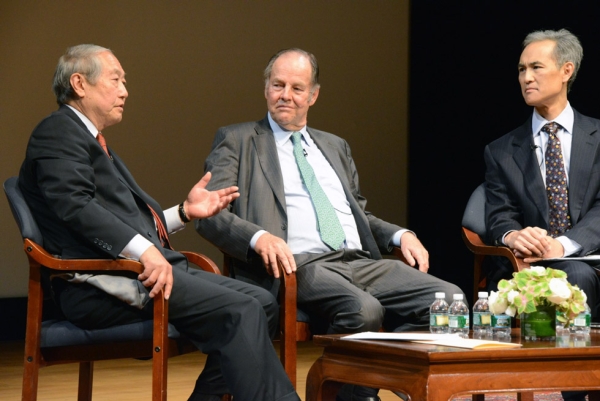 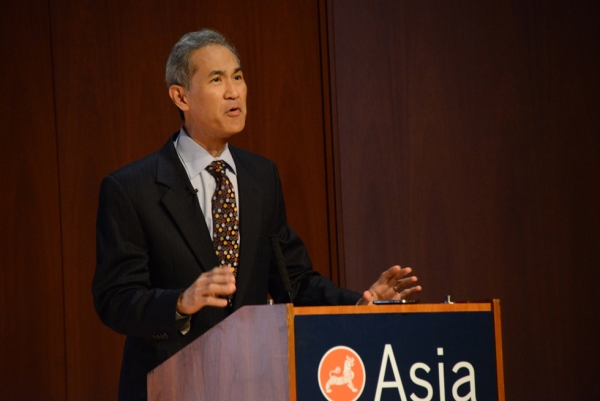 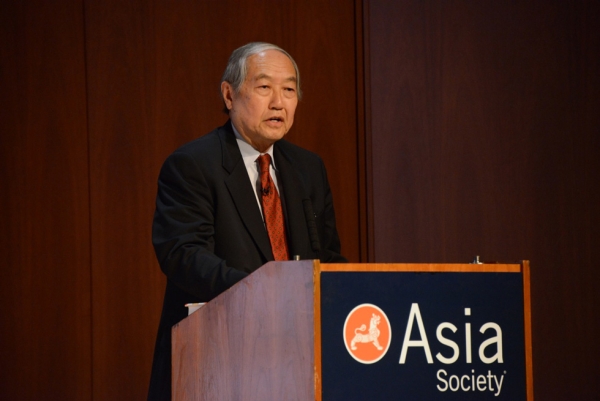 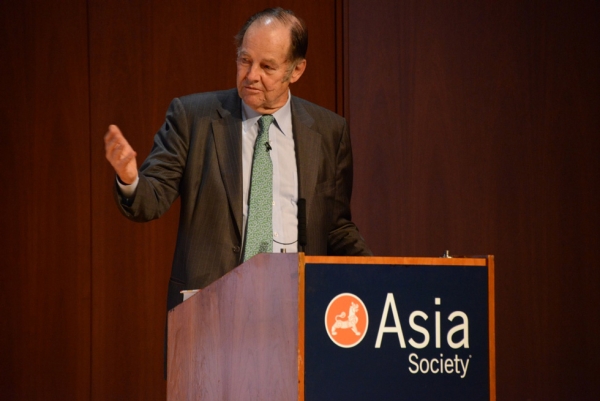 NEW YORK, June 20, 2013 — The redress bill that ensured justice and dignity for Japanese Americans interned during WWII helped shape and strengthen the relationship between the United States and Japan. "The strong bonds between our countries have only deepened," noted Ambassador Shigeyuki Hiroki, Consul General of Japan in New York, opening an Asia Society New York panel discussion commemorating the 25th anniversary of the bill's enactment.

In a discussion led by Reuters anchor Fred Katayama, former Governor Tom Kean of New Jersey and Grant Ujifusa of the Japanese American Citizens League shared their accounts of a significant and often misunderstood episode in American history. Instrumental in achieving redress for those held in the World War II internment camps, their unyielding perseverance and determination led President Ronald Reagan to reverse his public opposition to H.R. 442, Civil Liberties Act of 1988.

Kean recalled President Reagan's asking him, in the face of massive federal budget deficits, "You really think I should sign this, don't you, Tom?" Kean replied, "Mr. President, I think it's so important for the whole United States that you sign this."

Ujifusa claimed he was "speechless" when he found out the president was signing the bill. "I called some of my friends on the West Coast who had committed 15 years of their lives to this effort and all of us were really very happy."

"You study these awful episodes in history and you think we've learned a lesson, and I believe we have," Kean added. "Education is our best weapon. I think you teach episodes like this, show how awful it was, show how ashamed we are of it, talk about the redress, and if we continue to do that, there's a lesson in our classrooms, then no, I don't think it will ever happen again."