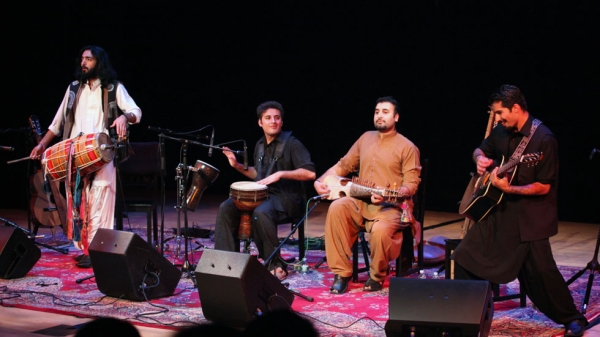 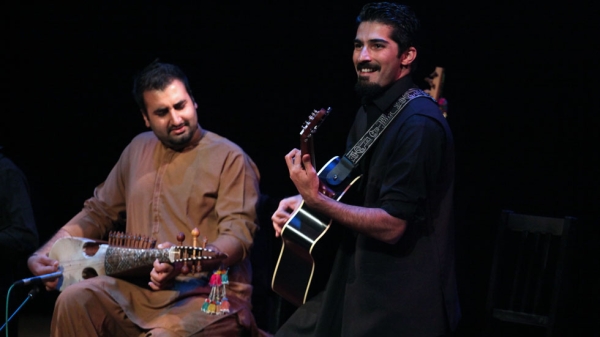 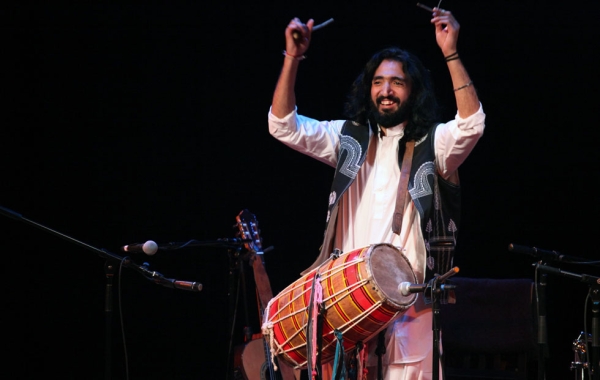 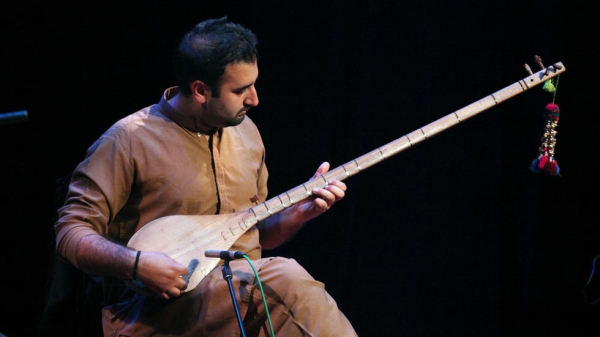 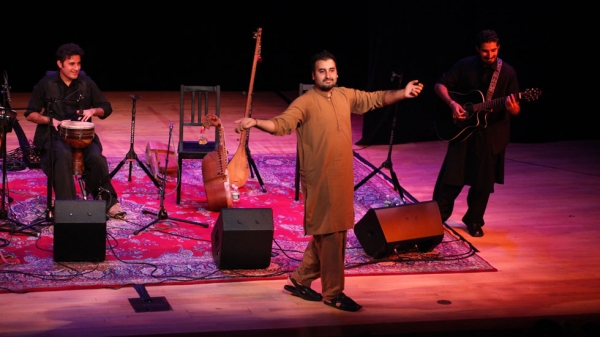 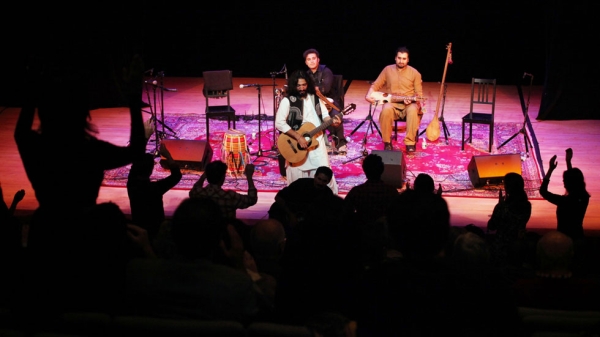 NEW YORK, October 12, 2014 — Khumariyaan, a instrumental quartet from Pakistan, got an Asia Society crowd to its feet in a concert that was part of a U.S. tour sponsored by the U.S. State Department's Center Stage program. New York Times reviewer Jon Pareles lauded the music as "nimble, vital, and determined."

Khumariyaan hail from Peshawar, near the border with Afghanistan, and their music is deeply rooted in Pashtoon folk tradition. The inclusion of two acoustic guitarists, however, allows them to update that sound for the 21st century; during the concert, guitarist Sparlay Rawail characterized their approach as an "incremental evolution."

Khumariyaan's performance is part of the Asia Society's ongoing initiative Creative Voices of Muslim Asia and is also part of Center Stage, a public-private cultural exchange by the U.S. Department of State's Bureau of Educational and Cultural Affairs and produced by the New England Foundation for the Arts (NEFA) in cooperation with the U.S. Regional Arts Organizations, with additional support from the Robert Sterling Clark Foundation and the Asian Cultural Council. General Management for Center Stage is provided by Lisa Booth Management, Inc.