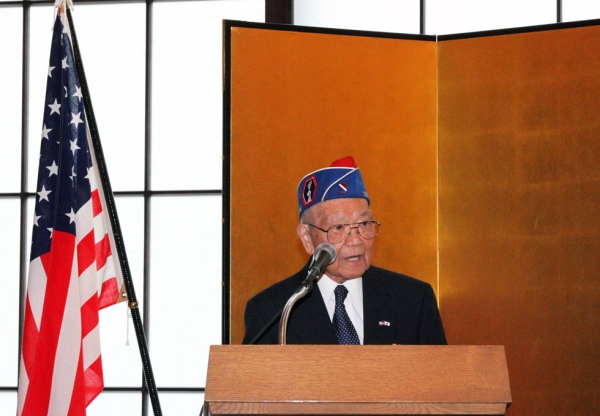 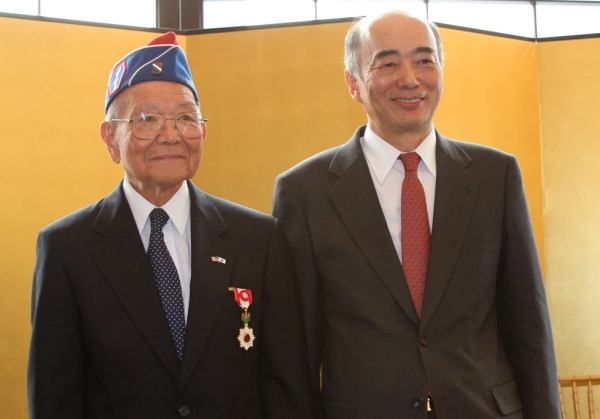 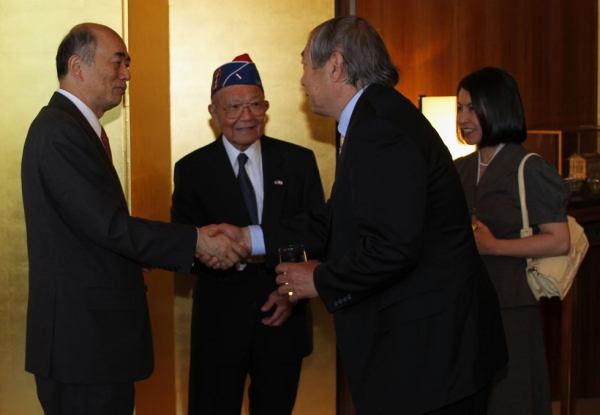 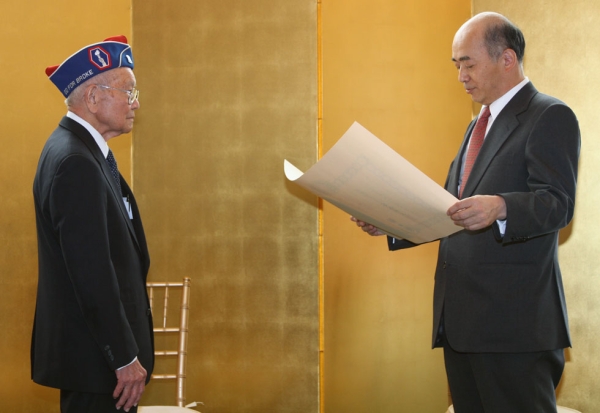 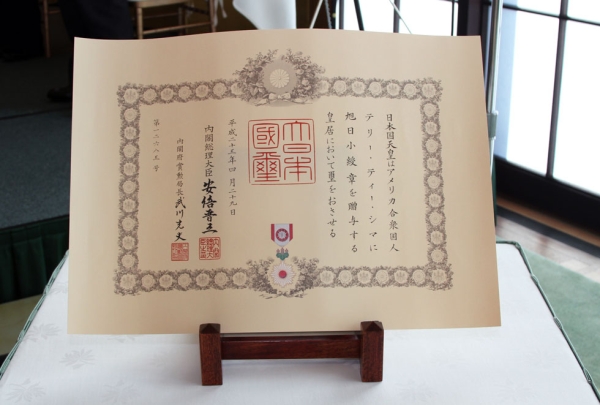 On May 21, I traveled to Washington, D.C., to attend a ceremony at the residence of Japanese Ambassador to the United States Kenichiro Sasae. Guests had come from all over the country to honor 92-year-old Terry Shima, among the few surviving members of the all-Japanese American 442nd Regimental Combat Team that fought in Europe during World War II and is now widely regarded as one of the most distinguished units in all of American military history. Many of its members volunteered out of internment camps where their parents were imprisoned to prove that Japanese Americans were loyal Americans. The young soldiers came home covered with medals and a 300 percent casualty rate.

Terry Shima not only fought with the 442, but with a fine command of the written word helped to send the astonishing story of the segregated unit to the press back home. Without him, the valor of the Japanese American soldier could have remained unknown to this day.

The ambassador awarded Shima the Order of the Rising Sun, the equivalent of a knighthood for the Japanese. Among those making remarks were representatives Doris Matsui and Colleen Hanabusa and former transportation secretary Norman Mineta. As Shima began to speak, there were few dry eyes in the audience.

I was honored to have been invited to a ceremony honoring not only Terry Shima, but to all who served their country in the 442.