Photos: Heroes Bestride the Stage in Evening of Thai Dance and Puppetry 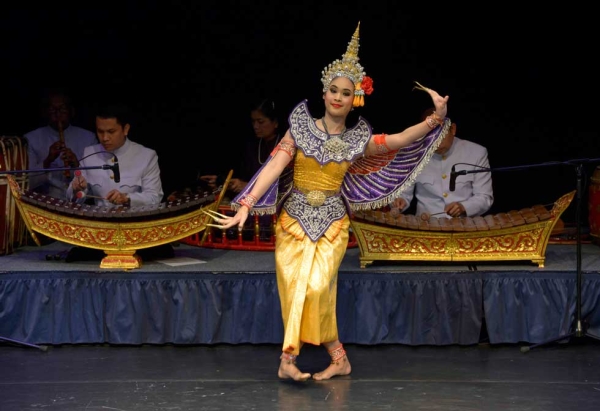 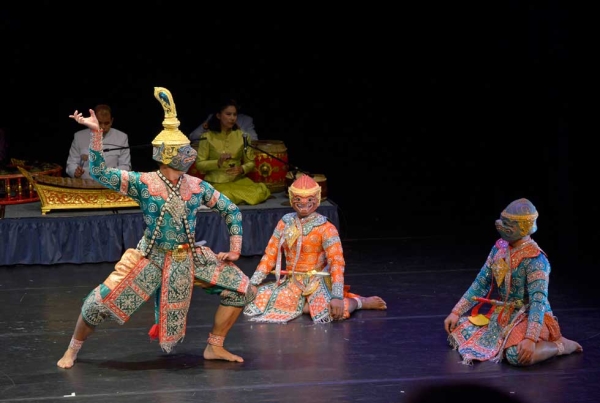 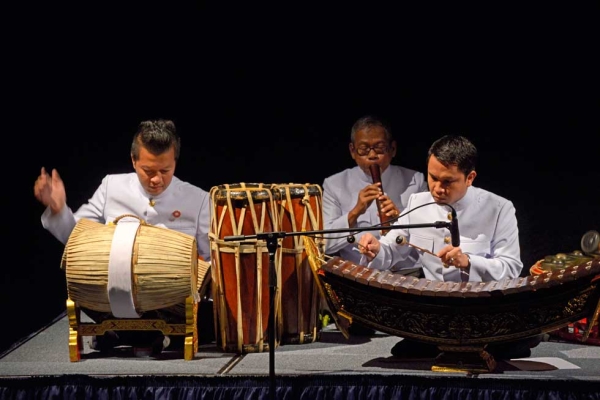 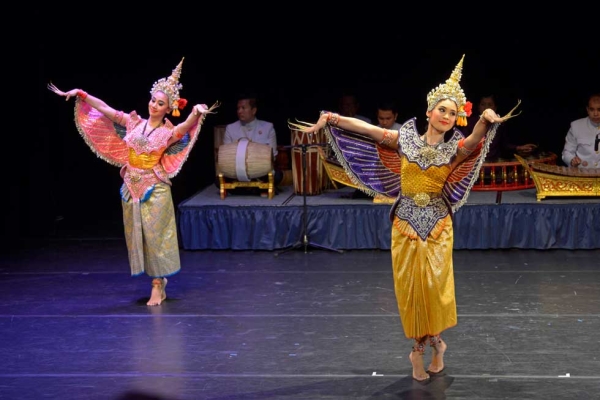 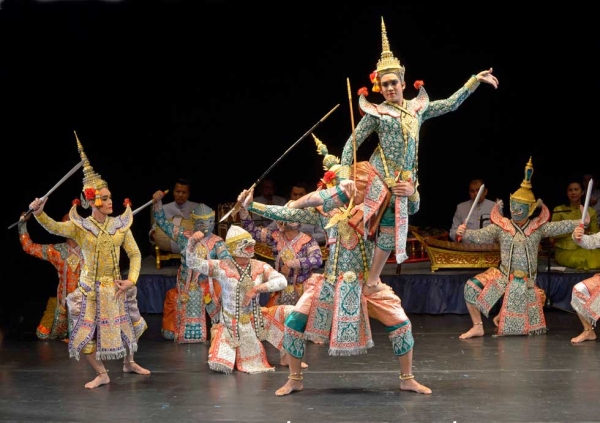 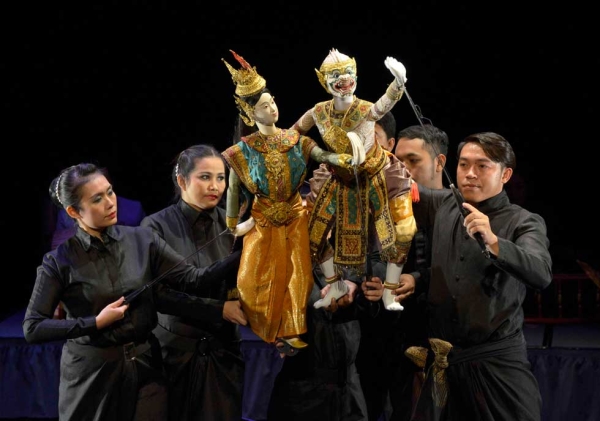 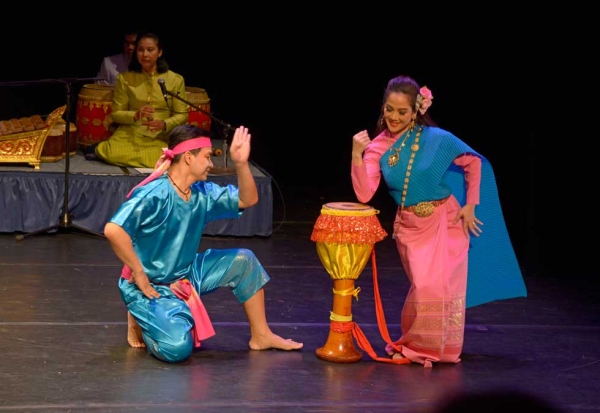 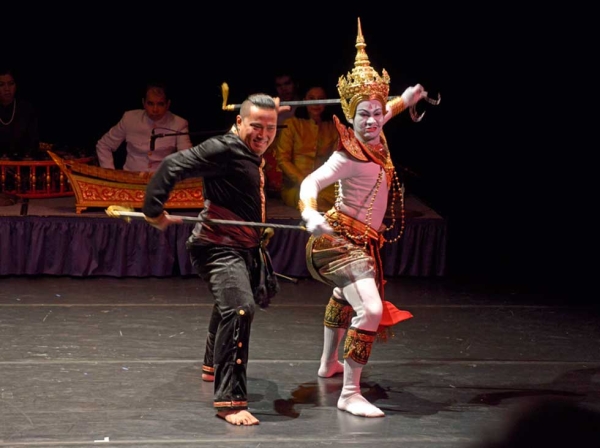 The dance segment of the evening featured a performance of the Khon Ramakien, based on the great Indian epic the Ramayana, in which Sida (Sita) is abducted by Thotsakan, the King of Longka, and Phra Ram (Rama) dispatches his army to get Sida back. A later part of the performance combined traditional classical Thai puppetry with Nora, the traditional dance drama of southern Thailand.