Korean Movie Night New York is an ongoing, approximately twice-a-month film program that introduces the full spectrum of contemporary and classic Korean cinema to New York audiences, from popular blockbusters, independent films, and documentaries to animation and family movies. For information on the series, visit here. 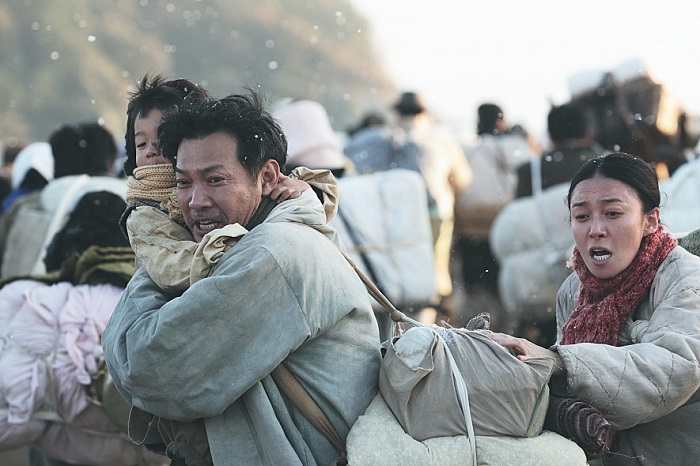 Mostly known for his disaster film Haeundae, the blockbuster filmmaker JK Youn brings us this new epic melodrama, Ode to My Father. Selected for the 2015 Berlin International Film Festival Panorama, the film guides viewers through South Korea’s modern history by following Duk-soo (Hwang Jung-min)’s struggles to support his family, as he endures hardships during the Korean and Vietnam Wars, and in German coal mines. This universal tale of loyalty and love is a tribute to the generation of Korean fathers who have sacrificed everything for the sake of their families, and have in the process set the stage for Korea’s rise as one of the world’s leading economic and cultural powers. 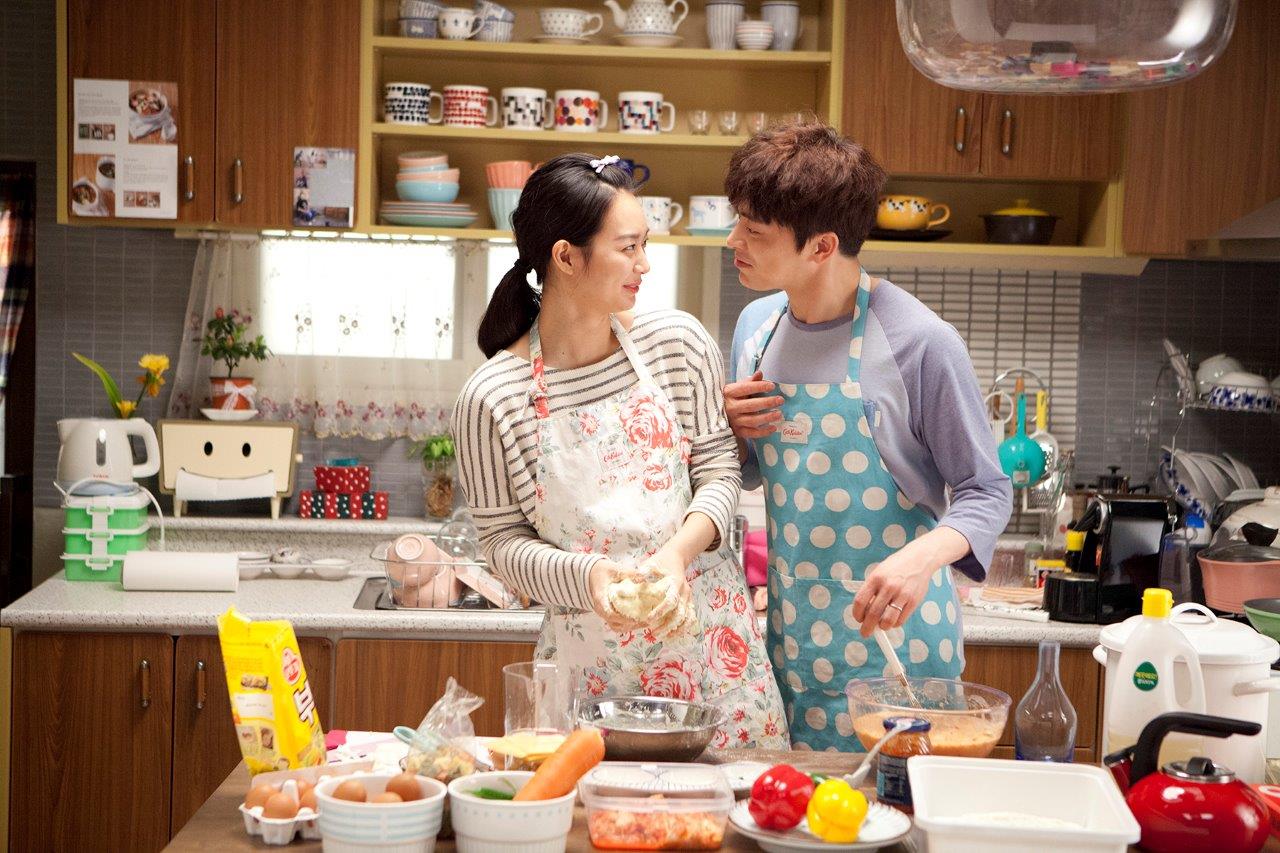 My Love, My Bride is a remake of the hit 1990 romantic comedy of the same name, which won over audiences more than two decades ago with its refreshingly realistic portrayal of love and marriage. The roles made famous by Park Jong-hoon and the late Choi Jin-sil are now taken by Jo Jung-suk (The Face Reader) and Shin Min-a (The Naked Kitchen). They portray idealistic college sweethearts who take on challenges in a young marriage. This rom-com is a hit in South Korea with box office attendance surpassing 2 million. 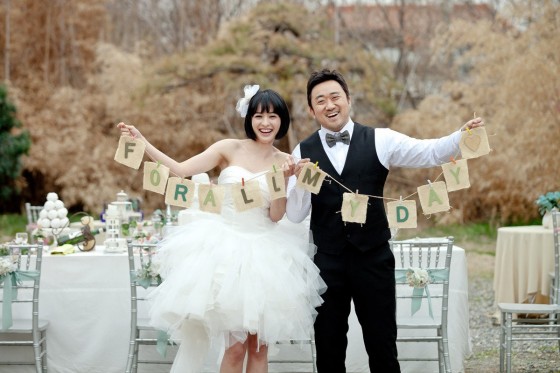 This ensemble romantic comedy follows four couples as they all get cold feet in the run-up to their weddings. A minor-league baseball team coach, Tae-Kyu (Kim Kang-Woo), is set to marry his girlfriend Joo-Young (Kim Hyo-Jin), a successful urologist. When he finds out that she is a divorcee, he starts to feel jealous of her ex-husband. Florist Gun-Ho (Ma Dong-Seok) is about to marry Uzbek beauty Vika (Guzal Tursunova) but after a bout of impotency, he begins to suspect that Vika is using him for Korean citizenship. Dae-Bok (Lee Hee-Joon) proposes to Yi-Ra (Koh Joon-Hee) when she reveals she is pregnant but they keep arguing during the planning of the wedding. So-Mi (Lee Yeon-Hee) and Won-Cheol (TaecYeon) have been engaged for 7 years but So-Mi feels dissatisfied and runs off to Jeju Island for an unexpected adventure. Will any of these couples make it down the aisle and live happily ever after? 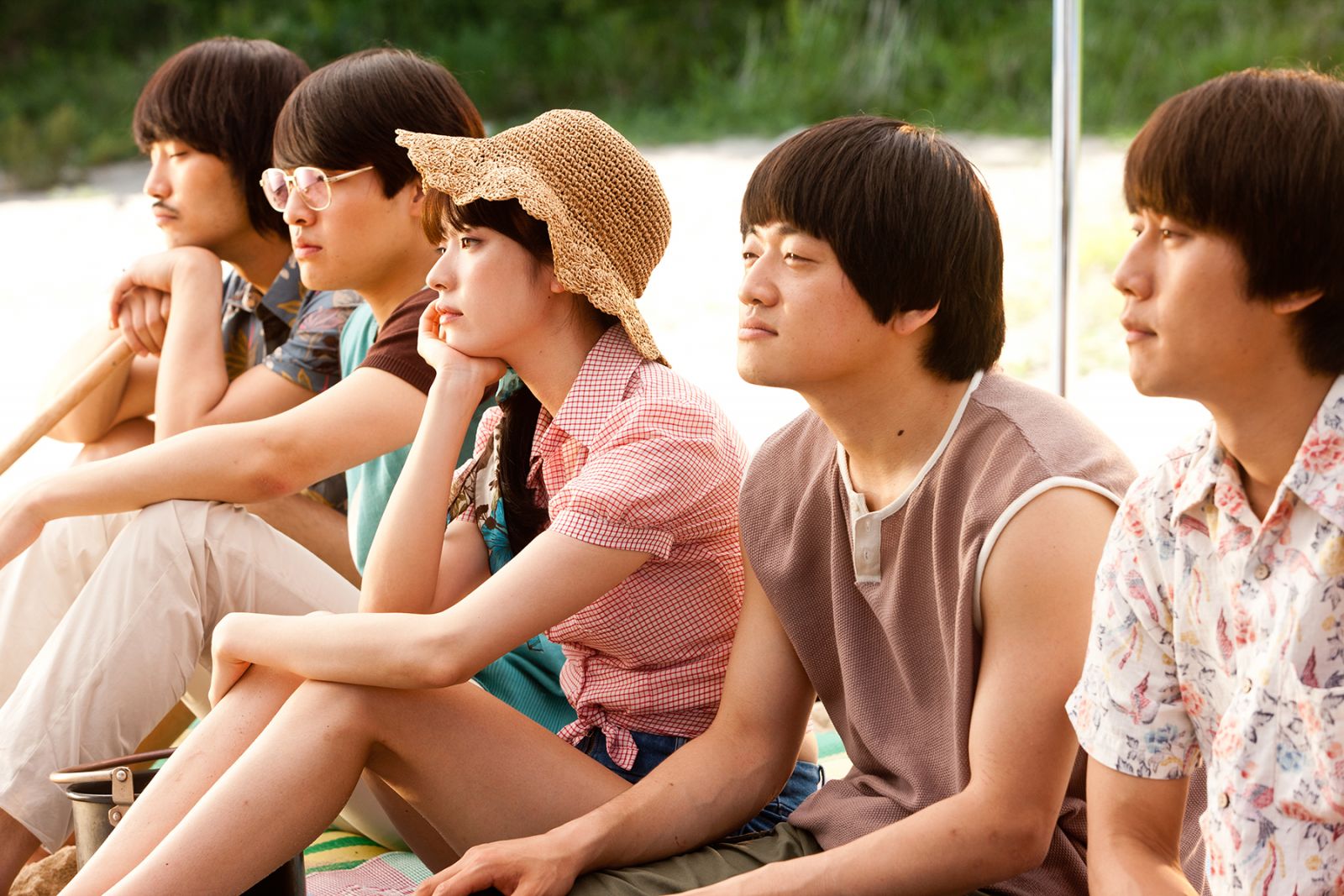 It is 1960s Seoul. Oh Geun-tae (Jung Woo), a country boy with a booming baritone voice, is discovered by aspiring singer-songwriter Lee Jang-hui (Jin Goo) and thrust into the bustling world of Seoul’s iconic folk music café C’est Si Bon. He unwittingly becomes the third member of the yet-to-debut “C’est Si Bon Trio” and the begrudging buffer between two rivals in the band—the vocal genius Song Chang-sik (Jo Bok-rae) and the heartthrob Yun Hyeong-ju (Kang Ha-neul). One day, aspiring actress Min Ja-young (Han Hyo-joo) enters the picture and the young men are completely bewitched. Will their muse inspire them to create legendary music or wreck the band before they even begin? 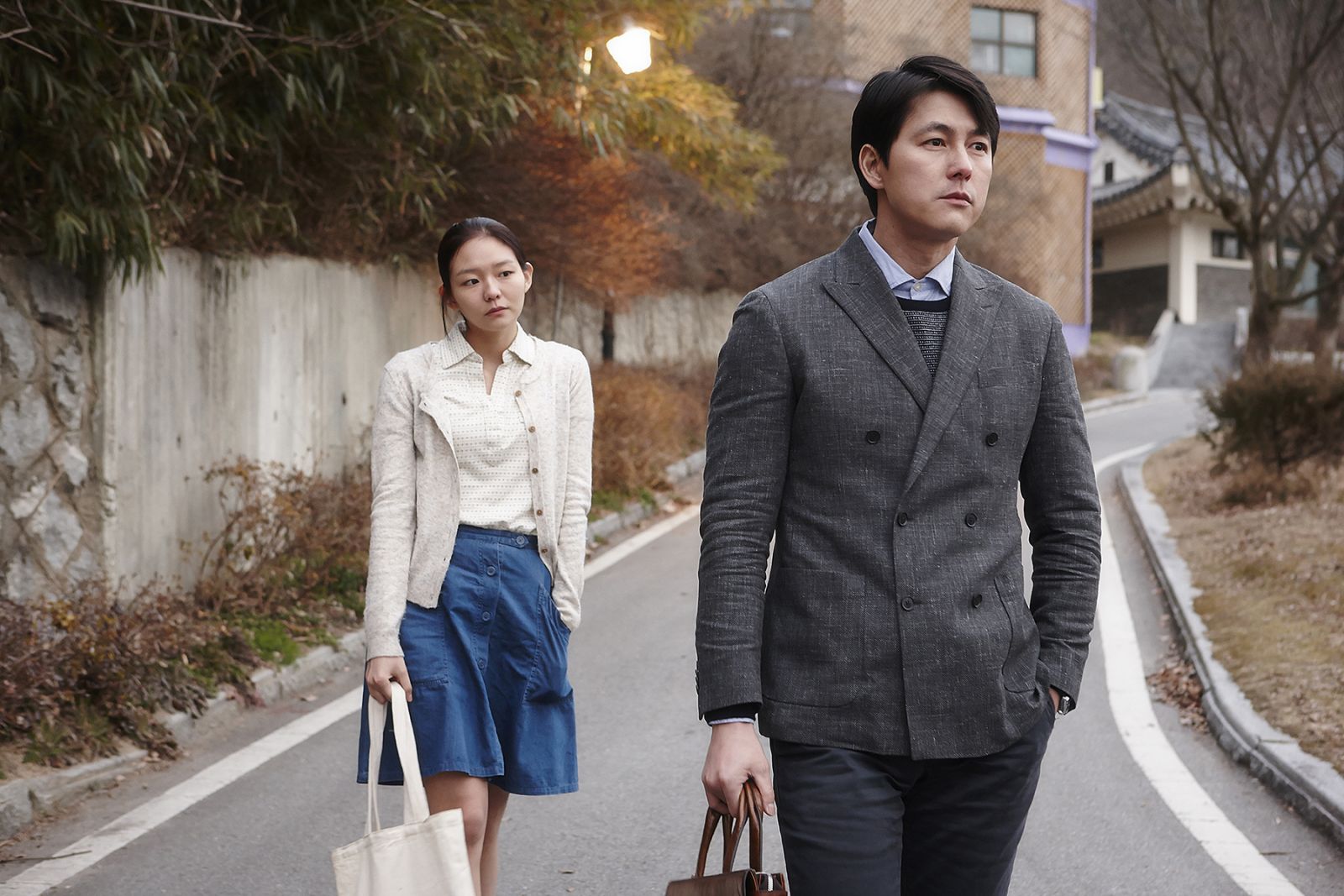 This startling romantic thriller soaked in lust and revenge is the latest offering from Yim Pil-sung, director of the 2007 horror Hansel and Gretel. Heartthrob Jung Woo-sung (Cold Eyes and The Good, The Bad, The Weird) and emerging star Lee Som set the screen on fire in a cautionary tale of desire and punishment. College professor Hak-kyu (Jung Woo-sung) abandons his young student lover Deokee (Lee Som) after a torrid affair. Eight years later, as he is losing his eyesight, the professor befriends a young neighbor who turns out to be Deokee, who has returned and is hell-bent on revenge. 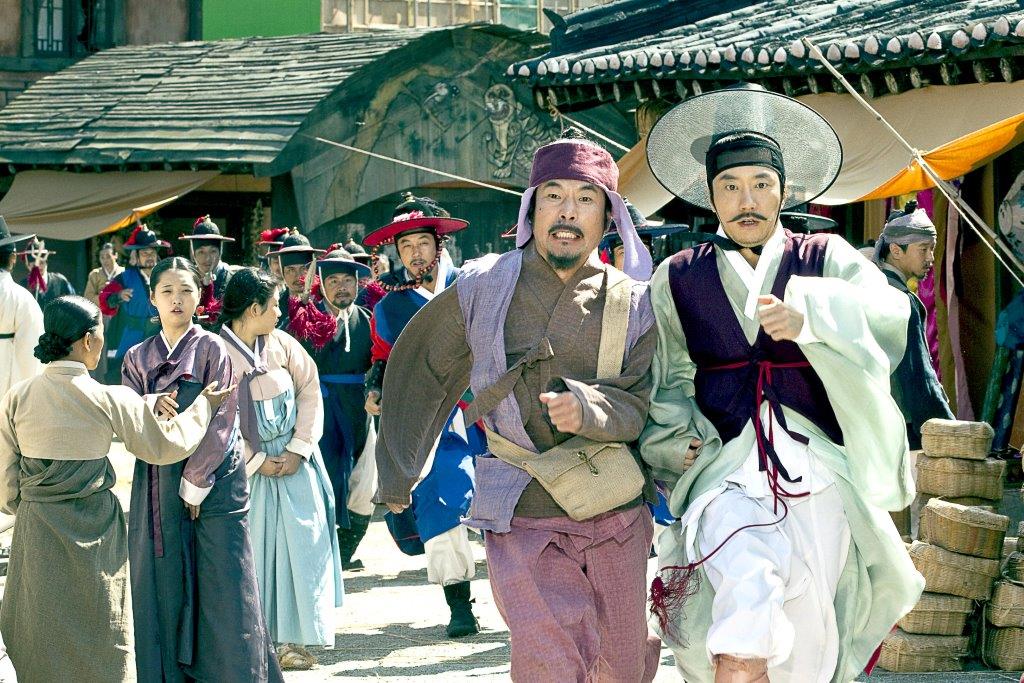 A sequel to Detective K: Secret of the Virtuous Widow, this entertaining period-action-comedy set in the 18th century continues the adventures of detective Kim Min (Kim Myung-min), the brilliant nobleman and inventor. Our hero has been assigned to investigate the influx of counterfeit silver, which threatens to destabilize the Joseon dynasty. He goes undercover in a rural village with his sidekick Seo-pil (Oh Dal-soo). They encounter the adorable Da-hae (Lee Chae-eu), who is searching for her missing sister. No sooner than that, corpses of village girls wash up ashore. All leads point to the mysterious and devilish Dragon King Island. What will he find there? 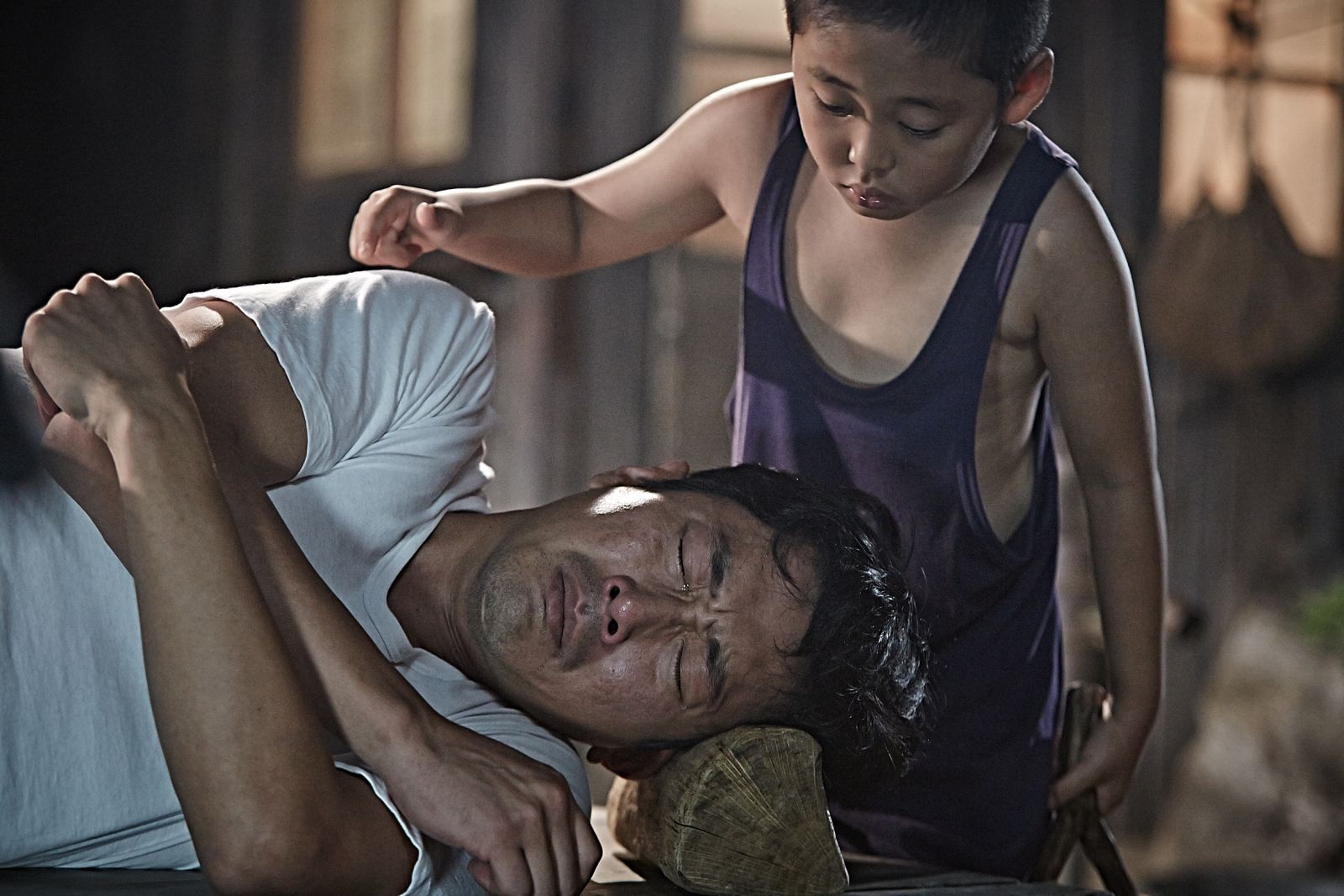 Ha Jung-woo, one of Korea’s biggest stars, directs and acts in this understated period comedy-drama, based on the best-selling novel of the same title by the Chinese writer Yu Hua. Just after the Korean War, a factory worker (Ha Jung-woo) falls for the most beautiful girl in his village (Ha Ji-won). Penniless, he sells his blood to fund the courtship and before long they are married. Eleven years later, the couple have three sons and live a comfortable life. One day, their lives are upended when a blood test reveals that their eldest boy is not the worker's son. 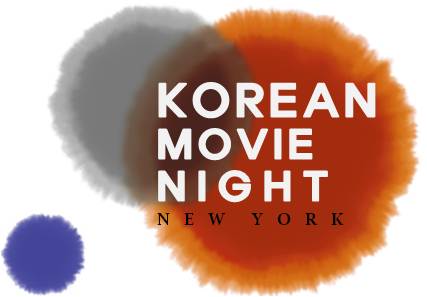