An Introduction to the Courtly Dances of Java 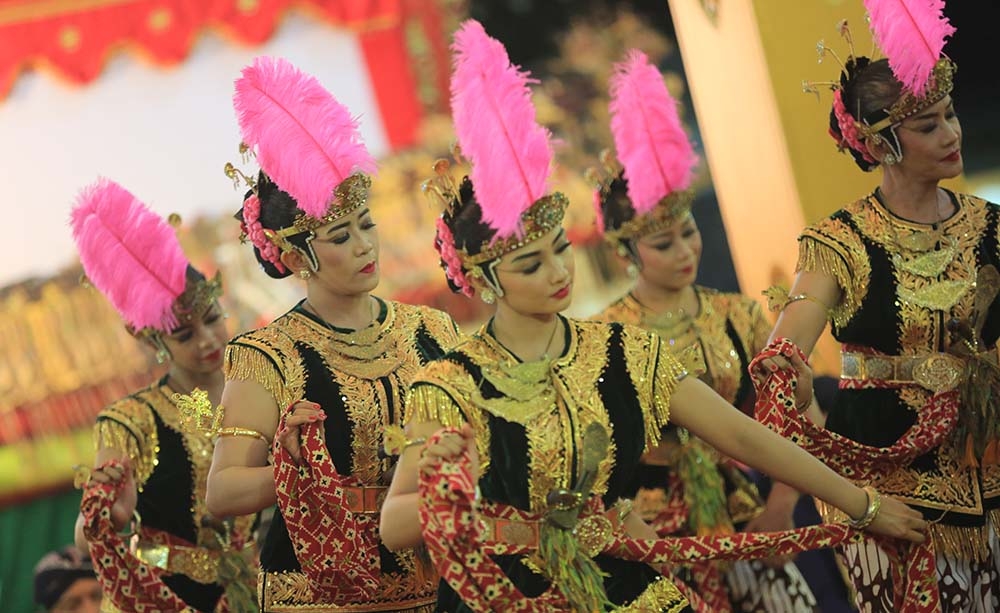 There are over 3,000 recognized styles of dance from across the multiple ethnic groups, islands, and regions that make up Indonesia. Java, home to half the nation's population, is the source of many of the country's exquisite courtly and vibrant social village dances.

Can’t make it to this program? Tune in Sunday, Nov. 11, at 7:00 p.m. New York time for a free live video webcast. #AsiaSocietyLIVEAsiaSociety.org/Live

Courtly Javanese dance originated from the kratons, or palaces, of the sultans of Yogyakarta and Surakarta. Dances such as bedhaya and serimpi are associated with the refined, and sophisticated culture of the Javanese courts, where they embody the mythical creation of the monarchs and state and are an important symbol of a ruler's divine power. These dances are a discipline dedicated to the idea of human grace and energy more so than any expression of individual energy. The movements, though controlled and stylized, exist to portray character even when the dance itself tells no story.

The epitome of Javanese female dance, the bedhaya is a sacred classical court dance with deep symbolic and spiritual meaning performed by nine identically dressed individuals. Once exclusively the provenance of the sultan's court, the earliest bedhaya dates back to the 17th century. Throughout the phases of the dance, they move seamlessly between positions, forming something in between a living mandala and various metaphorical forms, using movement to symbolically balance the universe. The use of nine dancers is said by some to represent the nine human desires or the nine openings of the body. The dance is accompanied by a gamelan orchestra comprised of traditional Indonesian bronze percussion, wind, and bowed and stringed instruments.

The dancers, traditionally selected from the relatives of the sultan, belonged to the innermost ceremonial circle of the court. It was only in the beginning of the 20th century that bedhaya was allowed to be taken out of the court. Throughout history, the sultans of Yogyakarta would choreograph versions of bedhaya to be performed in the courts and for distinguished audiences. One such variation will be performed at Asia Society this month, choreographed by Sri Sultan Hamengkubowono X, sultan of Yogyakarta and governor of the special province.

While the performance of Bedhaya Sang Amurwabhuni is sold out, anyone interested can watch the show via live webcast. The program also features a dance created by Hamengkubowono IX and a mask puppet fragment show based on an Indonesian folktale. The sultan's visit includes a conversation with Asia Society Vice President of Global Arts & Culture Initiatives Rachel Cooper.