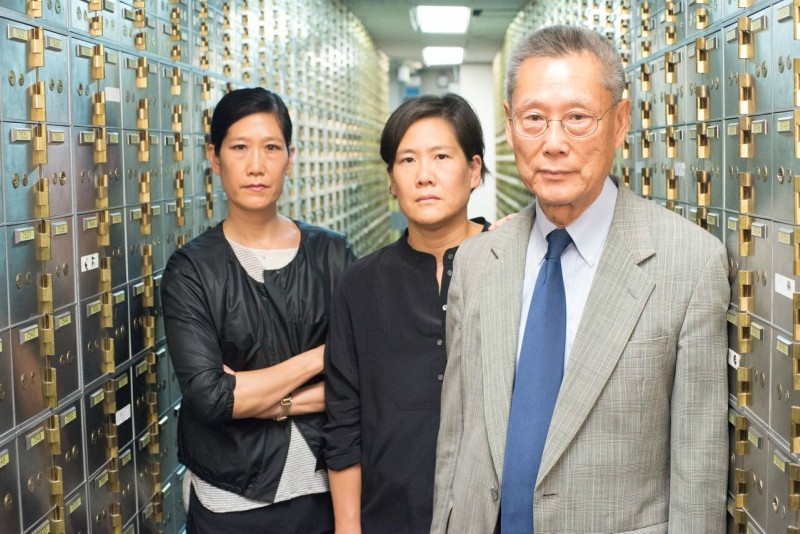 Following the financial crisis in 2008, many Americans demanded that major banks and bankers face prosecution for their role in causing the country's worst economic slowdown since the Great Depression. But the only bank to face criminal charges was tiny Abacus, which served a primarily immigrant population in Manhattan's Chinatown. Over the next five years, Abacus and its founder Thomas Sung fought to clear the bank's name. And though it ultimately prevailed, Abacus' experience raised uncomfortable questions about how justice is applied in the United States.

On September 6, Steve James and Thomas Sung will appear at Asia Society for a screening of Abacus: Small Enough to Jail followed by a discussion.Learn more

In his new film Abacus: Small Enough to Jail, the acclaimed filmmaker Steve James follows the Sung family as they worked to exonerate themselves from charges filed by Cyrus Vance Jr., the ambitious Manhattan district attorney. In addition to portraying the plight of the Sung family, the film also examines the roles of banks like Abacus in the lives of immigrant populations for whom major financial institutions are often unsuited to serve.

James first rose to national prominence in 1994 after the release of Hoop Dreams, widely considered one of the best documentaries ever. More recently, he was the director of Life Itself, an adaptation of film critic Roger Ebert's autobiography. Asia Society recently caught up with James to discuss why Abacus' story is so important — and what we can learn from the bank's experience. The interview has been condensed and edited lightly for clarity.

What attracted you to the story of Abacus bank?

I first heard about it from the producer Mark Mitten, who’s a friend and colleague from past work. Mark, as it turns out, had been friends with the Sung family for 10 years by the time we started the film. So he knew about the pending case even though it was barely being reported in the mainstream media. He’s the one who told me about it and said he thought it was an important story. And based on talking to him about it, I agreed. So we went to New York and started shooting for several days as the trial was getting underway.

You’ve done so many different types of films, from Life Itself, about a film critic, to of course Hoop Dreams. How does Abacus relate to your previous work? Is there a thread that unites your projects? Or is it simply that you become interested in something and then decide to pursue it?

In Life Itself and in Abacus, even though they’re very different from Hoop Dreams and The Interrupters, there is a thread that connects them: I very much like to follow people. In the case of Life Itself, we followed Roger for what turned out to be the last four months of his life, when he dealt with the return of his cancer.

In this case, we follow the family as they go through this trial, so you're there with them as they experience this. I often find myself telling stories of people at crucial junctures in their lives, and I really enjoy being with people when they’re facing obstacles or big choices. I feel like that’s when who they are is most revealed.

Were they any difficulties in dealing with this tight-knit community of Chinatown? Was it challenging dealing with cultural differences and nuances you weren’t aware of?

I went into this project largely as an “immigrant” of the Chinese-American community. The only way I felt we could tell this story was through the Sung family, and, by extension, their relationships within that community. The family's high status, particularly the patriarch and founder Thomas, gave us access that we otherwise would not have had.

Another key was Don Lee, the community activist who’s featured in the film. He’s someone else who is highly regarded and highly respected within the community. He also was very close to the Sungs, felt very strongly about their case, and was supportive of the film we were making.

I went in without a lot of expectations of what we’d find. I knew, in general, that Chinatown was a much more closed community. With the help of the Sungs and Don Lee, we were able to ingratiate ourselves a little.

But ultimately Abacus is not a film that’s about Chinatown in New York as much as it is about the Sungs, the significance of their bank within that community, and their legal struggle.

How does the role of a small community bank like Abacus differ from, say, Wells Fargo?

When Thomas Sung founded Abacus in the mid-1980s, he was already a successful lawyer. He was 50 years old. His career was well underway and he was doing fine. But he felt a calling to open a bank in Chinatown that was as interested in lending to the community as it was in taking deposits. This is something he felt was seriously lacking at the time.

Now, I think that some things have changed over the years. Not everyone in Chinatown banks with Abacus, for sure. But I think the part of the community that Abacus still serves best is the immigrants and first-generation Chinese-Americans who may not be as fluent in English and who are suspicious of U.S. banks because of not knowing if they’d be treated fairly or not. Abacus is a much more trustworthy and comfortable place for them to do their banking.

Thomas Sung will tell you that as people climb up the ladder economically in the States, and particularly in Chinatown, it’s not at all unusual for them to move on to bigger banks. And he's fine with that! He really sees his mission as helping people get a foothold, establish themselves, buy that first house, start that first business, and be successful in ways that are harder without an Abacus. That’s their mission and they're still providing that service today over 30 years later.

During and after the financial crisis, there was a huge public demand for banks to be punished for malfeasance and for bankers to be prosecuted. And yet all of them — except Abacus — avoided this. Why was Abacus singled out?

They were singled out because they were an easy target. I think Cyrus Vance Jr. saw an opportunity to prosecute a bank he thought was guilty of fraud. (I think he sincerely thought they were guilty. I don’t think he was that cynical to think “well, they’re not really guilty but I’m just going to do it anyway.”)

But what I think entered his calculation — and I think, frankly, clouded his judgment — was a belief that he could plant a flag by prosecuting the first bank that would be connected to the financial crisis. And at the press conference which is featured in the film, he makes a point to connect what happened with Abacus to the larger crisis. He made a spectacle by having a chain gang of mostly former, very low-level employees walking down the hallways in front of the cameras. He had the Feds come from Washington and stand behind him as a show of solidarity and force.

And what’s wrong with that picture is that, first of all, Abacus was in so many ways the mirror opposite of those big banks. They were the 2,651st largest bank in the United States with assets of 1/100th of 1 percent of Citibank. They discovered the fraud themselves, reported it, and went above and beyond the call of duty to initiate an internal investigation to root out what they could find. They cooperated with the DA’s office until they found out they were the target. And, on top of all of that, they fired people.

The fraud that was alleged at Abacus had nothing whatsoever to do with the fraud that went on in the 2008 crisis. It wasn’t subprime mortgage lending. It wasn’t credit-default swaps. It was garden-variety, low-level, fraud that pretty much goes on everywhere. Which is not to excuse it — and Abacus doesn’t excuse it either.

But inflating income and providing gifts to help people make down payments, that’s something that goes on everywhere in the United States when people are trying to buy homes. I think in some ways it’s more pronounced in immigrant communities, and that’s historically true, but none of this had anything to do with 2008. None of it. But the DA office saw this as an opportunity to make a statement and be the office that prosecuted a bank.

What are the implications of the experience of Abacus Bank?

There are a lot of things I want people to come away with. One is an understanding that this story was more than just a footnote to the 2008 crisis. The fact is, this was the only bank that was singled out. That’s a significant thing for people to know and understand and feel outraged by. And when I’ve shown the movie at festivals, people are definitely outraged.

This is also a film about the unequal application of justice in America.  Cyrus Vance Jr. didn’t go after Bank of America because if he went after Bank of America, he’d still be buried in paperwork — lord knows if the case would ever have gone to trial. Instead, he went after a bank he thought he could nail, one that would roll over and plead guilty and get him a conviction without a fight. And he was wrong about that.

This was a justice system that frequently picks on the little guys — people who have no means to defend themselves. But in this case, it turned out not to be true. As Don Lee says at the end of the film, “You can still get justice in America but it’s going to cost you $10 million. And what kind of justice is that?”

Ultimately, I think Abacus is an inspiring story about a family that pulled together, fought back, and prevailed. It’s also a portrait of a Chinese-American family. And there are too few of them out there. We’ve heard from many people on the festival circuit and in the theatrical opening of the film saying “thank you,” not just to us but to the family, for showing such inspiration and courage.