Traces of the Calligrapher: Islamic Calligraphy in Practice and Writing the Word of God: Calligraphy and the Qur'an | Asia Society Skip to main content

Traces of the Calligrapher: Islamic Calligraphy in Practice and Writing the Word of God: Calligraphy and the Qur'an 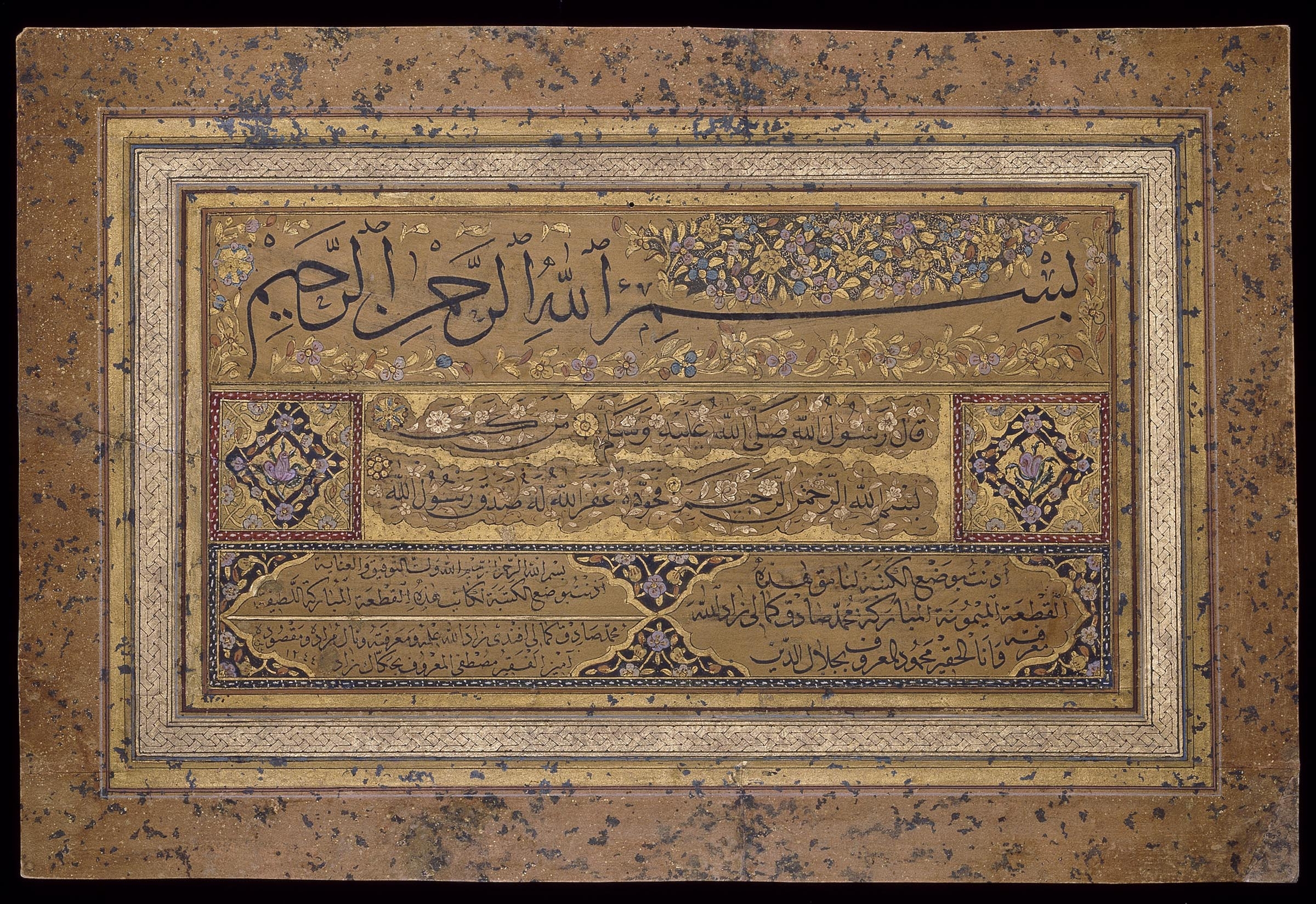 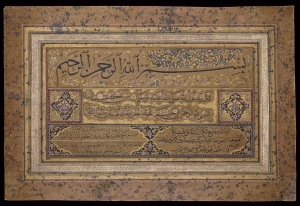 This exhibition Islamic Calligraphy in Practice and its companion exhibition,Writing the Word of God: Calligraphy and the Qur’an, explore Islamic art’s quintessential art form: calligraphy. In the Islamic world, the practice of calligraphy constitutes an expression of piety. The writing of Arabic script was considered an exemplary activity for men and women of all stations due to its association with the Qur’an.

In a literal sense, calligraphy leaves a trace of the physical movement of the hand. In a more abstract sense, it is also a material record of thoughts, transformed into speech, and then into writing. In the Islamic lands, calligraphy is understood to leave a trace of the writer’s moral fiber, and the quality of writing is believed to reveal the writer’s character and piety. The tools used to create masterful script convey the elegance of an esteemed art form and reveal the skills of diverse artisans, from paper makers and bookbinders to gold beaters, illuminators, and metal workers.

Calligraphy, or beautiful writing, has long been the most esteemed of the Islamic visual arts. The varied works of calligraphy on display—from practice alphabets to elaborately finished manuscripts—serve as traces of individuals, belief systems, and cultures. The costly and exotic materials lavished on writing instruments also document the international trade of the period, from 1600 to 1900, and create a rich material legacy that fuses aesthetics and piety.