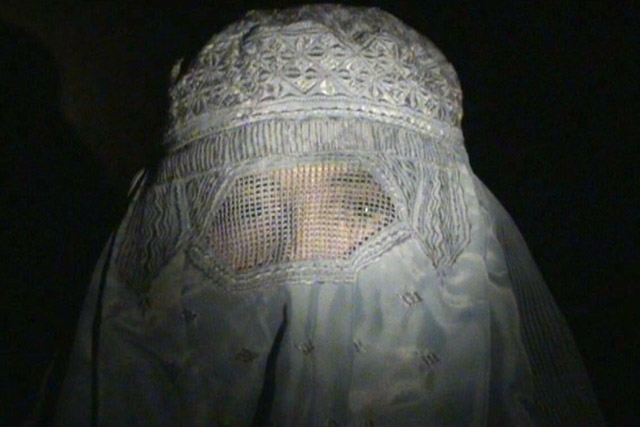 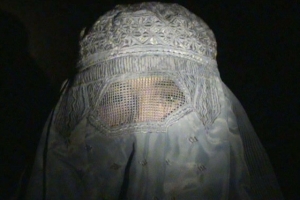 This exhibition showcases two video works—The Third One by Afghan artist Rahraw Omarzad and The White Station by Iranian artist Seifollah Samadian—and represents the first time either work has been presented in a U.S. museum exhibition. Both artists are ardent supporters of artistic independence in their home countries. Although the two works are stylistically different, Sight Unseen reveals these two artists’ intense exploration of the human condition. Rahraw Omarzad is one of Afghanistan’s first avant-garde video artists and established the Center for Contemporary Art Afghanistan (CCAA). Through this organization—the only not-for-profits arts organization in the country—Omarzad has helped to teach a younger generation of Afghan artists. His work The Third One (formerly titled Opening) is the result of a collaboration between Omarzad and his students and members of CCAA. The work depicts an unidentified individual outside of the picture frame slowly cutting through black fabric to reveal a woman dressed in a chador (also referred to as chador in Iran or burqa by Muslims in other regions) behind it. Rather than passively accepting this apparent “liberation,” the woman begins to stitch colorful embroidery around the hole, skillfully maneuvering a needle and thread with her jeweled and painted hands. The work explores both physical and metaphysical spaces of contestation—including body, gender, religion, and society—while affirming the tenderness and power of human touch and creativity. The White Station, one of Seifollah Samdian’s most important works, shows people on the street, including some women wearing black chador, as they wait for a bus during a harsh blizzard in Tehran in 1999. The film was shot from the artist’s apartment window. Looking through the window, the viewer is separated from the noise of the strong wind and the violently falling snow. Despite this distance, the focused framing on anonymous individuals conveys their perseverance in the face of the storm. Seifollah Samadian has worked as an assistant to the celebrated Iranian artist Abbas Kiarostami, and is a highly respected photographer and filmmaker in his own right. He is also Publisher and Editor-in-chief of the influential Iranian cultural magazine, Tessvir. Samadian’s simple filmic works often document everyday scenes, which ultimately lead to an awareness of wider social issues.