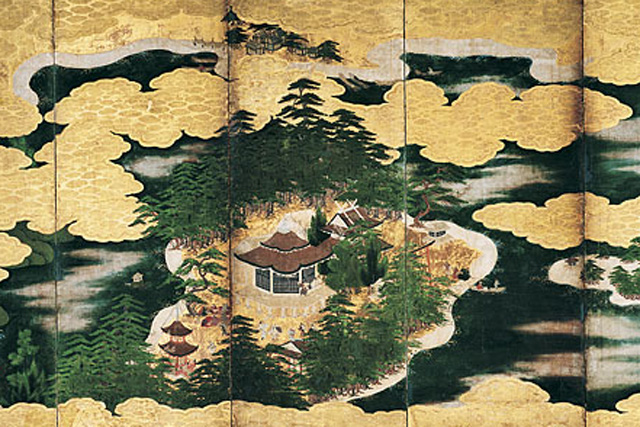 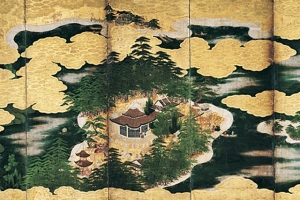 Folding screens are luxuriously beautiful and uniquely designed pictorial compositions that present the social and cultural ideals of their time. Golden Fantasies assembles superb examples of folding screens, many from private New York collections and previously unseen by the public. The works in this exhibition fall into three broad categories: works drawn from well-known narratives, both classical courtly romances and medieval warrior epics; idealized scenes of entertainment, relaxation, pilgrimage, or labor; and pastoral images that require the viewer's knowledge of cultural characteristics to recognize the underlying theme. Although the screens vary in their subject matter and use, their portrayal of human activities and diversions provides a common thread. In some screens, scenes of people are depicted in a literal fashion; in others, more oblique suggestions are made through poetic and literary allusions.

The screens range in date from the mid-sixteenth century through the late seventeenth century, a period of increasing trade, commerce, and urbanization in Japan. Screens, which had formerly been the exclusive purview of the aristocracy and the military elite, became desirable objects for the homes of the rising merchant class at this time. The early seventeenth century also saw an end to a long period of civil war, after which the warrior class settled down in the cities. Fueled by this changing social climate, new themes became popular for screen paintings, reflecting an interest in other city-dwellers and their lives, a fantasy of escape from the urban world, and a desire to demonstrate cultural achievement.

Shop AsiaStore for the exhibition catalogue.