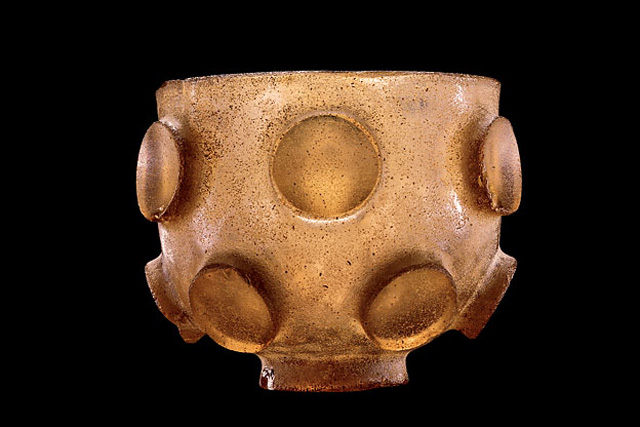 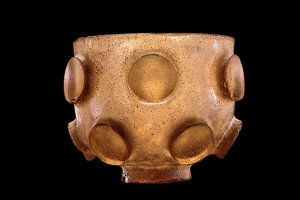 Glass, Gilding, and Grand Design: Art of Sasanian Iran (224-642) presents masterpieces illustrating the splendor of the court arts of the Sasanian dynasty, which ruled the ancient Near East from the third through seventh centuries. The extraordinary luxury of the court will be represented by gilded silver plates with royal imagery, vessels decorated with dancers and musicians, precious glass wares, silk and fine wool textiles, luxurious arms, carved gems, and seals. Bronze plates, stucco panels, and mosaics will provide broader insight into the arts of this once flourishing empire.

In a climate where there is a great need to understand the unique contributions of Iranian culture to world civilizations, Glass, Gilding, and Grand Design will be an important critical study that demonstrates both the splendor of ancient Iran and the major achievements of the Sasanian empire in the realms of government, administration, and the arts.

Among other collections, the works on display will be drawn from the Musée du Louvre, the Bibliothèque nationale de France, the Cincinnati Art Museum, the Metropolitan Museum of Art, and the Sackler Gallery in Washington, D.C. The exhibition is organized by the City of Paris, Musée Cernuschi, and Paris Musées in association with Asia Society, New York. It is curated by Françoise Demange, Conservateur en chef au Département des antiquités orientales, Musée du Louvre. For the presentation of this exhibition at Asia Society, Michael Chagnon, Research Assistant of Islamic Art at the Brooklyn Museum of Art, serves as curatorial consultant, and Dr. Prudence Harper, Curator Emeriti of Ancient Near Eastern Art at the Metropolitan Museum of Art, serves as curatorial advisor.

Exhibition made possible with the exceptional collaboration of the Musée du Louvre and the Bibliothèque nationale de France.

This exhibition was made possible with major support from The Leon Levy Foundation; The Lee and Juliet Folger Fund; Lisina and Frank Hoch; and Sheila and Hassan Nemazee. Additional support was provided by Akbar Ghahary, Ph.D.; Amita and Purnendu Chatterjee; Jamshid and Mahshid Ehsani; The Persepolis Foundation; and The Soudavar Memorial Foundation.

The Arts of King and Court; Religious Traditions; Borderlands and Beyond; The Artistic Legacy

The kings of the Sasanian dynasty dominated Mesopotamia and Iran for more than four centuries, ruling over a realm comparable to that of the emperors of Rome and Byzantium. While the Sasanian empire coexisted alongside the Byzantine empire and was of equal importance and grandeur, it is not as widely studied or recognized. While the Sasanians inherited a land divided into small kingdoms and at war with each other, they passed on to their successors the concept of a unified empire and a tradition of legendary royal power and unparalleled achievement in the arts.

The most conspicuous monuments of the Sasanian empire are the huge dynastic rock reliefs carved on the mountain cliffs of Iran with investiture, battle, and hunting scenes. More familiar are silver-gilt treasures, a number of which will be included in the exhibition, and the collections of seals illustrating a great range of designs. Many characteristics of Sasanian art are consistent with the thought and beliefs of the Zoroastrian religion. Greco-Roman imagery on selected works also demonstrates the western influence on Sasanian art.

The reach of Sasanian culture extended far beyond the empire’s territorial borders, as far as western Europe, Africa, China, and India. The relationship between the Sasanian and Romano-Byzantine cultures is not widely realized, yet the interaction between them had a significant influence on the character of early Islamic and medieval European life. This is apparent in many areas, including the concept of majesty, the structure and procedures of court life, and the development of the arts, including architecture and writing. The penetration of the Sasanians eastward into Central Asia and their control for a time of parts of the great Silk Road led ultimately to the influence of Iranian forms and designs on the art of East Asia.

A historical exhibition such as Glass, Gilding, and Grand Design: Art of Sasanian Iran (224-642) can play a critical role in current events. By bringing a Sasanian exhibition to the New York/American audience for the first time in over a generation, Asia Society is working to educate the American public about Iran and how its culture and history play an important part in understanding Iran's current position, motivations, and ambitions when it comes to conflicts over nuclear power and international relations.

Many have commented on the exhibition and its significance.

Christiane Amanpour
"It is important that the culture of a great nation is given wide audience... especially in the USA at a time of increasing political [fire-breathing] about Iran."

Holland Cotter, New York Times
"By all means see the rare and fabulous work at Asia Society, for the intense pleasure it gives and for the windows it opens onto history, present and past."
Read the full New York Times review

Michael Chagon, Curatorial Consultant for the exhibition
"One of the main goals that I set out for myself in organizing this exhibition was to broaden the public discourse on Iran as it occupies a central position in world affairs today—certainly, a keen understanding of a culture's past shades our understanding of its present and future.

"Among the great many benefits of learning about cultures such as Sasanian Iran, which are seemingly far removed from our own time and place, perhaps primary is that one's concept of history itself becomes rarified and more palpable. The combination of a long historical perspective and the specificity of dealing with tangible objects gives one the sense that history is indeed not neatly divided into eras and subsections, but rather represents the ebb and flow of events that fluidly relate to and interact with one another, sometime more so in certain cases than in others. Like ideas themselves, works of art are receptacles of a cultural tradition whose values are built up only gradually, and are sometimes effaced, forgotten, or lay dormant for a time. Works of art from Iran produced in the four centuries of Sasanian rule not only bridge the disparate cultures of the ancient world as the exhibition stresses, they also bridge historical time. Glimmers of the values they embody can be excavated in the remnants of what came before, but also continue to inform the present. In this light, the art of Sasanian Iran takes on a much deeper significance than its visual dazzle and presence betrays."

Jamshid Ehsani
"The Sasanian Dynasty played a pivotal role in ancient Persian history. They revived the Persian empire's glory to the levels once achieved by the Achamanian dynasty (lost to Alexander) to lose it once again during the Arab invasion.... In many ways the Sassanid period witnessed the peak of Persian civilization. Their cultural influence went far beyond the empire’s borders and influenced both the western and eastern civilizations. This influence even carried forward to the Islamic world which later on ruled over the empire."

Hafez Nazeri
"As an Iranian I am really proud of Asia Society for bringing such a history and projects to the west, not only with Iran but with so many other countries in Asia where we should learn and discover more about their past, present and future. As an artist I think we need to create and bring more light and love with our art works to such a dark world. Through my music, I've tried to extend the vibrant, living traditions of Iran. It is through art and culture that we celebrate unity while rejoicing in the endless field of diversity that voices our humanity."