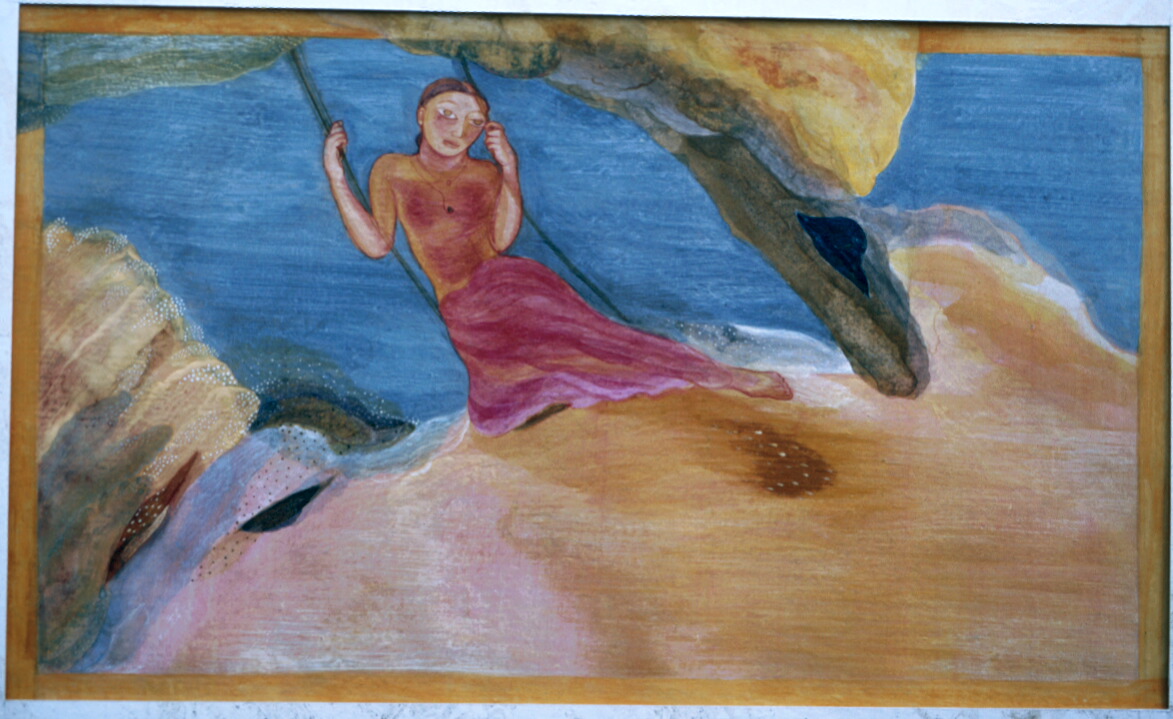 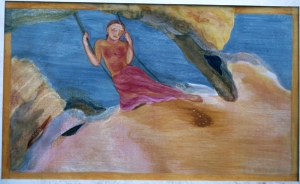 Conversations with Traditions  is a series of exhibitions that will explore the dialogue between contemporary issues and indigenous artistic languages expressed in the work of Asian and Asian American artists. The series will focus on artists who are developing new expressions out of traditional visual idioms or who create new ways to connect with or challenge centuries-old cultural norms.
Shahzia Sikander and Nilima Sheikh are both of South Asian origin, but of different generations - Shahzia Sikander, in her 30s and Nilima Sheikh in her 50s. Sikander was born in Pakistan, which was carved out of India at the time India achieved its independence from Great Britain in 1947. Sheikh was born in an undivided, pre-independent India. Both claim pre-modern Rajput and Mughal court (miniature) painting as their artistic lineage. At first glance, some of their works share this starting point in terms of scale, composition, and even the use of color. However, the two artists articulate differing relationships with both the pre-modern court painting traditions and contemporary art practices.
Sikander's training was traditional-she graduated from the National College of Art in Lahore, where students study in an Islamic context and court painting is taught as a formal course. However, much of her recent career has been spent in the United States. She is thus acutely aware of the reception of her work in the context of "mainstream" contemporary Western art and is concerned to deny simplistic readings of her work as "exotic." Sheikh, on the other hand, claims a lineage born of pre-independence Indian nationalism fostered in the climate of progressive internationalism of the 1940s and 1950s. Trained initially in Western-style oil painting (she has spent all of her student and professional life in Baroda in India), Sheikh turned her attention to miniature painting mid-career. Her relationship to pre-modern painting has been thus more geared toward its visual forms than its technical aspects. Yet both artists talk passionately about the materiality of their work and the meditative quality of working slowly and patiently in the intimate format of small-scale painting.
The exhibition presents approximately 30 individual works by each artist, including work from their early encounters with miniature painting as well as recent work that suggests the changing nature of such relationships. Additionally, the artists have created a specially commissioned collaborative work to be installed on the wall behind the main staircase of the Asia Society's renovated headquarters in New York.
Shop AsiaStore for the exhibition catalogue
Credits