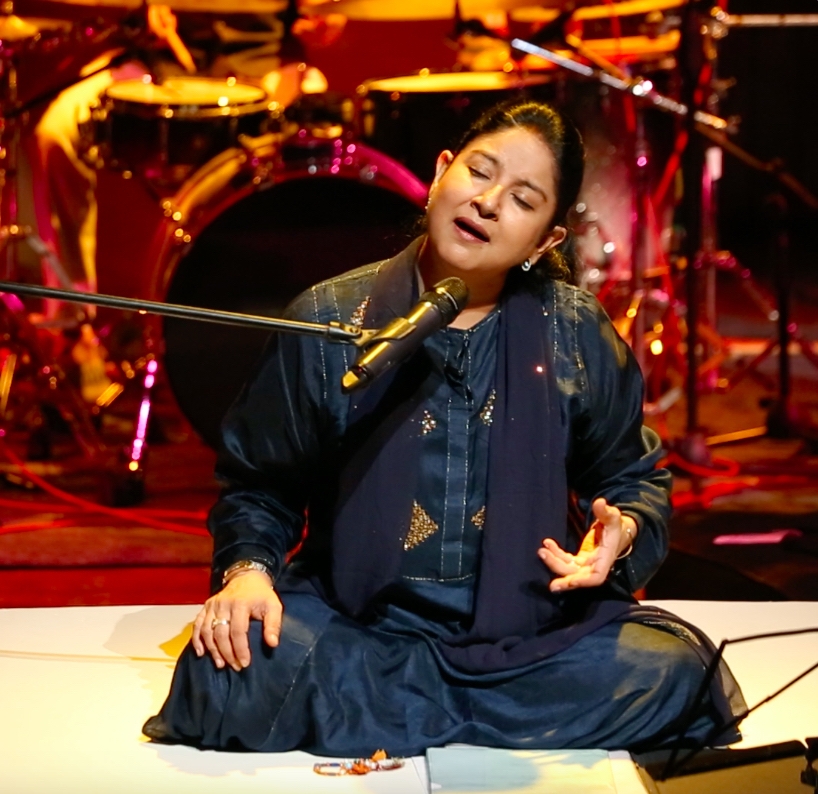 Zila Khan’s Rumi Yatra takes audiences on a journey through India’s treasured musical landscape, through the prism of Rumi’s philosophy.

Zila Khan’s powerful vocals act as a harmonic looking-glass through which Rumi experiences the music of Indian literary icons like Amir Khusro, Mirza Ghalib, Baba Farid, Bulleh Shah, Kabir, and Ustad Vilayat Khan, among others. These songs will also be interwoven with Rumi’s poetry that has inspired writers for countless generations.

A highly revered Indian singer, Zila Khan is also a music entrepreneur, actor, and a cultural ambassador for the Government of India. A prolific performer, she is the daughter of Sitar Maestro Ustad Vilayat Khan, and is known for her diverse repertoire and her effortless command over various musical styles from Indian Classical, World Music and Indo-Jazz Fusion to Traditional Ghazal and Sufi. She is widely regarded as one of the finest and most accomplished Sufi singers of her generation.

Presented by Asia Society, the Consulate General of India in New York and the U.S.-India Strategic Partnership Forum (USISPF).

U.S.-India Strategic Partnership Forum (USISPF) is a proud partner of Zila Khan’s Rumi Yatra. The Forum is committed to creating the most powerful partnership between India and the U.S. We work towards strengthening not just commercial, but also cultural ties between the two countries. Art in its various forms plays a powerful role in bringing people together. It unites us despite our different backgrounds, our different nationalities, and different cultures. Such creative synergies are rapidly transforming both countries and have the potential to positively impact the changing geopolitical environment.