Wu Tong: Song of the Sheng

This performance will be preceded at 7:00 pm by a pre-performance lecture.

“Wu wields [the sheng] on stage like a harmonica on steroids.” — Financial Times

Take the sheng — a Chinese mouth-blown free reed consisting of vertical pipes — an instrument with the tone color and harmonic possibilities of a pipe organ and the immediacy of a saxophone. Then put it in the hands of a world-savvy player who knows no musical bounds. Wu Tong, charter member of the Silk Road Ensemble and founding front man for the Beijing-based rock band Lunhui, offers a broad sampling of his music sensibilities, from traditional tunes to new compositions and free improvisation. With Simon C.F. Yu, guitar; Shane Shanahan, percussion; Neena Deb-Sen, cello; and featuring Clifford Ross's Harmonium Mountain II video, with an original score by Wu Tong.

This program features the world premiere of Distant Mountain, commissioned by Sotheby’s and inspired by the paintings of Chinese modern master Wu Guanzhong (1919–2010), in an arrangement for sheng, cello and vibraphone by the composer Eli Marshall. The piece reunites Wu and Marshall, who collaboratively composed the score for Wong Kar Wai’s film Ashes of Time Redux (2008).

The evening will also include the U.S. premiere of Harmonium Mountain II, a collaboration between Clifford Ross and Wu, which had its world premiere at China’s Central Conservatory in Beijing in November 2012. Harmonium Mountain II, a computer-generated video conceived and directed by Ross, presents an imaginary landscape of colorful, animated elements derived entirely from his high resolution photograph of Colorado's Mount Sopris, a continuation of Ross' exploration of objective reality and subjective experience.

This program is supported in part by The Kai-Yin Lo Distinguished Program Series which aims to create a platform to discuss the role of Asian arts and culture in contemporary society. 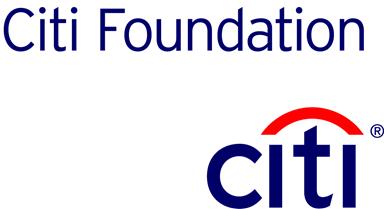 Can't make it to this program? Tune in to AsiaSociety.org/Live starting at 8:00 pm New York time for a free live video webcast.

Born into a musical family in Beijing, Wu Tong has become one of the most visible proponents of traditional Chinese music of his generation. As both vocalist and virtuoso of traditional wind instruments, he has achieved an unparalleled following for Chinese music on four continents. Wu began his musical studies at age 5 with the father and soon won dozens of national and international competitions in the wind instrument category. He entered the Central Conservatory of Music’s pre-college program at age 11, and upon graduation from Central Conservatory at age 19 became the youngest soloist of the China Central Traditional Music and Dance Company, which toured throughout China and abroad.

In 1991, Wu and four Central Conservatory classmates founded Lunhui, merging the energy of rock music with traditional Chinese form and aesthetics. Their 1993 hit On the Way to Wartime Yangzhou, setting the words of Song Dynasty poet Xin Qiji to original music, quickly garnered a record contract with JVC Japan. Lunhui soon became China’s premier rock band both in record sales and live performances, and in 2000 became the first rock band to appear on Chinese Central Television. They were featured regularly on national broadcasts before disbanding three years later.

In 2000, Wu also met Yo-Yo Ma at Tanglewood and was invited to join the Silk Road Ensemble. Featured as both vocalist and instrumentalist on the Ensemble’s first recording, When Strangers Meet (2001) he has appeared on their recordings ever since. His collaboration with Yo-Yo Ma on “Kuai Le,” included in Yo-Yo Ma and Friends: Songs of Joy and Peace, won the 2010 Grammy Award for Best Classical Crossover Album.

As a concerto soloist, Wu has performed with the New York Philharmonic, the London Sinfonietta, the Chicago Symphony Orchestra, the Singapore Symphony Orchestra and the Hong Kong Philharmonic, among others. In November 2013 Wu joined Yo-Yo Ma in the world premiere of Duo, a double concerto written for them by the Chinese composer Zhao Lin. The two performed Duo in its U.S. premiere in February 2015, at the New York Philharmonic’s Chinese New Year Gala Concert.

In 2008, Wu made his stage debut with the San Francisco Opera playing multiple roles in The Bonesetter’s Daughter by Stewart Wallace and Amy Tan. That same year, he co-wrote the musical score for Ashes of Time Redux, which debuted at the Cannes Film Festival. His 2011 solo album was nominated for Taiwan’s Golden Melody Award for Best Crossover Album, and he was named 2012 Musician of the Year by New York’s China Institute.

*
Guitarist Simon C.F. Yu’s musical work is characterized by modern harmony and rhythm, combining the roots of traditional Chinese music, modern jazz harmonies, and contemporary electronic beats. He has performed in such prestigious New York venues as the Blue Note, Highline Ballroom and the Bowery Ballroom, as well as Boston’s Wilbur Theatre, the Mohegan Sun Arena, and the House of Blues in both Chicago and Atlantic City. Beginning in 2010, he toured with hip-hop icon Lauryn Hill for 23 shows, and his band “The Exotic Experiment” was featured in a sold-out show in Shanghai’s MISA festival in 2013. As bandleader, Yu has released two albums, Beginning… (2008) and Exotic Species (2009), as well as the EP The Exotic Experiment (2012). He is also the bandleader of r.O.T.i. (Resilience of the intelligent), a New York-based instrumental trio noted for a hard-hitting brand of funk rock incorporating musical elements from his native Hong Kong.

*
Cross-cultural percussionist Shane Shanahan has cultivated his own unique sound, combining his background in jazz, rock and Western art music with studies of drumming traditions around the world. A founding member of the Silk Road Ensemble, he has appeared on all five of the Ensemble’s recordings, two of which feature his arrangements. A member of Glen Velez’s TaKaDiMi Ensemble and Maya Beiser’s Provenance Project, he has also performed with Bobby McFerrin, Aretha Franklin, James Taylor, Philip Glass, Alison Krause, Deep Purple, Jordi Savall and Chaka Khan, among others. Beginning in 2009, he co-curated a 40-week concert series at the Museum of Natural History for its exhibit Traveling the Silk Road. As a member of The Bridge Project, uniting the Brooklyn Academy of Music with London’s Old Vic Theatre and Neal Street Productions, he was one of two featured musicians in Shakespeare’s As You Like It and The Tempest, directed by Sam Mendes.

*
Born and educated in the United States, cellist Neena Deb-Sen made her orchestral debut with New York’s Children’s Orchestra Society at age 13, performing Tchaikovsky’s Rococo Variations. Soon after, she was admitted to the Juilliard School’s Pre-College Division, where she studied for four years, winning numerous competitions and prizes under the tutelage of Andre Emelianoff and Clara Kim. Her ensemble, the Northway Quintet, earned second prize at the Fischoff National Chamber Music Competition, Junior Division. At age 18, she entered Yale University, where she earned a Bachelor of Arts in Philosophy and a Master of Music under the tutelage of world-renowned professor Aldo Parisot. At Yale, Neena was an active chamber musician, a member of the Grammy-nominated Yale Cellos ensemble, and the Yale Baroque Ensemble. After graduation in 2011, she joined the Macao Orchestra, where she served as Assistant Principal Cello for two years. She currently lives and works in New York City.

*
Clifford Ross is a multi-media artist based in New York City who began his career as a painter and sculptor after graduating from Yale University in 1974. In the mid-1990s, Ross became interested in photography, which led to the breakthrough techniques that have identified him as a pioneer in the field. In 2002, in order to photograph Mount Sopris in Colorado, Ross invented and patented his R1 camera, and then went on to make some of the highest resolution single shot landscape photographs in the world. Having worked realistically and abstractly as a painter and photographer, his fascination with the mountain led him to deconstruct the dramatic realism of his photographs through the use of computer-generated animation. This led to the creation of Harmonium Mountain I in 2010, a short form video with an original score by Philip Glass.
*
Eli Marshall, a resident of Hong Kong since 2011, most recently wrote the music for Ann Hui’s film Golden Era (recorded by the London Symphony Orchestra), which premiered at the 2014 Venice International Film Festival. His music has been performed in Asia, Europe and the United States, including performances at Germany's parliament building, South Korea's major Buddhist temple Gak-won Sa, and a six-month installation at the Smithsonian Institution. A former Fulbright Fellow and winner of ASCAP’s Leo Kaplan Award, he is the founding artistic director of the Beijing New Music Ensemble (2006-2010) and curated a concert series of contemporary music at Beijing’s Ullens Center for Contemporary Art in 2013. He holds degrees from Bard College, the Curtis Institute of Music, the Hamburg University of Music and Theatre, and the Chinese University of Hong Kong. He is currently Postdoctoral Fellow and Visiting Faculty in the Music Department at Cornell University.