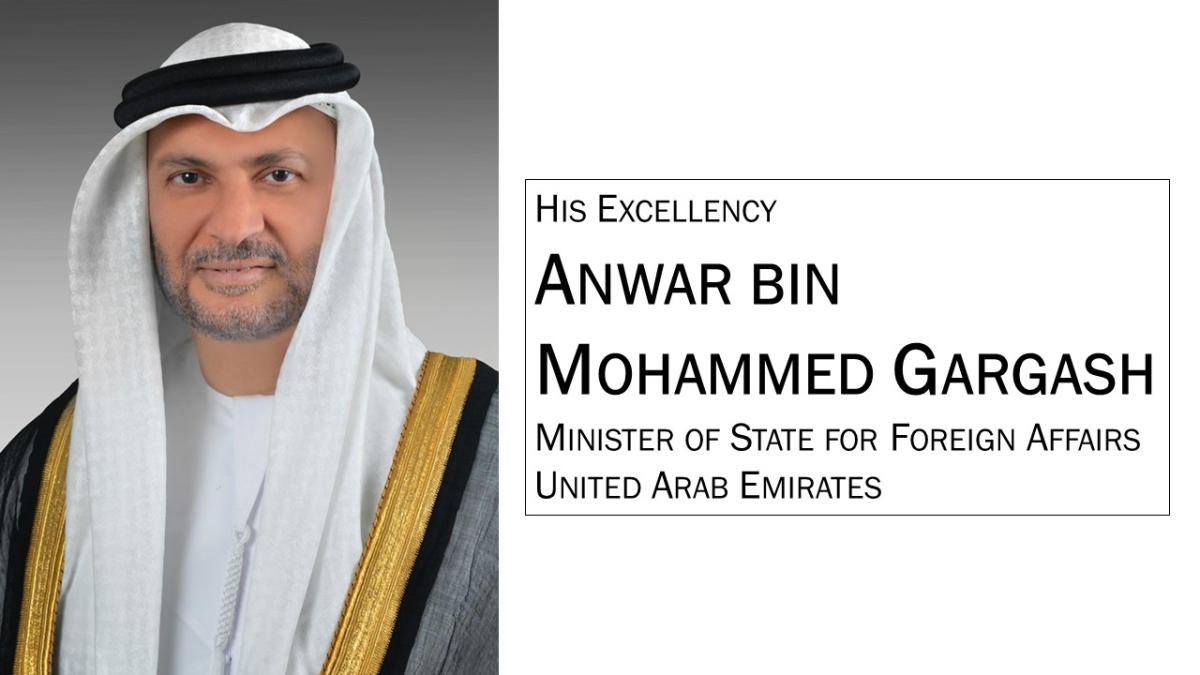 H.E. Anwar bin Mohammed Gargash, Minister of State for Foreign Affairs of the United Arab Emirates (Government of the UAE).

H.E. Anwar bin Mohammed Gargash is a member of the Federal Cabinet of the United Arab Emirates and has served as Minister of State for Foreign Affairs since 2008.  Between 2006 and 2016, he was the Minister of State for Federal National Council Affairs. In addition to his ministerial portfolio, he was Chairman of the National Elections Committee, overseeing the UAE's first elections which took place in 2006 and subsequent elections in 2011 and 2015. He is Chairman of the National Committee to Combat Human Trafficking; the Chairman of the Board of Trustees of the Al Owais Cultural Foundation, member of the Board of Trustees of the Emirates Diplomatic Academy; and leads the country's team for the Human Rights Periodic Review. He previously served in several other senior positions in both the state and federal government, including as a board member of the Emirates Media Establishment from 1999 to 2007, and was a board member of the Dubai Chamber of Commerce and Industry from 1997 to 2006.