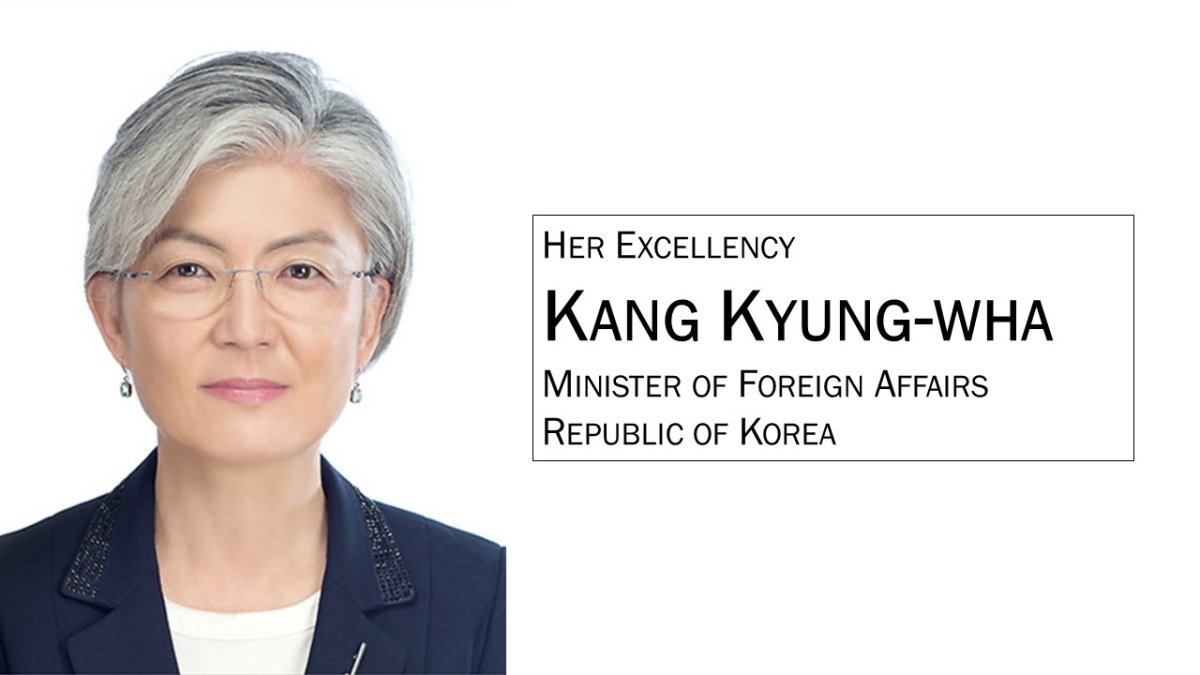 H.E. Kang Kyung-wha, Minister of Foreign Affairs of Korea (Government of the Republic of Korea).

H.E. Kang Kyung-wha is the Minister of Foreign Affairs of the Republic of Korea. She previously served as Senior Advisor on Policy to the UN Secretary-General and as the Chief of the 9th UN Secretary-General Transition Team. At the UN, she was Deputy Emergency Relief Coordinator and Assistant Secretary-General at the UN Office for the Coordination of Humanitarian Affairs, and Deputy High Commissioner at the Office of the UN High Commissioner for Human Rights. Among many positions in Korea’s Ministry of Foreign Affairs and Trade, she served as Ambassador-at-Large for Global Affairs, Director-General for International Organizations and Minister at the Permanent Mission of the Republic of Korea to the UN.

Thu 24 Sep 2020
8 - 9 p.m.
New York Time
Calculate your local time »
20200924T200000 20200924T210000 America/New_York Asia Society: [WEBCAST] Republic of Korea: Minister of Foreign Affairs Kang Kyung-wha H.E. Kang Kyung-wha, Minister of Foreign Affairs of the Republic of Korea will deliver an address and discuss Korea's response to COVID-19 and how the pandemic has changed the global landscape for the country with Daniel Russel.