[WEBCAST ONLY] Coronavirus & Racism: Viruses and Pathogens Do Not Discriminate | Asia Society Skip to main content

[WEBCAST ONLY] Coronavirus & Racism: Viruses and Pathogens Do Not Discriminate 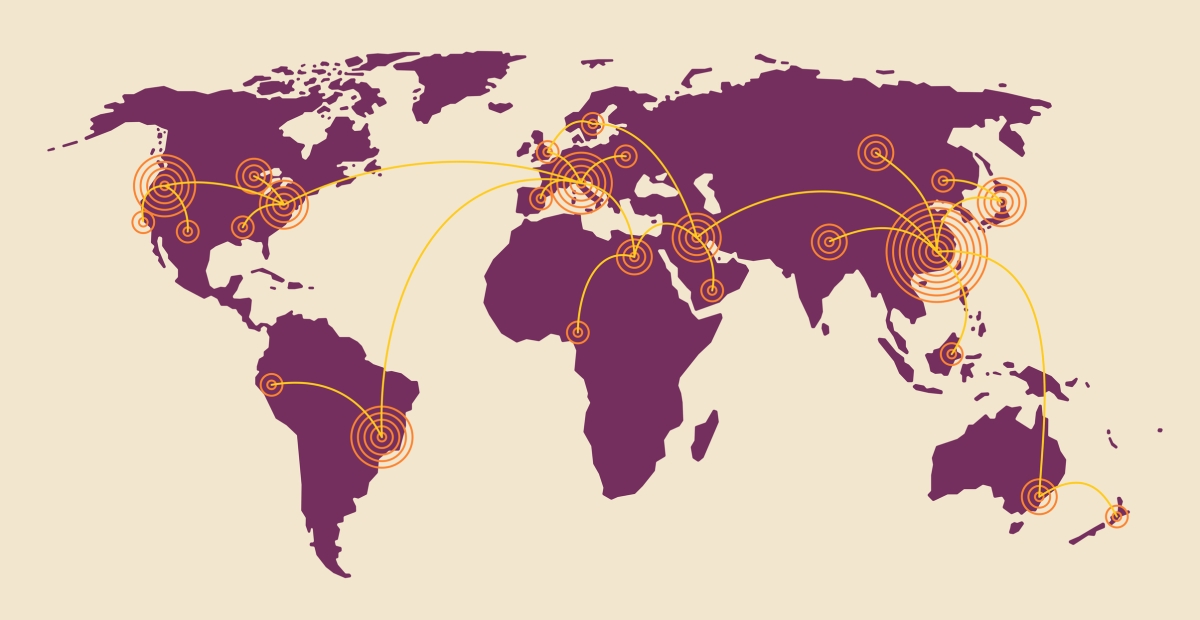 As the Coronavirus spreads across the globe, so too do racism and xenophobia. This tendency to demonize the perceived guilty party has a familiar ring to it; we remember how the SARS outbreak in 2003 fueled anti-Asian racism around the world. Nearly two decades on, people of Asian heritage – in particular, Chinese – are once again being subjected to unconscionable acts of racism and physical aggression in the wake of the outbreak. Why is this happening, well into the 21st century? Why do many people still believe that a virus has nationality? Or ethnicity? What can we do to help decry anti-Asian bigotry, dispel misinformation, and bring our communities together? Join this special Asia Society global online conversation.

Leesa Lin, is an assistant professor at the London School of Hygiene and Tropical Medicine and a visiting scholar at Harvard Medical School. She is also the founder and director of Lupine Children’s Foundation. Her work has centered on the development, implementation, and evaluation of social and behavioral change interventions that address critical public health issues, including large scale health emergencies, risk communications, child health and development, and antibiotic/antimicrobial resistance (AMR). Lin is the principal investigator of a prestigious grant (official launch in winter 2019/2020)—jointly funded by the Wellcome Trust Foundation and the U.K. Department for International Development—that aims to generate innovative and systematic ways to conduct social science research in the contexts of epidemic preparedness and response. Between 2019 and 2021, she will work closely with governments, the World Health Organization (WHO), and UNICEF at all three levels (national, regional, and headquarters) in developing, validating, and disseminating social science research protocols. From 2016 to 2017, Lin conducted evidence synthesis that supported the development of the WHO guideline on emergency risk communications. In the midst of the 2014 Ebola outbreak, she coordinated and developed evidence-based training materials on emergency risk communications for the WHO. Lin also serves as a subject expert on implementation research, emergency preparedness, and global health for the European Commission. She completed her Ph.D. training in implementation research and social epidemiology at the London School of Hygiene and Tropical Medicine, where her dissertation focused on developing evidence-based behavioral interventions to reduce inappropriate use of antibiotics beyond clinical settings. Lin received her B.A. in psychology and Asian Studies from the University of British Columbia and her M.S.P.H. in global health and population from Harvard T.H. Chan School of Public Health on a full scholarship.

Charlie Woo is the co-founder and CEO of Megatoys, an international toy manufacturer company. Megatoys has grown into a major manufacturer of toys, children’s seasonal gift baskets, and Halloween costumes, with 700 employees just in the Los Angeles facility alone. Charlie is a former Chairman of the Los Angeles Area Chamber of Commerce and has been the only Asian American to head the 128-year old business organization. Under his leadership, a reorganization effort was initiated that resulted in the Chamber restoring its reputation as the premier civic and business organization in the region. He currently chairs the Workforce Development Board for the City of Los Angeles, a commission that oversees the nation’s second largest workforce development system. He was first appointed by Mayor Bradley 24 years ago to this body and has been reappointed by Mayors Riordan, Hahn, Villaraigosa, and Garcetti as its Chair. Under his leadership, the City’s workforce development system has been recognized as model for the country for its ability to bring business, labor, the diverse community, and economic development groups together to create innovative job training programs targeting growth industries. He previously served on the California Commission on Asian and Pacific Islander American (APIA) Affairs and the State Commission for Economic Development.He is the Chair of Center for Asian Americans United for Self-Empowerment (CAUSE), a non-partisan community organization that provides leadership development as well as voter education and registration programs for the APIA community. He serves on the boards of Committee of 100, an international membership organization of world-renowned Chinese Americans; the Pat Brown Institute for Public Affairs at California State University, Los Angeles; and Southern California Public Radio.Charlie’s business accomplishments and his impact on the local community were featured by various news organizations including: Fortune, The Economist, Far East Economic Review, New York Times, Los Angeles Times, CNN, CNBC. His contributions are also featured in several books. Recently, he received the Los Angeles Area Chamber of Commerce’s 2015 “Distinguished Business Leader” Award, the organization’s highest honor. Other organizations that have recognized him include: Pat Brown Institute for Public Affairs, the League of Women Voters, the Anti-Defamation League, the UCLA Alumni Association, the California Chamber of Commerce, and the Asian Business Association. He was honored by the City of Los Angeles with the “Dream of Los Angeles Award” and the “Volunteer Citizen of the Year Award.” He also received the World Trade Center Association’s “World Trade Hall of Fame Award;” the Chinese American Museum’s “Historymakers Award;” and the “Lifetime Achievement Award” from both the Southern California Chinese Lawyers Association and Chinese-American Elected Officials. He studied Physics at UCLA where he received both his BS and MS degrees.

This is a web-only event that will be live-streamed on Facebook and YouTube. Viewers can submit questions through comments on those platforms during the live stream.

Add to Calendar 20200330T160000 20200330T173000 UTC Asia Society: [WEBCAST ONLY] Coronavirus & Racism: Viruses and Pathogens Do Not Discriminate This is a web-only event that will be live-streamed on Facebook and YouTube. Viewers can submit questions through comments on those platforms during the live stream.